Besiktas install enormous disinfection cabinet after one player and member of

Besiktas have installed a gigantic disinfection cabinet at the entrance to the club’s training ground as Turkish Super Lig sides begin to prepare for the resumption of the league.

The humongous cabinet has 20 sides and players and staff alike will be forced to enter it with a mask before participating in training as one of the hygiene measures taken by the club to prevent the spread of Covid-19.

The structure was produced by Turkish software company Etisan and will remain at BJK Nevzat Demir Facilities for the foreseeable future. 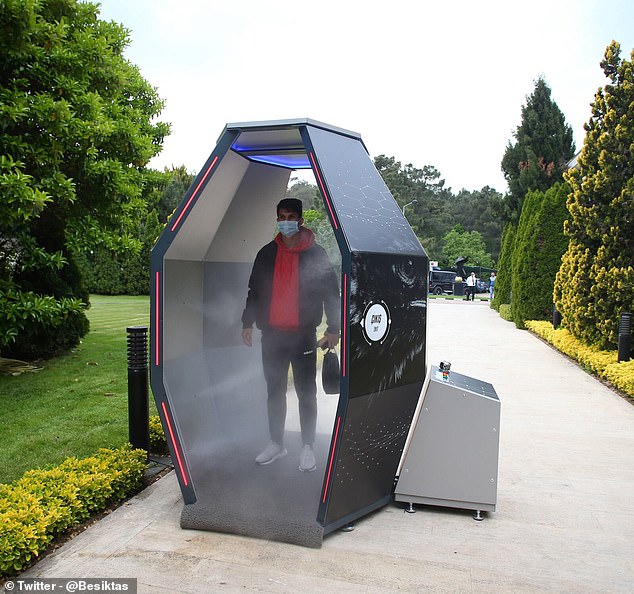 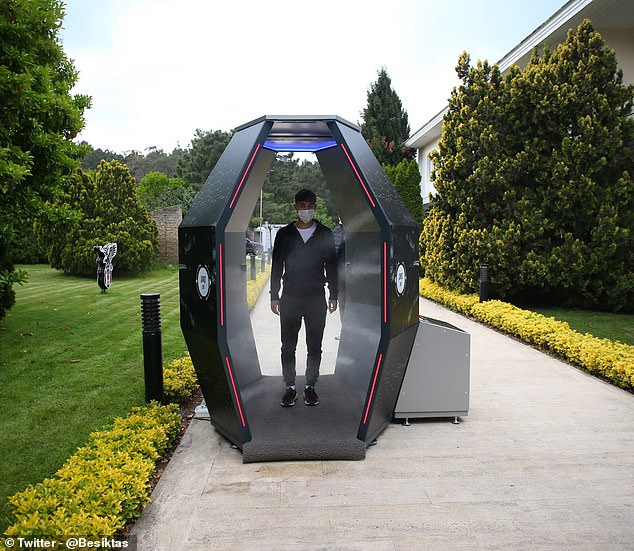 The images have emerged and the steps taken after Besiktas announced one player and a staff member tested positive for the coronavirus three days after the announcement that the Turkish league will resume next month.

Turkish football has been suspended since March 19 after safety concerns over the coronavirus.

The Super Lig was however one of the last leagues in Europe to stop playing following the Covid-19 outbreak, with Goztepe’s 2-0 win over Caykur Rizespor taking place on March 17 – nine days after the last English Premier League match was played.

They initially played on despite the first Covid-19 cases being reported in Turkey on March 11, but were forced to stop eight days later after the first fatalities from the virus. 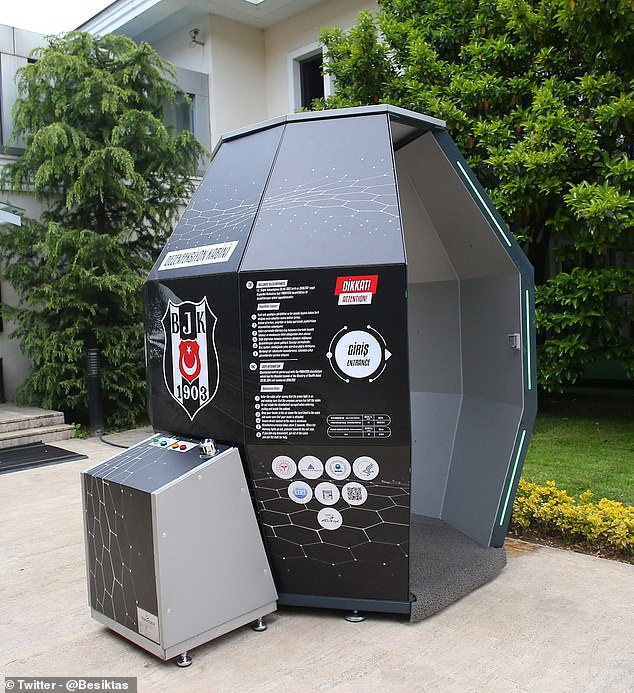 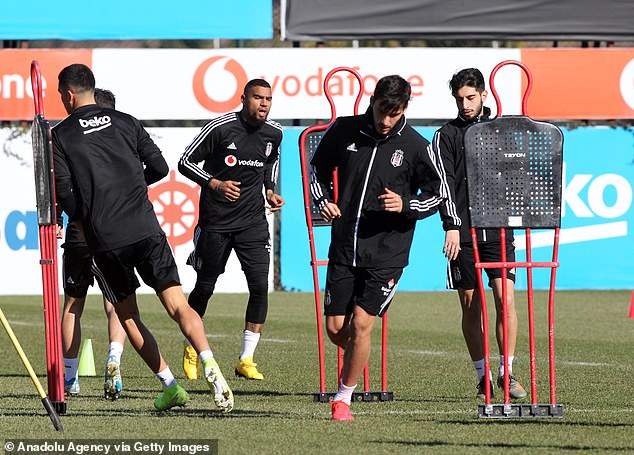 But the TFF’s president Nihat Ozdemir announced on a video conference four days ago that games will resume next month in empty stadiums with the aim to complete the respective season by July 26.

However, a row may be brewing after Ozdemir said the decision to restart was taken after consultations with the Turkish health ministry.

But health minister Fahrettin Koca came out and contradicted this, saying: ‘The federation took the decision at its own initiative, therefore, the responsibility falls on the federation.’

There’s also been pushback from some of the clubs. Sivasspor coach Riza Calimbay described the proposed return date as ‘wrong, very wrong’. 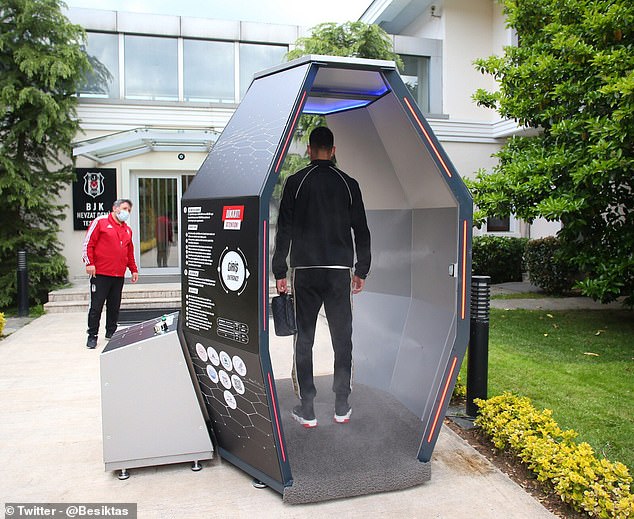 The structure will remain…

Read More:Besiktas install enormous disinfection cabinet after one player and member of