Chelsea legend Gianluca Vialli has admitted he remains ‘fragile’ after twice beating pancreatic cancer and that he still feel ‘scared’ whenever he suffers any ailment.

The former Italy striker, 55, received the all-clear from doctors back in March after going through the best part of two years of intensive treatment, including radiotherapy and chemotherapy, that saw him lose two-and-a-half stone in weight.

Vialli’s immune system has even recovered to such an extent he is at no additional risk from coronavirus and though he is a natural optimist, there remains apprehension. 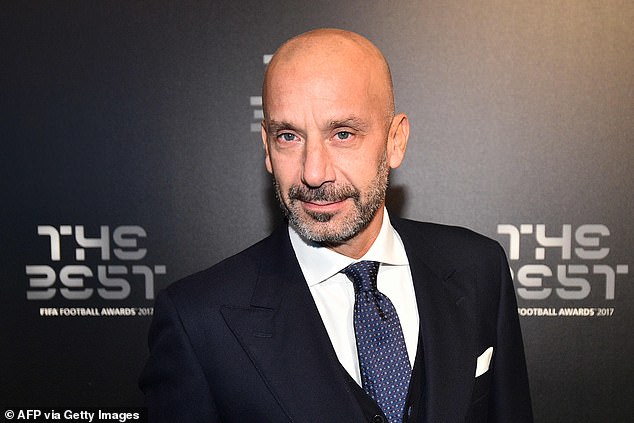 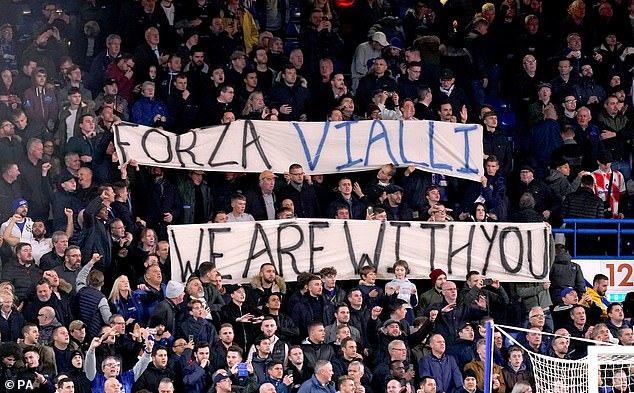 He told The Times: ‘You never know until it’s been a few years with no problems. Physically I feel good. I think I’ve got my muscles back. I’ve been working out every other day with my wife.

‘But I am still very scared and very preoccupied. One thing that will take a long time to get rid of is that feeling, whenever you wake up or go to sleep with a little tummy ache or headache or a bit of temperature, to think, ‘Oh my God, it’s back’. You are fragile.’

Vialli scored 40 goals in 88 matches for Chelsea after joining from Juventus in 1996 and was then appointed player-manager at Stamford Bridge, winning the FA Cup, League Cup and UEFA Cup Winners’ Cup.

In late 2017, he felt a sharp stab of pain ‘as if a small dog were biting my backside’. It was diagnosed as a sciatic nerve but the problem grew worse and a hernia was also discovered. 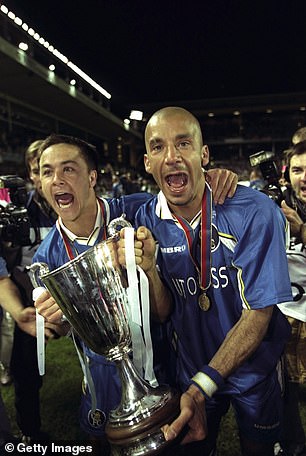 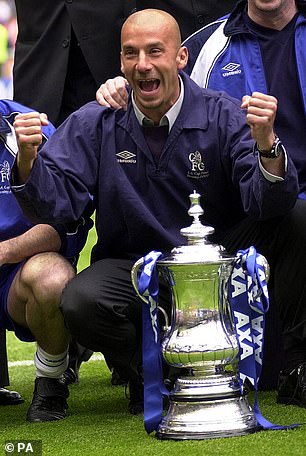 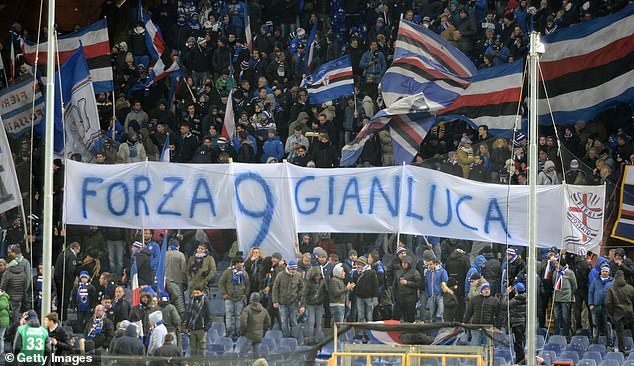 Fans of another of Vialli’s clubs, Sampdoria, wish him well during his cancer treatment

Despite surgery in Milan, Vialli continued to lose weight and feel physically drained, only able to walk a few steps at a time.

It was only after an MRI scan that the pancreatic cancer – ‘one of the worst you can have’, according to Vialli – was discovered.

Following major surgery to remove a tumour, Vialli went through eight months of treatment including six weeks of radiotherapy. ‘It’s a bombardment and, more often…