Coronavirus: Number of deaths in Italy has relegated the importance of football

The 2020 Olympic Games has been postponed until 2021 on March 24 – becoming one of the last major sporting events this summer to fall victim to the coronavirus.

Japanese prime minister Shinzo Abe held a crucial conference call with Olympics chief Thomas Bach on Tuesday to formally decide a plan and they have chosen to postpone for 12 months.

The decision also means the Tokyo Paralympic Games will be subject to a one-year delay.

Despite the delay, the name of the delayed Games will still be Tokyo 2020, the city’s governor Yuriko Koike revealed.

A joint statement from the IOC and Tokyo 2020 organising committee read: ‘In the present circumstances and based on the information provided by the WHO today, the IOC President and the Prime Minister of Japan have concluded that the Games of the XXXII Olympiad in Tokyo must be rescheduled to a date beyond 2020 but not later than summer 2021, to safeguard the health of the athletes, everybody involved in the Olympic Games and the international community.

There was plenty of scepticism whether the Olympics would pull through and continue as scheduled while events linked to the games were called off. The Olympic torch relay in Greece was cancelled on Friday March 13 – just a day after the flame was lit in Olympia. 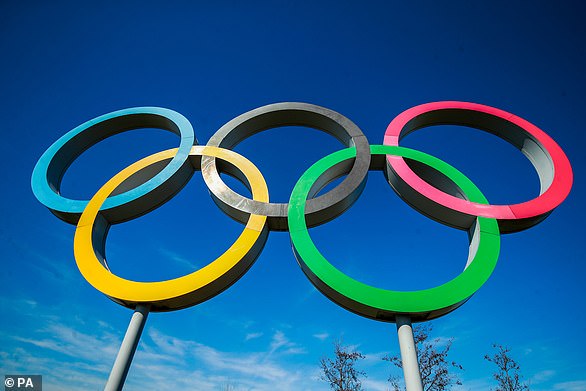 Large crowds mobbed Hollywood actor Gerard Butler as he lit the cauldron in the Greek city of Sparta despite repeated warnings for spectators not to attend because of coronavirus.

That forced the decision by the Greek Olympic Committee to halt the torch relay on Greek soil on just the second day of its scheduled eight-day journey. It is the only the third time that a relay to Athens for the summer Games has not been completed.

The Olympic flame will still be handed over to the Tokyo 2020 organising committee at the Panathenaic Stadium in Athens on Thursday March 19, but without fans present.

Athletes were told to keep training but many struggled considering the government lock-down measures put in place.

On Friday March 13 US president Donald Trump’s suggestion to postpone the Tokyo Olympics for a year because of the coronavirus was immediately shot down by Japan’s Olympic minister.

‘The IOC and the organising committee are not considering cancellation or a postponement – absolutely not at all,’ Seiko Hashimoto, an Olympic bronze medalist, told a news conference in Tokyo.

Read More:Coronavirus: Number of deaths in Italy has relegated the importance of football

Lukaku claims football should have been suspended earlier due to coronavirus