Could a ‘neutral’ Russia team play at the 2022 World Cup?! FIFA refuse to rule


Could a ‘neutral’ Russia team play at the 2022 World Cup?! FIFA refuse to rule out banned nation playing without their flag, anthem and name in Qatar despite being suspended for four years over doping data breaches

After being hit with a four-year blanket ban from international sporting competition, the door was left slightly ajar for a ‘neutral’ Russian team to play at the 2022 World Cup.

Russia were informed on Monday morning that they were not able to compete at the World Cup in Qatar or either of the next two Olympic Games.

But after the news broke, FIFA refused to rule out the banned nation playing without their flag, anthem and name in Qatar in three years time. 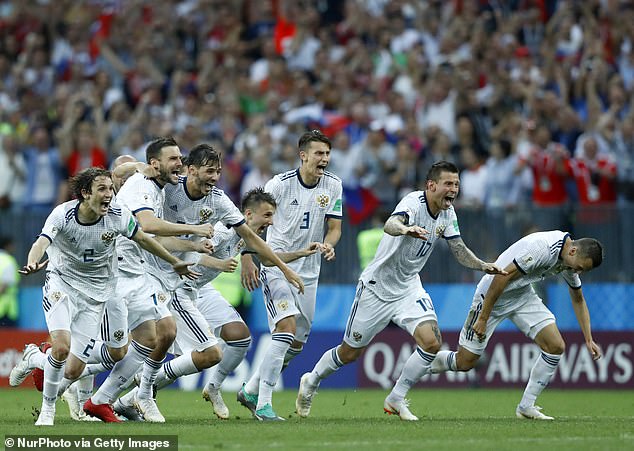 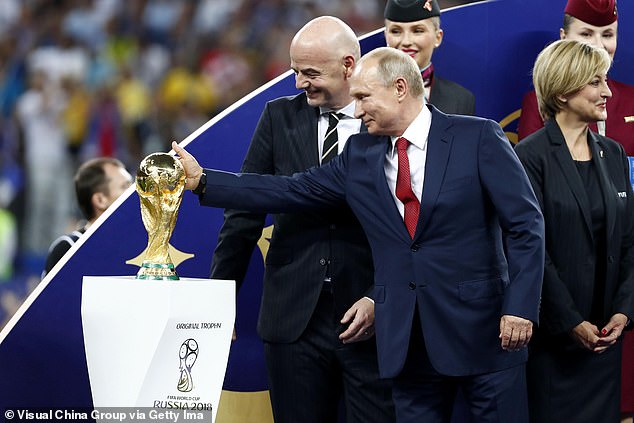 FIFA were not sure whether a team could enter the World Cup as neutral, and the governing body confirmed they were in contact with the World Anti-Doping Agency (WADA) ‘to clarify the extent of the decision in regards to football.’

However, WADA have since clarified that Russia would be called Russia at the 2022 World Cup qualifiers but that a new neutral team could apply in Qatar.

FIFA and WADA will now deliberate over this, with the latter seeming to have veto power.

Expert advisers had been urged to take a hard line with their punishment for Russia following ongoing doping allegations, and a lengthy ban has now been dished out.

Russia have 21 days to appeal the huge ban, which will not apply to next summer’s European Championship, which the country qualified for and will host matches in St Petersburg. 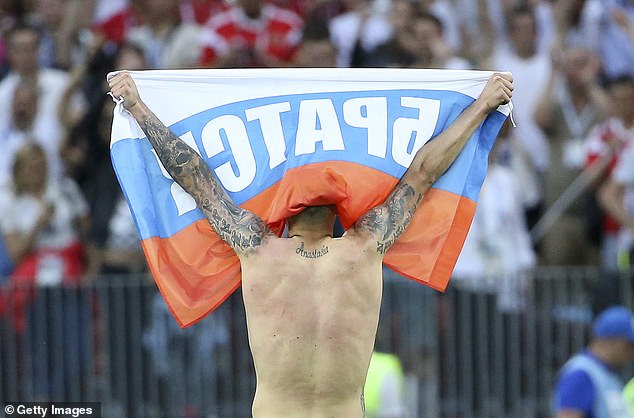 UEFA is not defined as a ‘major event organisation’ with regards to anti-doping breaches, meaning Russia are free to compete at Euro 2020.

Despite the suspension, WADA vice-president Linda Helleland told reporters on Monday that the ban was ‘not enough’.

‘I wanted sanctions that can not be watered down. We owe it to the clean athletes to implement the sanctions as strongly as possible.’

The International Olympic Committee have already said they would be willing to allow Russian athletes who can prove they are clean to compete under a neutral flag, as at last year’s Pyeongchang Winter Olympics.

The number of Russian athletes who competed under the neutral banner at the 2018 Games in South Korea was 168, after the country was banned following their hosting of the 2014 Games in Sochi.

EURO 2020 DRAW GUIDE: Who will Gareth Southgate want to avoid in next summer’s