England will host four-time World Cup winners Italy as they step up their preparations for the Euro 2020 finals.

The Azzurri, who were crowned European champions in 1968, will head for Wembley on Friday, March 27 in the first of four friendlies in the build-up to next summer’s tournament. 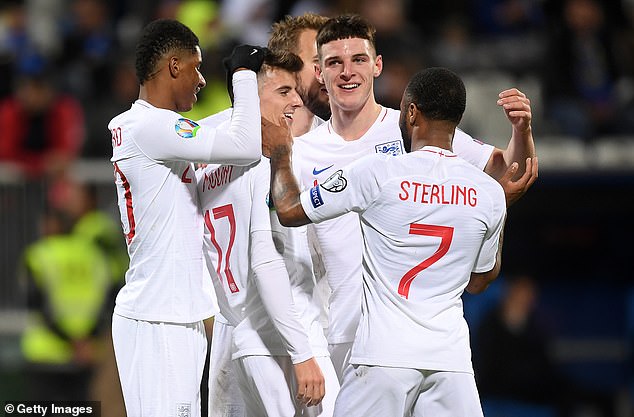 ‘The fixture will be the first of four tests to help the Three Lions prepare for next summer’s UEFA EURO 2020.

‘The occasion will also be designated as The Heads Up International in support of The FA’s charitable partnership with HRH The Duke of Cambridge’s Heads Together mental health initiative.’

The Italians have been drawn in the same group as Wales, and Gareth Southgate’s men will face another fellow finalist four days later when Denmark head for Wembley.

They will complete their pre-tournament programme with a trip to Vienna to face Austria at the Ernst Happel Stadion on Tuesday, June 2 before a home clash with Romania at a venue still to be confirmed five days later.

England’s campaign gets under way against Croatia on Sunday, June 14 with the winner of the play-off path featuring Scotland, Israel, Norway and Serbia their next opponents on Friday, June 19 and the Czech Republic waiting in the wings for the final Group D fixture on Tuesday, June 23 with all three games taking place at Wembley.

Read More:England to play Italy at Wembley in March as they prepare for Euro 2020