‘If something interesting was to come up, I’d think about it’: Former Bayern Munich and Manchester United star Bastian Schweinsteiger admits he is considering return to football in managerial role

Former Bayern Munich and Manchester United star Bastian Schweinsteiger has refused to rule out a return to football as manager just a year after retiring from playing.

The 35-year-old hung up his boots last year after a three-season spell with the Chicago Fire in the MLS.

But the former Germany international and World Cup winner is now eyeing a comeback after admitting he misses the excitement of professional football. 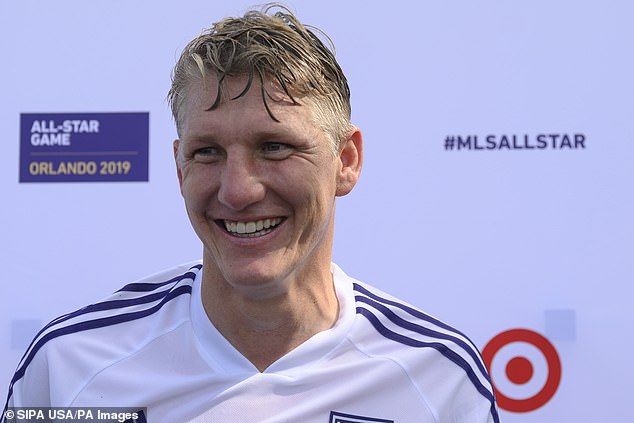 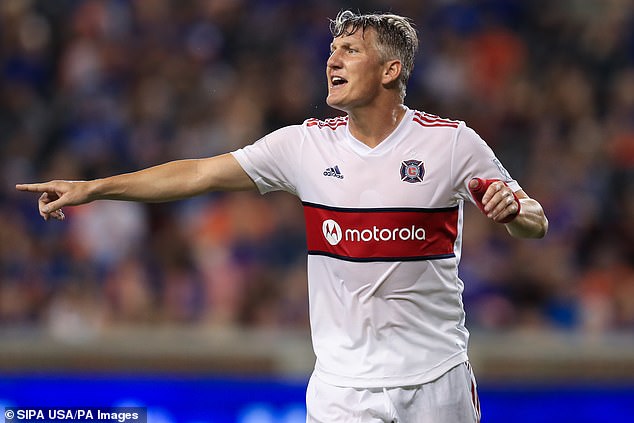 ‘If something interesting was to come up at some point that I would enjoy, I’d think about it,’ Schweinsteiger told German outlet Frankfurter Allgemeine Sonntagszeitung.

‘But whenever I do something, I want to win and achieve something.’

Schweinsteiger – who won the 2016 FA Cup with United during his two-year stint at Old Trafford – is currently employed as an analyst with German broadcaster ARD, and he says it is a role that he is relishing. 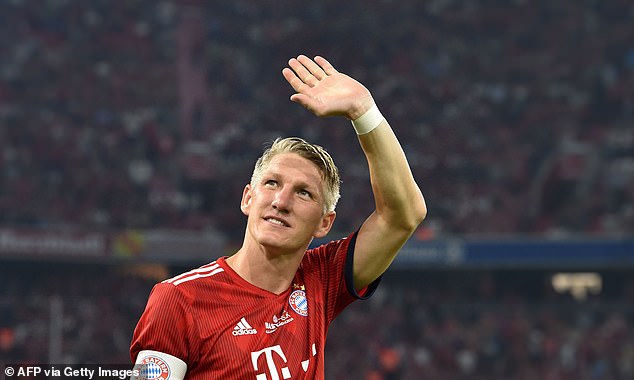 ‘It suits me down to the ground to analyse games, especially after a long career in which I was constantly asking to have more time for my family,’ he continued.

The former Munich midfielder also revealed his delight at the return of the Bundesliga after a two-month break due to the coronavirus crisis.

But he admitted to experiencing a lack of fulfilment when watching the games without full stadiums and crowds. 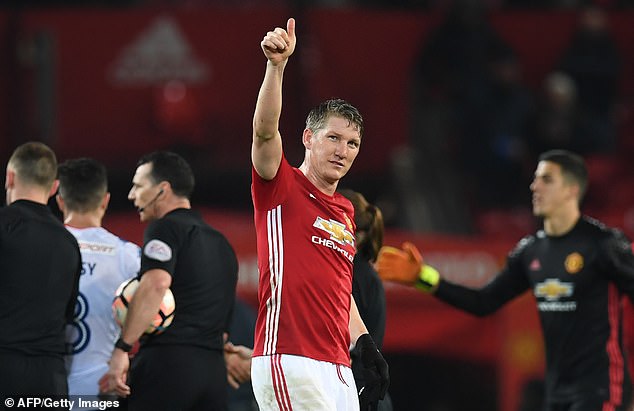 ‘You’re used to watching the games played out in front of 50,000 fans, but after this long break, I’m also happy to be able to finally watch football again,’ he said before going on to explain why teams appear to be finding it more difficult to win at home since the resumption.

‘If a stadium is full, like in Dortmund, for example, the fans exert a tremendous pressure and that’s missing now.’

During his playing career, Schweinsteiger enjoyed a 13-year career with Bayern Munich, where he won 18 trophies including eight Bundesliga titles and the 2013 Champions League.

He also featured 121 times for Germany,…