Francis Coquelin was once embarrassed by Eden Hazard’s genius on a dismal day for Arsenal at Chelsea… now, as the Valencia midfielder lines up against the Real Madrid ace again, can he finally banish the demons of THAT goal at Stamford Bridge?

There were very few things Premier League midfielders hated more than Eden Hazard running towards them at full flight.

His low centre of gravity, explosive pace and immaculate dribbling technique meant the Belgian was one of the most feared attackers in the English top flight during his seven years at Chelsea.

Former Arsenal midfielder Francis Coquelin was one of those to witness first hand the damage Hazard can do with the ball at his feet and a retreating defence in front of him. 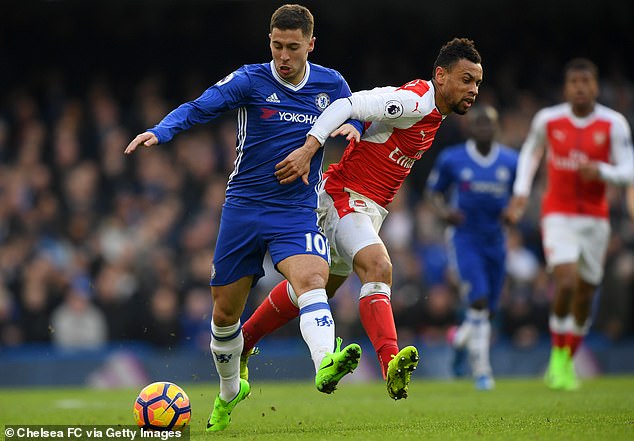 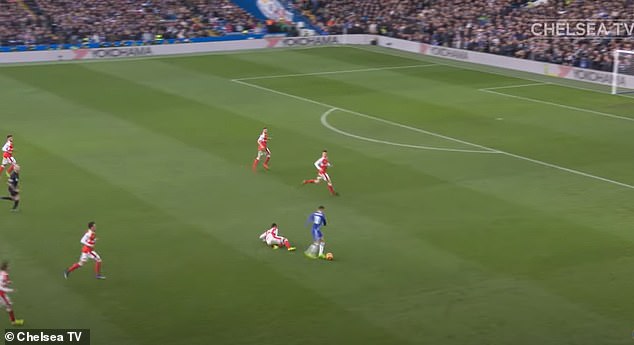 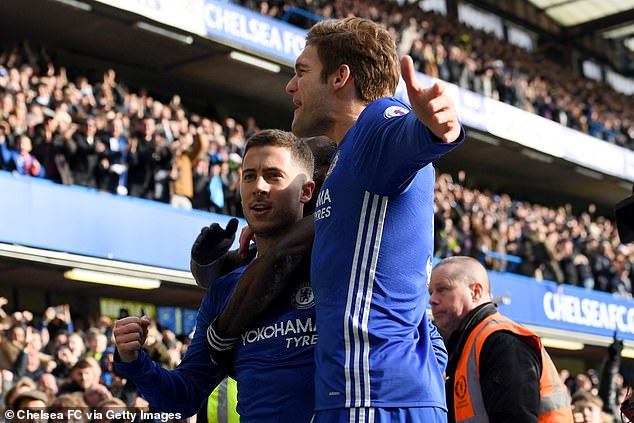 When the Valencia midfielder lines up against the Belgian, now also in LaLiga at Real Madrid, tonight his mind will inevitably flicker back to a miserable afternoon at Stamford Bridge in 2017.

Less than 10 minutes of the second half had been played when, with the Blues already 1-0 in front, Hazard picked up the ball just inside his own half.

There appeared to be very little trouble for Arsenal to deal with initially with five players surrounding Hazard after taking his first touch.

He first managed to glide past Laurent Koscielny, who stuck out a leg but never looked like having a chance of halting the attack there.

Then came Coquelin, supposedly Arsenal’s midfield enforcer and protector that day. Hazard cut inside him as the Frenchman could only jump in the air to avoid conceding a foul on the halfway line. He should have just wiped him out there. 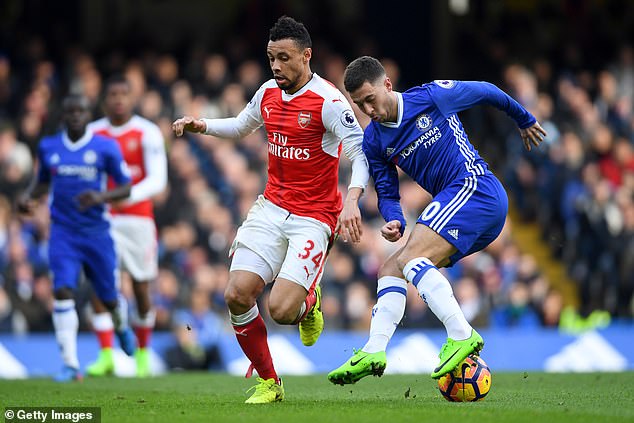 It proved to be a tough afternoon for the Frenchman, who could not contain Hazard all game

After missing his first opportunity to bring him to ground, Coquelin kept at it as Hazard sprinted downfield.

Coquelin then tried to stick a foot in but lost all sense of balance, spun around and ended up in a heap on the floor. He quickly regained his balance but by this point Hazard was bearing down on Koscielny again and Coquelin became a spectator to one of the Premier League’s great goals.

Read More:Francis Coquelin was once embarrassed by Eden Hazard’s genius on a dismal day at