‘He’ll be important for us’: Barcelona boss Quique Setien backs Antoine Griezmann to help the club win LaLiga title race after Leganes victory… as striker looks to address his slow start to life at the Nou Camp

Barcelona manager Quique Setien has supported his criticised forward Antione Griezmann after a slow start to life at the Nou Camp for the Frenchman.

Griezmann joined from Atletico Madrid last summer and has had an indifferent campaign, scoring eight goals in 27 La Liga matches.

The Frenchman played the full 90 minutes against Leganes, after featuring for just one half in Barcelona’s first match back against Real Mallorca. 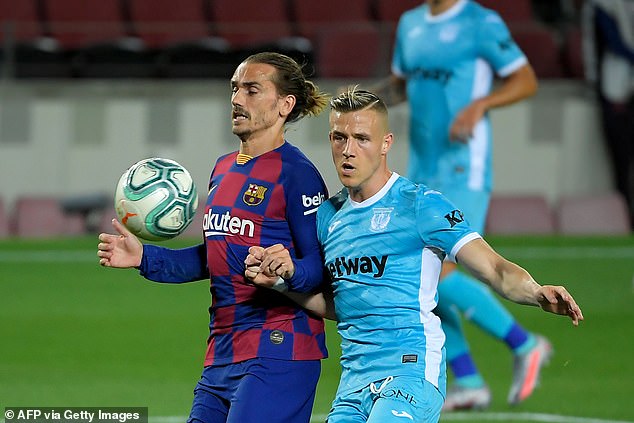 ‘It’s not easy for him to play inside, instead of centrally,’ Setien explained to Marca.

‘With so many players to accommodate, it is difficult. Griezmann has done a good job tonight.

‘He scored a goal which was ruled out, and he’ll be important for us in the coming weeks.’

The Barca boss also admitted that he has a selection headache as the Catalan giants looks to secure the La Liga title in the coming weeks.

Centre-back Gerard Pique picked up an injury during the 2-0 victory against Leganes and Samuel Umtiti is set to serve a suspension for the accumulation of too many yellow cards. 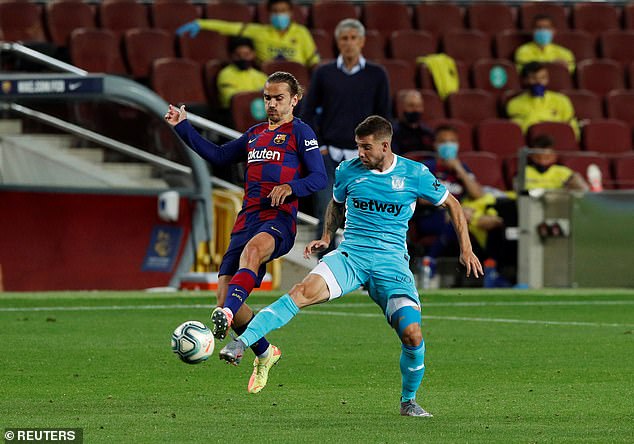 Read More:‘He’ll be important for us’: Quique Setien backs Antione Griezmann to help