Fancy yourself as a boss, Branislav? Watch the hilarious moment former Chelsea defender Ivanovic discusses Zenit’s tactics… and then realises he’s giving them away on the big screen!

Former Chelsea man Branislav Ivanovic may well have ambitions to become a coach one day, and unintentionally took to the big screen in Zenit St Petersburg’s recent match to show off his tactical nous.

The Serbian defender was among the substitutes on Wednesday night, as Zenit took on FC Tom Tomsk in the round of 16 in the Russian Cup.

As club legend Yuri Zhirkov returned to the bench after coming off the field, Ivanovic launched into an animated tactical conversation with wide ranging gestures. 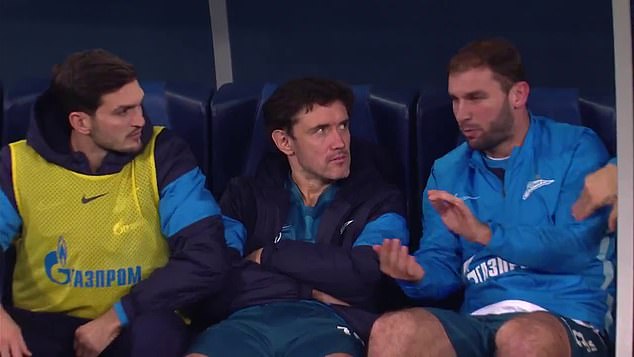 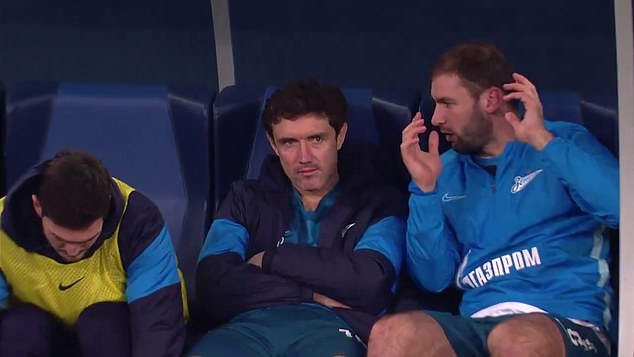 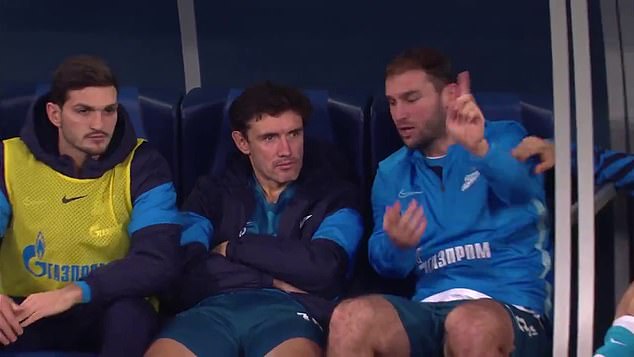 The ex-Chelsea man was getting well into his flow, as his team-mates started to burst into laughter around him after realising what was happening.

Unaware, Ivanovic continued, as Zhirkov carried a puzzled expression on his face. 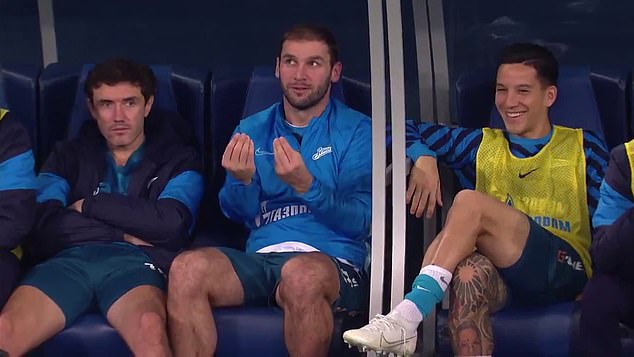 It was only after several moments that Ivanovic was alerted by his team-mates that he was in fact on the stadium’s big screen, after being picked up by the cameras.

Peering up to see himself being beamed around the stadium, Ivanovic froze mid-conversation, before breaking out into a little grin.

After signing for Zenit from Chelsea in February 2017, Ivanovic took over as club captain and has become a bedrock of the side.

Ivanovic was afforded a rest for the cup clash, though has played 15 times this season, scoring two goals.

Whatever Zenit’s tactics were on the night, however, they certainly seemed to work. 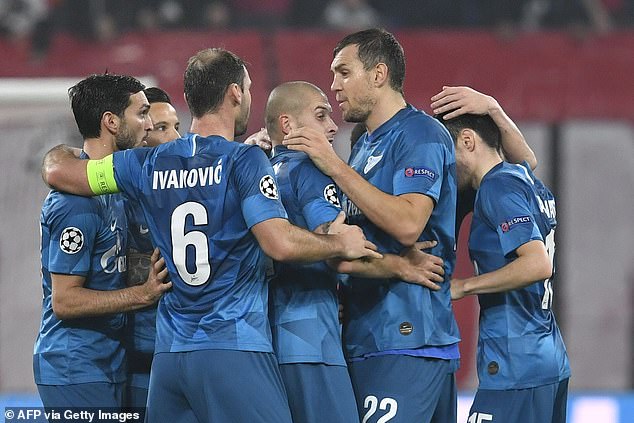 The Russia giants ran out 4-0 winners in the match, brushing aside their opponents and breezing into the next round.

Igor Smolnikov got Zenit off the mark in the first half, with the teams entering the halfway interval finely poised with a slender 1-0 scoreline.

A re-energised Zenit emerged for the second period however, with Aleksei Sutormin and Aleksandr Yerokhin adding a second and third before Oleg Shatov capped off the victory in the closing moments.