Lionel Messi is set to sign a new contract with Barcelona that will keep the Argentine superstar at the club until 2023, according to reports in Spain.

The club legend’s current deal runs until the end of next season and president Josep Maria Bartomeu has been desperately trying to convince him to put pen to paper on fresh terms.

Messi had the option to enable a release clause that would have allowed him to leave this summer but that expires on June 10 with all signs pointing towards him staying put. 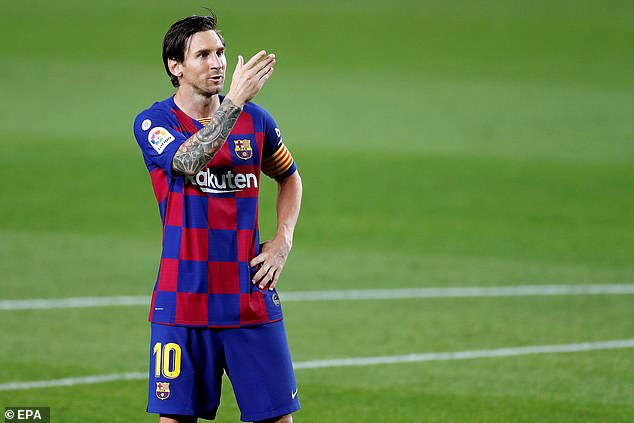 Now, according to reports in Spain, Messi is poised to agree a new contract that will see him stay at the Nou Camp for a further two years.

Mundo Deportivo claim the new deal will be the same terms as his current contract and will allow Messi the chance to terminate the deal if he decides to leave.

It is claimed the club are in constant talks with Messi’s father and agent, Jorge, but formal talks have not begun yet while Quique Setien’s side are focused on winning LaLiga and the Champions League.

The 32-year-old signed his last contract back in 2017 and there had been rumblings of discontent, sparking speculation that he could seek a move away. 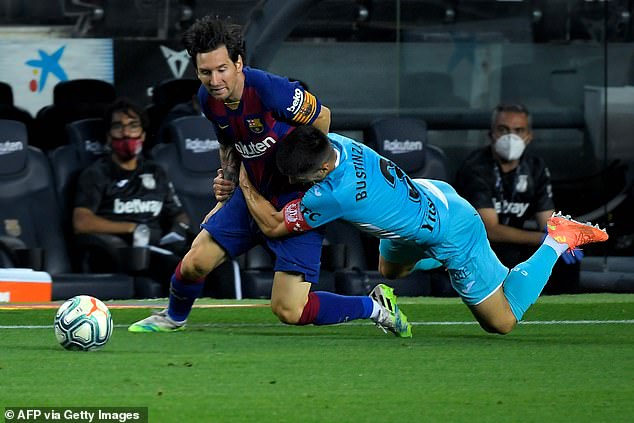 Messi has returned to action with a bang, scoring two goals and assisting two in two games

But Messi has always spoken about his desire to finish his career at Barcelona, where he penned his first deal in 2005 and has had eight contract renewals since.

The forward is considered Barca’s greatest ever player and has won 34 major trophies, including 10 LaLiga and four Champions League titles.

Messi has returned to action with a bang after the coronavirus pandemic halted the LaLiga campaign for three months.

Barcelona have collected two wins from two games with Messi scoring twice and providing two assists in the victories over Mallorca and Leganes.