‘I can reach the top of the world… I feel good enough to make it’: Sandro Tonali backs himself to get to football’s summit amid Barcelona interest but insists he is not Andrea Pirlo’s ‘heir’

Barcelona target Sandro Tonali is confident he has what it takes to ‘reach the top of the world’ as he continues to excel in Serie A with lowly Brescia.

Despite Brescia being bottom of Serie A, Tonali has demonstrated his class with several quality performances in midfield.

The 20-year-old has so far produced five assists and scored once in his first season of top-flight football – having helped Brescia win promotion from Serie B last campaign. 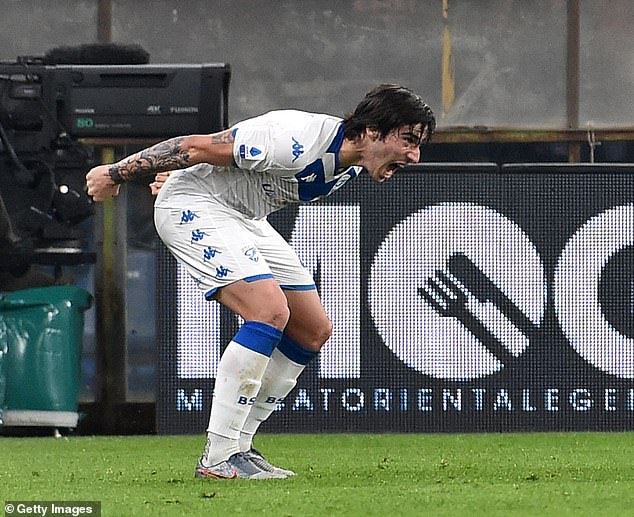 His subsequent displays have attracted interest from Barcelona and seen him win three caps for Italy but Tonali believes this is a lot more to come from himself.

‘I know that with the right sacrifices, I can reach the top of the world,’ he told Sportsweek as quoted by Football Italia.

‘I haven’t achieved half of what I have in mind, but I feel good enough to make it.’

The midfielder has been likened to Italy legend Andrea Pirlo for their style on the pitch and appearance – with the latter beginning his career at Brescia too.

And while flattered by the comparison, Tonali has distanced himself from those compliments.

‘No, I’m not his heir,’ Tonali added. ‘To begin with, I don’t have his long, millimetre precise, through balls. And I do envy him.’ 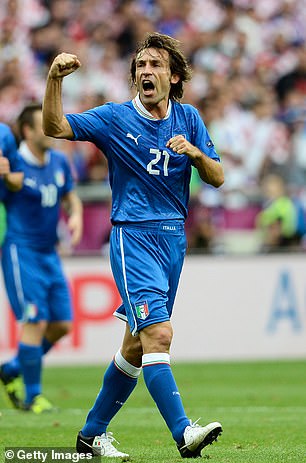 
Read More:Sandro Tonali backs himself to reach football’s summit but is not the ‘heir’ to