Spanish football restarts tonight… with a game stuck at half-time! Rayo Vallecano and Albacete will play the remaining 45 minutes of their game which was abandoned in DECEMBER

The longest-postponed game in the history of football will restart tonight as Rayo Vallecano and Albacete play the second half of their contest which started in December.

Both sides will play out the remaining 45 minutes in an empty Vallecas Stadium on Wednesday, after the match was abandoned nearly six months ago due to offensive chanting, and Albacete will play with 10 men after their player Eddy Israfilov received a red card towards the end of the first half on December 15.

It was goalless at half-time in the Segunda Division clash, when Rayo fans accused Albacete’s Ukrainian forward Roman Zozulya of being a Nazi and belonging to far-right groups in his homeland. 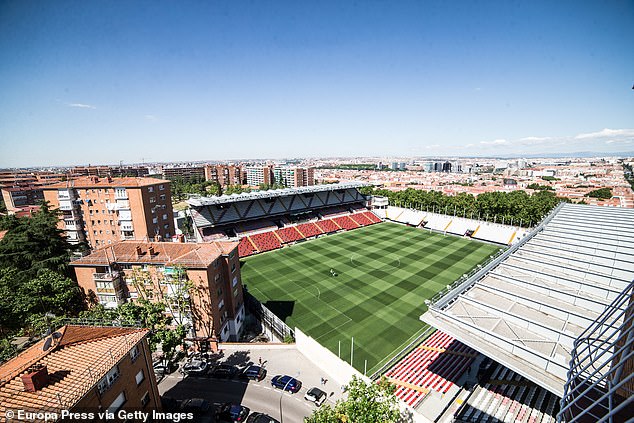 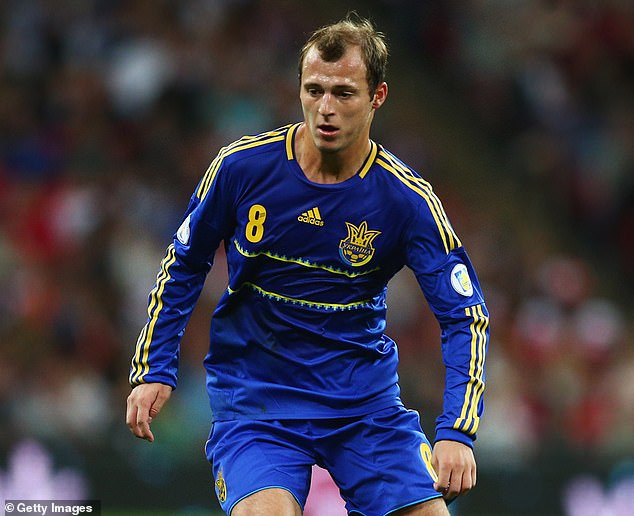 ‘I think something like this has never happened in history,’ said Albacete head coach Lucas Alcaraz on Tuesday.

‘There is nothing weirder than having to prepare a match that you have to start with 10 men, that you play after three months of inactivity, without a pre-season and without the fans.’

Alcaraz actually wasn’t the manager when the two teams met in December – Luis Miguel Ramis was dismissed as Albacete head coach in February. 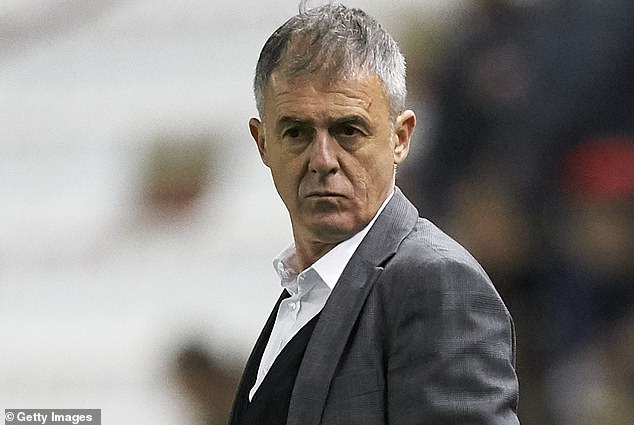 ‘It will be weird,’ said his opposite number, Rayo boss Paco Jemez.

‘Due to playing only 45 minutes, that it was a late game, we will be with one more (player)… and because it is the first after everything that has happened in our country.

‘There will be many eyes watching not only sports but how everything will work. We will try to give a good example. It will be a very different football (game).’

Zozulya also signed for Rayo in 2017, but left the club without playing a match after receiving a hostile reception from the club’s supporters at his first training session. 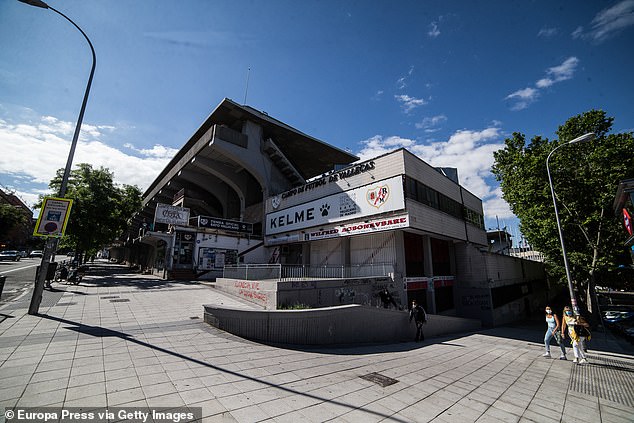 The game in December was the first and only time a Spanish football match has been abandoned for offensive chanting, but it will restart tonight after its original reschedule date in February also didn’t materialise.