Gareth Bale is facing a ban from golf during Euro 2020 because Ryan Giggs wants his star man to be fully focused on his job ahead.

Bale has recently been criticised back in Madrid for showing more interest in golf than football and arranges rounds during time off when on duty with Wales.

Giggs, who took over as Wales boss at the beginning of the year by replacing Chris Coleman, doesn’t want Bale to pick up a recurrence of one of his muscle injuries by swinging a golf club. 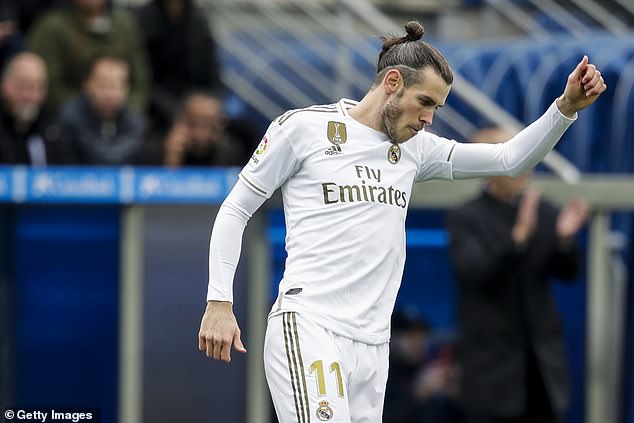 Jonathan Ford, the Welsh FA’s chief executive, has been researching training camps, possibly in Azerbaijan ahead of next summer’s tournament.

But Ford insists there will be no golf courses nearby: ‘Ryan is clear that while in camp our focus should be on the football. Golf won’t be on my checklist when I look at base camps.

‘You can’t be in a situation where you have players risking their fitness by playing golf. I appreciate that some players look at it differently. You can’t train all day so there has to be some entertainment for the guys.’

Wales found out their Euro 2020 fate on Saturday, where they will face Switzerland on June 13 and Turkey four days later – both at Baku’s Olympic Stadium.

Their final group game will be against Italy at the Stadio Olimpico in Rome on June 21.

Bale drew criticism for dancing with a ‘Wales. Golf. Madrid’ banner after qualifying for Euros