‘Yes, I’m thinking about it’: Manchester United star Anthony Martial says he hopes to impress France boss Didier Deschamps and win a Euro 2020 spot after TWO YEARS without a call-up

Manchester United forward Anthony Martial is hopeful he can return to the fold for France and book a spot in the Euro 2020 squad after two years without a call-up by manager Didier Deschamps.

The Frenchman has not been selected since March 2018 in a friendly against Russia, and missed out on his country’s victorious World Cup campaign in Russia a few months later.

But with the Red Devils star currently in form under Ole Gunnar Solskjaer, he has admitted that the summer tournament has crossed his mind. ‘Yes, I’m thinking about it,’ he told RMC Sport. ‘I want to go to the Euros. We’ll see. I do my job, that’s all. 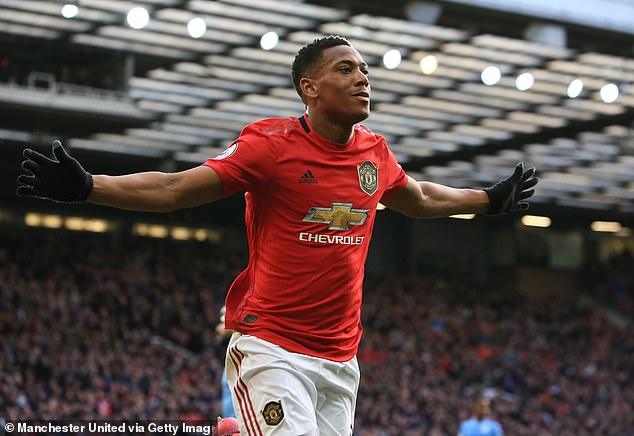 ‘I’m trying to do my best to help United finish in the top four. I will try to score as many goals as possible to finish the season well.’

Deschamp insisted in November that Martial had not been forgotten about, saying: ‘He came back [from injury] not so long ago and it’s going well in his role as a central striker with Manchester United. For a long time he’s been part of the players likely to be called up.’

Martial opened the scoring for United in their 2-0 win over rivals Manchester City on Sunday, and he took his goal tally to 16 for the season after four strikes in his last six. 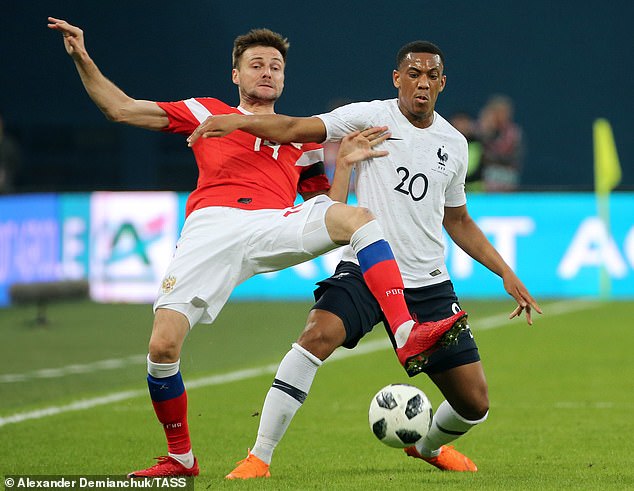 The 24-year-old moved to Manchester United for £36million in 2015 and immediately tipped as a star of the future, but has been inconsistent throughout his five seasons at Old Trafford, which might have led to his absence from the France squad.

He has 64 goals in total during 208 appearances for the club and has won three trophies – the FA Cup, the EFL Cup and the Europa League.

For France he has picked up 18 caps, scoring just once in 2016, and was included in the squad that reached the final of Euro 2016 in his home country, before they were beaten to the grand prize by Portugal.