The best Euro football kits ever worn at the European Championships


Nothing helps stir the memories of halcyon football summers like the iconic kits which are indelibly linked to each tournaments.

For England fans, memories of Euro Championships are more often repressed than celebrated, with images of Gareth Southgate‘s all-grey strip reflecting the dour national mood after his missed semi-final penalty on home soil in 1996.

While for Roy Hodgson and his 2016 cohort in France, the bolt of Iceland’s blue kit will forever revive unpleasant thoughts.

Meanwhile Southgate will be hoping for Euro redemption this summer in a Nike kit which is yet to be released.

As fans across Europe gear up for another summer of agony and ecstasy while wearing their shirts proudly, here are five of the best kits in Euros history to get you salivating. 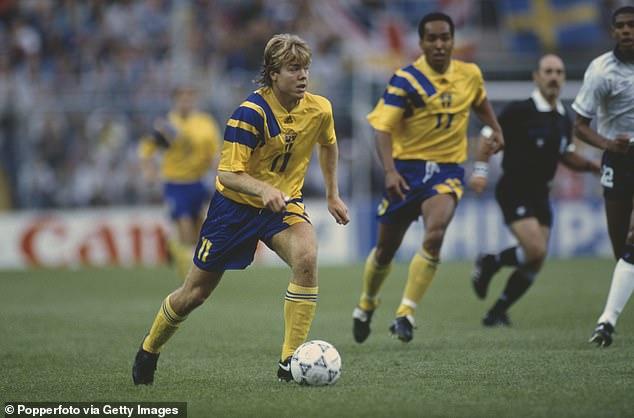 The 1992 European Championships were bittersweet for Sweden.

It was the Scandinavians’ first ever taste of the Euros having been chosen as hosts for the tournament.

Their previous experience of hosting a tournament was the 1958 World Cup, where they finished as runners up.

They started the 1992 tournament well, beating Graham Taylor’s England in the group stages (prompting the infamous Swedes 2 Turnips 1 headlines the morning after) to progress to the semi-finals, where they again fell short, losing 2-3 to Germany. 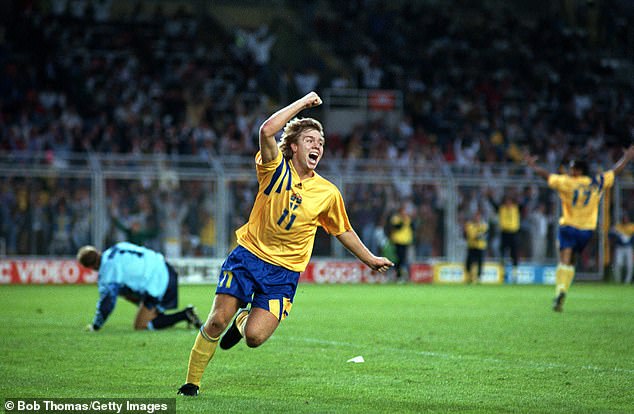 But their striking kit featuring a bold blue and yellow Adidas design won over their fans.

It was based on Liverpool’s Adidas kit from the previous season, but the bold colours elevated it beyond the Reds’ more understated red and white strip.

The three large angled stripes on the top right shoulder and bottom left of the shorts added a very early 1990s flair to the ensemble.

The tournament was also the first to see names on the back of shirts and numbers on the front which added another dimension to the design. 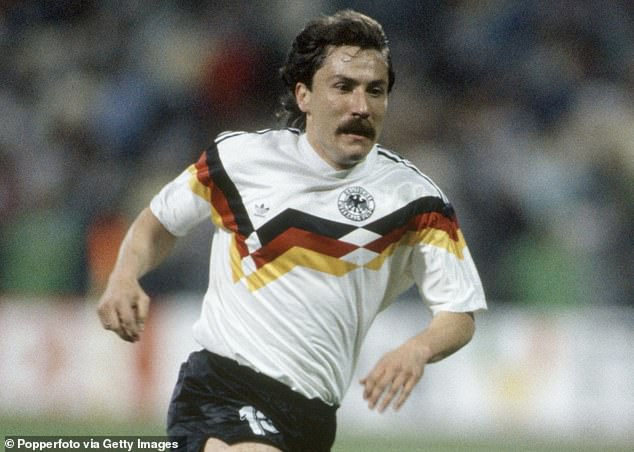 Certain kits perfectly capture a moment in time, and few do this better than the West Germany Euro kit of 1988.

It is more commonly remembered as the shirt worn at Italia 1990 when West Germany won the iconic tournament, but it was debuted during the Euros two years earlier.

West Germany hosted the 1988 Euros and lost in the semi-finals to eventual winners the Netherlands. 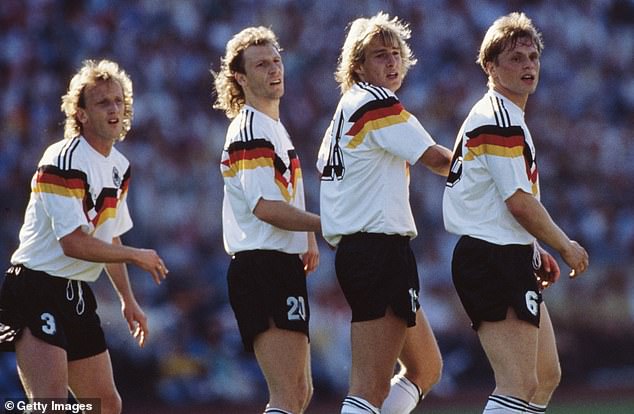 The angular black, red and gold bands across the chest reflected the fashion of the time

The design features the black red and gold of the national flag sprawling across the chest of the white Adidas shirt.

The angular and irregular pattern evokes the burgeoning techno scene of which Germany was at the cultural centre, with its eye-catching colours and discordant heartbeat-like design.