Making a splash! Marseille striker Dario Benedetto treated for head injury by being given a SWIMMING CAP as French club stumble to late draw with Amiens

As far as bizarre injury treatments go, Marseille striker Dario Benedetto’s remedy for a head injury sustained against Amiens is right up there.

After taking a knock to the head during play, Benedetto and his team-mates were left slightly puzzled after medical staff attended to the injury before presenting him with a swimming cap.

The bright blue rubber number was then worn by Argentine striker Benedetto for the remainder of the match, gathering stares from fans and fellow players alike. 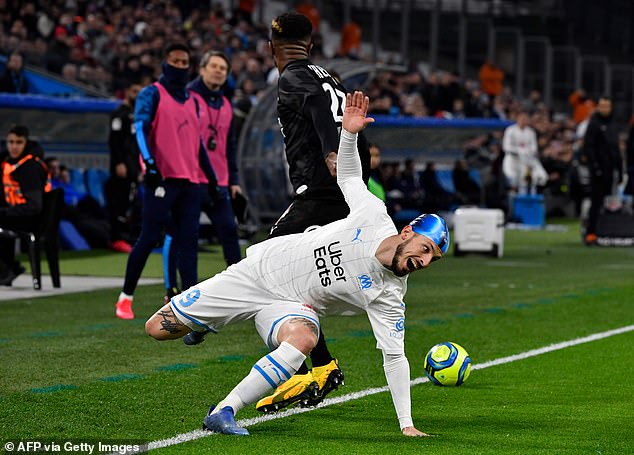 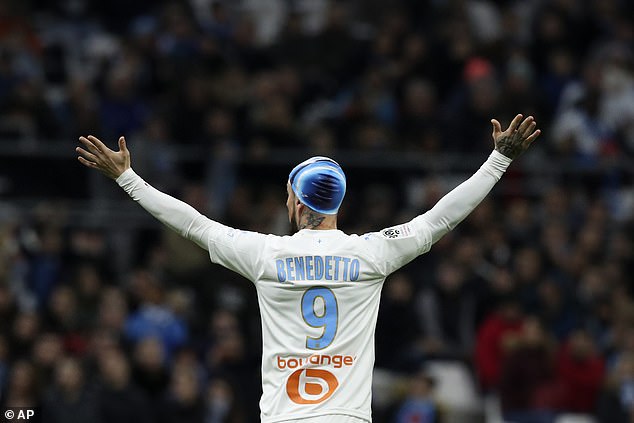 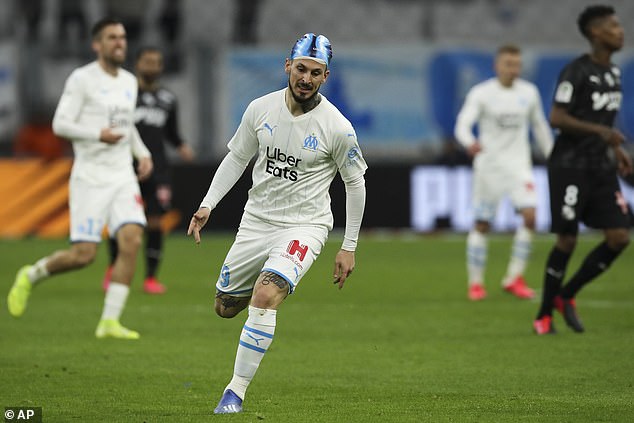 Marseille took a healthy 2-0 lead in the match yet, despite Michael Phelps impersonator Benedetto leading the forward line, the French giants began to crumble in the latter stages.

Second-placed Marseille, who are now 12 points behind runaway leaders Paris Saint Germain, seemed to be cruising when Morgan Sanson and former West Ham star Dimitri Payet scored either side of half-time.

Relegation-threatened Amiens frustrated Andre Villas-Boas’ side during a first half in which Guirassy had the best early opening. 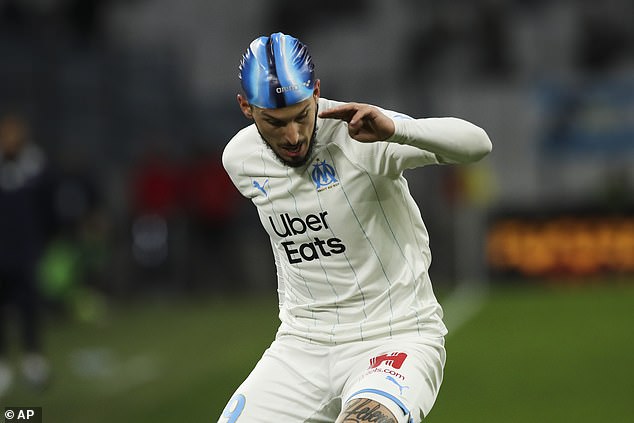 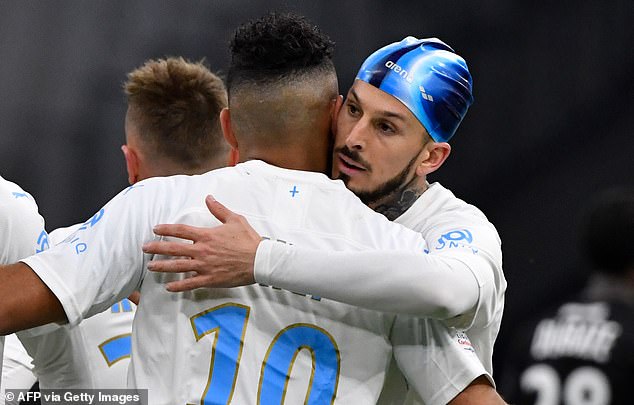 But Marseille took the lead in first-half stoppage time when Amiens goalkeeper Regis Gurtner allowed Sanson’s drive from the edge of the box to evade his grasp.

Payet was out-of-sorts in the first period but he sliced through the Amiens defence after 57 minutes, just moments after Guirassy had a close-range effort disallowed for offside.

The France forward’s ninth goal of the season arrived with a cruel deflection off Aurelien Chedjou.

Amiens kept pushing, however, and Guirassy won and converted a penalty before heading against the crossbar two minutes later.

Marseille looked as if they would hold on for a fifth win in six league games until Ghoddos pounced from close range with virtually the last kick of the match.

Read More:Marseille striker Benedetto treated for head injury by being given SWIMMING CAP