The Spanish media are still raging over Gareth Bale‘s celebrations with Wales earlier this week, where he appeared to mock Real Madrid with a banner unfurled after his country had booked their place at Euro 2020.

During the celebrations with his Wales team-mates after they beat Hungary, Bale held a flag aloft that read: ‘Wales. Golf. Madrid. In that order.’

It has caused a stir back in Spain with the media going crazy at what has been perceived as a clear sign of disrespect from the winger, who only returned to Real Madrid training on Thursday for the first time in over a month. 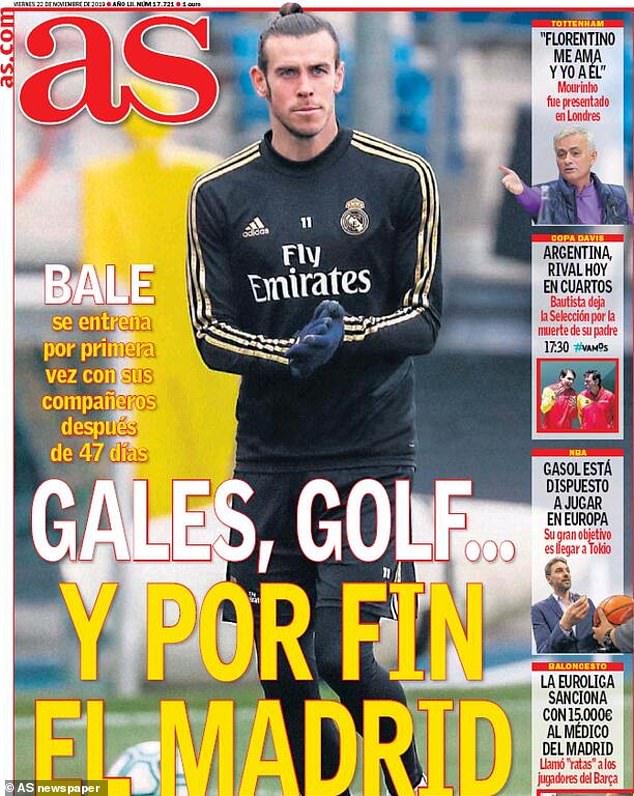 Bale celebrated by holding a flag reading ‘Wales. Golf. Madrid. In that order’

The front page of AS on Friday reads: ‘Wales, golf… and finally Madrid’, seemingly a dig at Bale’s decision to return to training with his club side.

It comes after Spanish publication Marca even declared that his actions were ‘unworthy of Madrid’ earlier this week.

Marca hit back with their front cover reading: ‘Disrespectful. Wrong. Ungrateful. In that order.’

AS also used the headline ‘Bale gets into a hole’ in the aftermath and stated that the Welshman’s actions was the ‘last straw’ that has ‘ended Madrid’s patience’ with the winger. 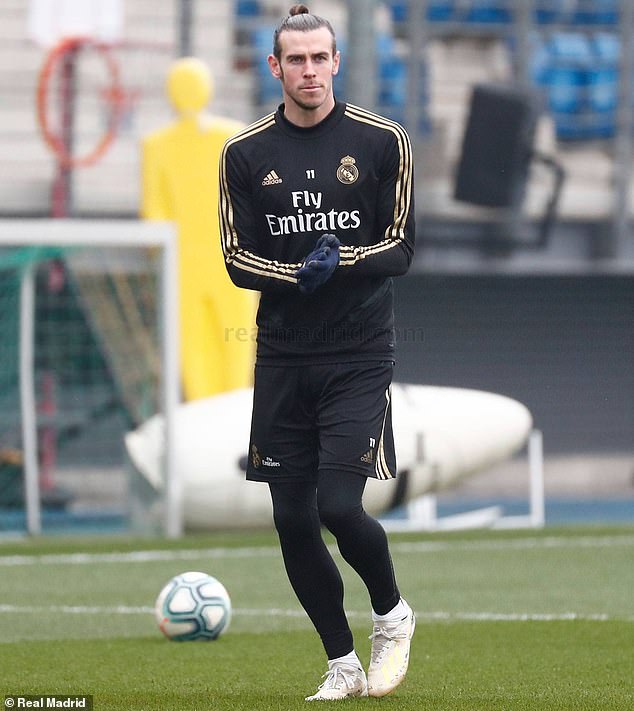 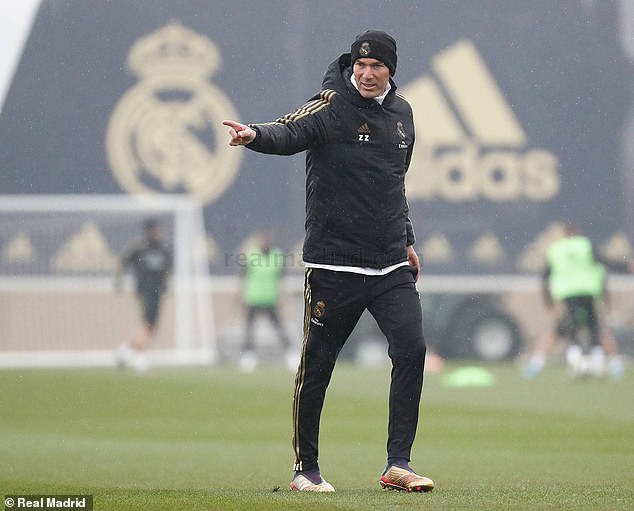 Real boss Zinedine Zidane has been posed with a selection headache with Bale in contention for the weekend’s clash with Real Sociedad, despite fears that supporters could make their anger clear to the 30-year-old.

The La Liga giants will hosts back-to-back games at the Bernabeu in the next week, with the meeting with Sociedad promptly followed by a crucial Champions League showdown with Paris Saint-Germain.

Bale has not played for Los Blancos since the victory over Granada on October 5. He has been out of action with a calf issue but seems to have overcome it.

Zidane’s side are currently level at the summit of La Liga with Barcelona, taking 25 points from their opening 12 games.