By Rob Draper for The Mail on Sunday

Frank Lampard insists that Chelsea can spend big again if necessary and that the signings of Timo Werner and Hakim Ziyech demonstrate how well he and his board are working together.

Chelsea were banned from spending last summer, then failed to make any additions in January, despite having their FIFA transfer punishment lifted.

But managing director Marina Granovskaia and technical adviser Petr Cech have worked alongside boss Lampard to seal impressive deals for £48million Werner from RB Leipzig and £36m Ziyech from Ajax. 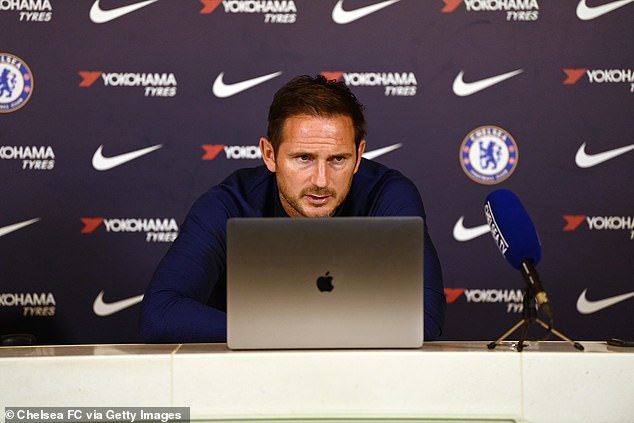 With the window to be extended until October, Chelsea look set to move again, though they are baulking at the £80m being asked by Leicester for Ben Chilwell and must decide if they want to go as high as £90m to sign another German forward in Kai Havertz, 21, from Bayer Leverkusen. They also want a centre half and, if Kepa Arrizabalaga can be loaned out, a new goalkeeper.

With Bayern Munich looking to spend the majority of their summer budget on Manchester City’s Leroy Sane, Chelsea will have the opportunity to beat the Bundesliga champions to the signing of Havertz.

Lampard says: ‘This is Chelsea Football Club and we want to close the gap, and signings like Timo and Ziyech are nice statements. There are other areas we may want to improve on as we go along. They have to be players who are in the market and we feel we can get. 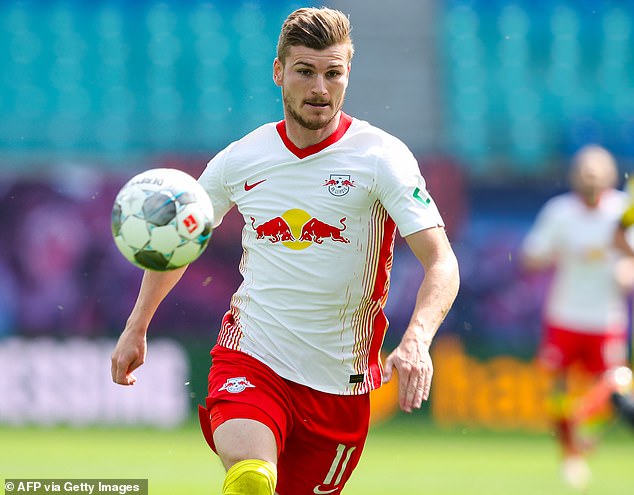 ‘We know there is a big gap going upwards, when you look at the performance of Liverpool and Manchester City in the last couple of years. So we need to try to work to close that gap but we have to be ready to give the players that come in, the two players you’re talking about, some time for adapting to the League.’

Lampard, who takes his team to Aston Villa on Sunday, says the transfer activity shows how the club hierarchy is fully integrated and the owner Roman Abramovich, despite his absence from games due to political tension between the UK and Russia, is committed to the team.

‘I was here a long time as a player and one thing I realised coming into this job as a manager is that people will persistently ask about your relationship with the board, the owner,’ adds Lampard.