Bernardo Silva has stated he expects Portugal international team-mate Bruno Fernandes to be a success at Manchester United, after backing him to settle in England.

Fernandes completed a £68million move to Old Trafford at the end of the January transfer window, with the midfielder having been a long term target for the Red Devils.

But despite Fernandes now playing for Manchester City‘s local rivals, Silva has tipped him for success under Ole Gunnar Solskjaer. 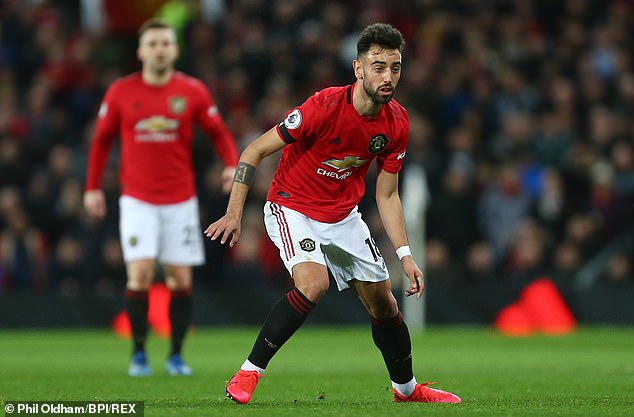 Bruno Fernandes made his Manchester United debut against Wolverhampton Wanderers

‘I think [Fernandes] he is going to adapt [to the Premier League], he has already played in Italy when he was younger, so it’s not his first experience abroad,’ Silva told Sky Sports.

‘I’m happy for him, I’m happy that he’s playing for one of the biggest clubs in the world and I think he’s going to do great at Man Utd. 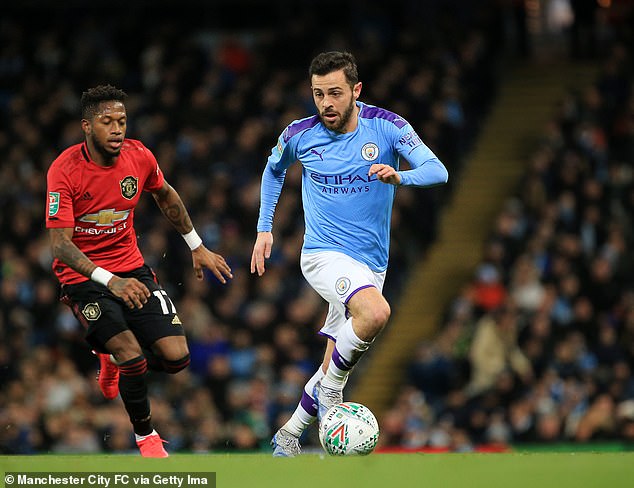 ‘Changing is always complicated, you have to adapt to the way your new team plays, your team-mates, the way the manager wants to play, sometimes new systems. So maybe it will take him a few months but I think it’s good that he’s here and he’ll be a great asset for Man Utd – but hopefully not against Man City.’

Fernandes impressed on his United debut against Wolverhampton Wanderers earlier this month, despite his side being held to a goalless draw at Old Trafford.

United are next in action when they take on Chelsea on February 17 at Stamford Bridge, with Fernandes in line to start.

After having their clash with West Ham postponed on Sunday, Silva’s City now face a potential 20-day wait for their next match when they visit Leicester City on February 22. 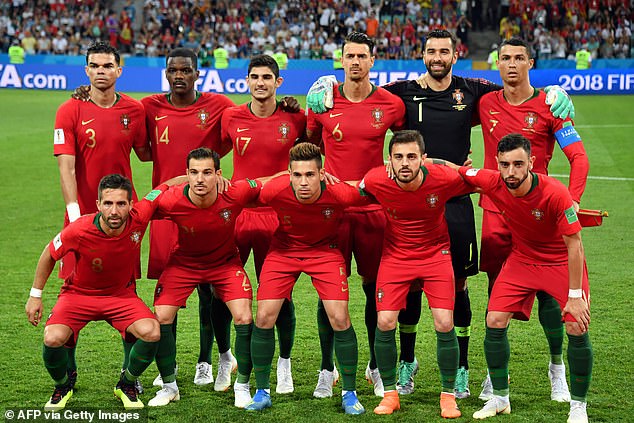