‘The longer I think about it, the more I’m angry about the way this has happened’: Thomas Muller still furious with Germany coach Joachim Low after being dropped

Thomas Muller has responded to Joachim Low by revealing he remains angry after the Germany coach said it’s unlikely the Bayern Munich star would earn a recall.

Muller, Jerome Boateng and then-Bayern Munich team-mate Mats Hummels were all left out of Germany’s squad in March 2019 with Low saying they were no longer part of his plans.

The three senior stars had played a role in Germany’s rise back to the top of international football so most observers were left stunned by Low’s decision. 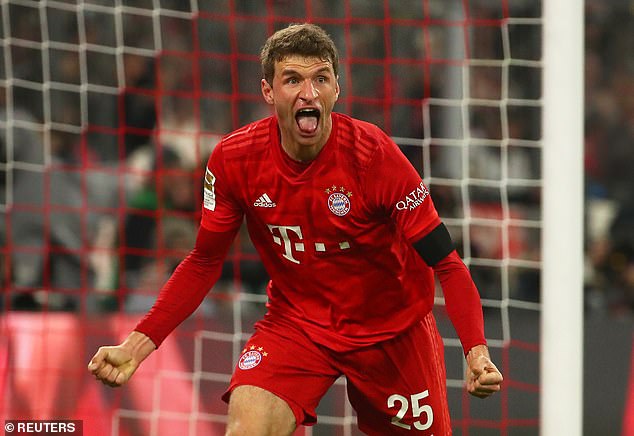 Low has since said the chance of Muller being recalled is ‘relatively low if everyone is fit’ which has irked the player once again.

Muller responded: ‘A national team coach has to make sporting decisions, I don’t question that.

‘But the longer I think about it, the more I’m angry about the way this has happened.

‘I have no understanding for the suggested definitiveness of this decision.

‘I’m not interested in it at all. I care about this team [Bayern] and winning trophies with them, ideally three.’

Low previously said of Muller: ‘The probability [of a recall] is relatively low if everyone is fit.

‘Thomas has scored a few times in the second half of the season. I am pleased, but I said we would go with the young players. That is what we have to maintain.

‘However, if things should happen that you do not expect, it is clear you will have to look again.’

Muller has scored nine goals in 30 games for Bayern this season with the 30-year-old netting four times in his last five appearances. 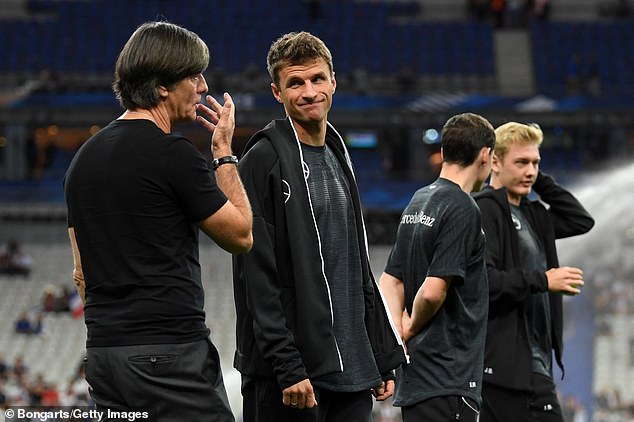