‘I’m 100% focused on Chelsea’s targets’: Olivier Giroud states he is only thinking about forcing his way back into Blues first team as he looks to earn a Euro 2020 spot with France

Olivier Giroud insists he is still determined to feature under Frank Lampard as he hopes to prove himself at Chelsea amid concerns over his future at the club.

Giroud was a target for a number of sides during the January transfer window including Inter Milan, Lazio and Tottenham Hotspur having fallen out of favour at Stamford Bridge.

The striker is behind Tammy Abraham and now Michy Batshuayi in the pecking order at Chelsea and has played just one game for the club since the end of November. 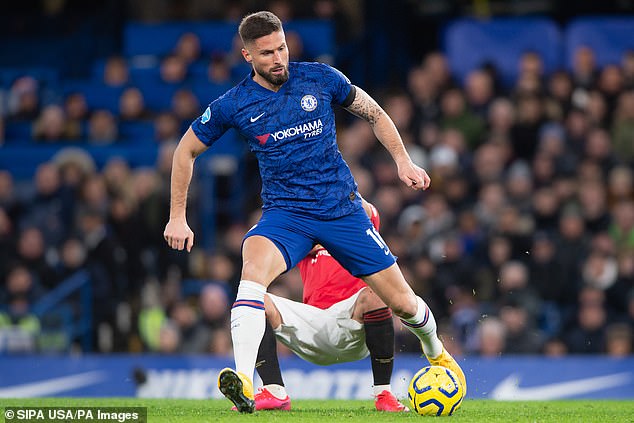 However no move could be finalised, with Lampard fearing he would not have an able replacement if the Frenchman departed.

The France striker will see his Stamford Bridge contract expire in the summer, and although he is open to talks over a free transfer is hoping he can prove himself at Chelsea to earn a spot in the France squad for this summer’s European Championship.

‘I’m a Chelsea player so now I need to move on and look forward,’ Giroud told the club’s website. ‘I want to give everything for the team and it’s a personal target for me to play as much as I can to play the Euros with my country. 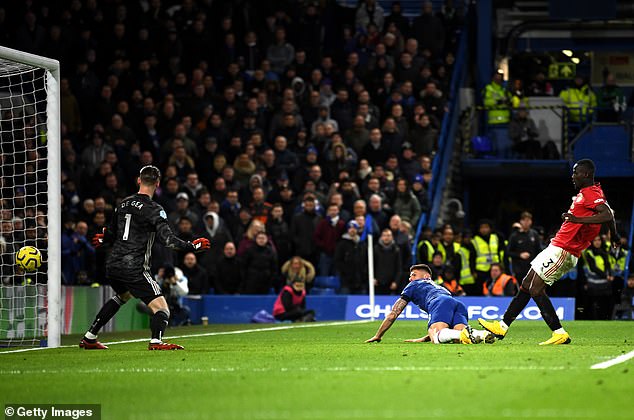 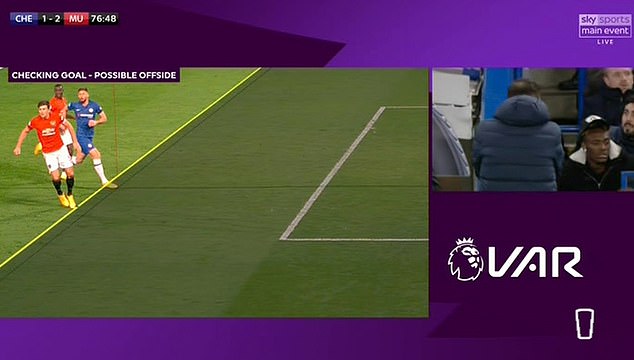 But he was ruled offside by a VAR call, denying him a goal in his first game since November 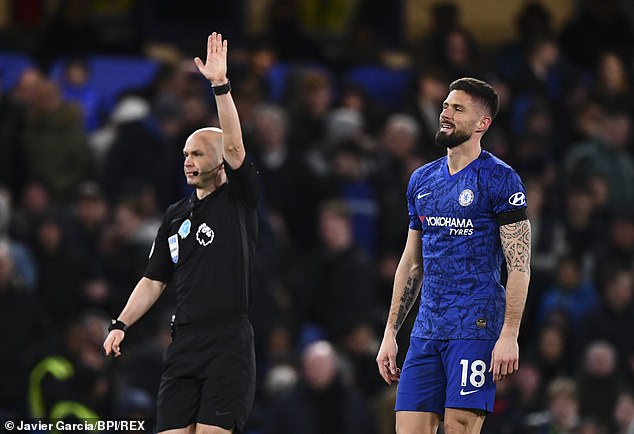 Despite the defeat, Giroud is hopeful he can now feature more in the Chelsea first team

‘Right now, I’m 100 per cent focused on Chelsea’s targets and I want to keep fighting to come back on to the team sheet and the scoresheet. Every single game is a big opportunity for me to show my desire to do that.’

Giroud’s only appearance since November came in Monday’s 2-0 home defeat by Manchester United.

The 33-year-old was left frustrated though after seeing a goal disallowed for VAR, as the Blues tasted a loss that leaves them just one point clear of Tottenham in the race to reach the top four ahead of their Stamford Bridge clash on Saturday.

‘After two months not playing, I felt very good on the pitch with a lot of energy and determination,’ Giroud added. ‘I scored a nice goal from a nice cross and I just tried to stay behind [Harry] Maguire but I was half a foot offside.

Read More:Olivier Giroud states he is only thinking about forcing his way back into