By Rob Draper and Nick Harris for The Mail on Sunday

FIFA cleared two of the Russian team to play at the World Cup even though the Russian Football Union had listed them as suspected dopers, according to email exchanges in the latest tranche of Football Leaks.

Sergei Ignashevich and Mario Fernandes, who played every game at Russia 2018, were included on a list of 11 players that the Russian Football Union (RFU) provided to FIFA of suspect doping cases.

However the RFU apparently suggested the Moscow lab which conducted the test wouldn’t provide the paperwork ‘due to confidentiality’ and insisted that they couldn’t get the players’ permission to do so as the players were ‘on vacation’. 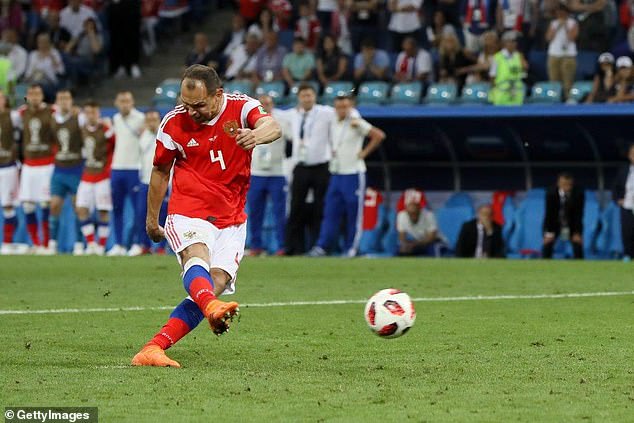 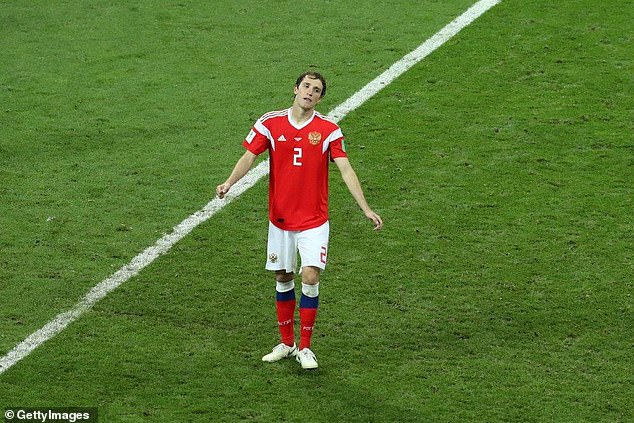 Mario Fernandes was also cleared, despite both players being listed as suspected dopers

FIFA announced in May 2018 that ‘insufficient evidence was found to assert an anti-doping rule violation… for all Russian players named for the provisional squad of the FIFA World Cup’.

But it is now unclear whether FIFA pursued the paperwork regarding Ignashevich and Fernandes.

FIFA failed to respond to requests for information on Saturday but have previously said that their investigation into systematic doping in Russian football is ‘ongoing’ and that it is working in conjunction with the World Anti-Doping Agency.

Ignashevich, 38, had come out of retirement to help a struggling Russian team. According to Der Spiegel magazine, neither Fernandes nor Ignashevich chose to comment about the doping suspicions when contacted. 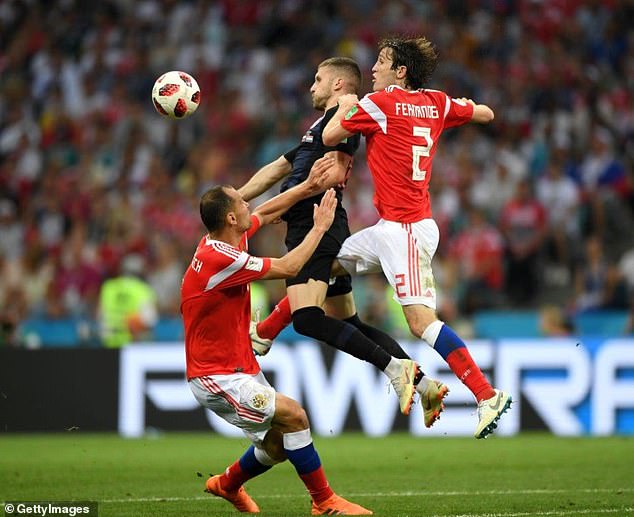 The claims follow Mail on Sunday revelations that an initial member of the Russia’s provisional World Cup squad, Ruslan Kambolov, benefited from Russia’s systematic cover up of positives doping cases. Kambolov failed a test for steroid dexamethasone in May 2015.

Documents and correspondence obtained by Sportsmail indicate his failed test was covered by up at laboratory level as part of Russia’s systematic doping scandal. His dirty urine was swapped for clean urine.

The RFU told Sportsmail in June that they never knew about Kambolov’s failed drug test at the time but they were sure he had been innocent. Kambolov’s lawyers have said that he was cleared though FIFA have never confirmed this. He was withdrawn from Russia’s World Cup squad.