Granit Xhaka appeared to aim a dig at Arsenal fans with a post on social media speaking about his ‘happiness’ alongside a photo of him playing in a Switzerland shirt.

Xhaka was recently stripped of his Arsenal captaincy after telling supporters inside the Emirates to ‘f*** off’ while being substituted against Crystal Palace.

The 27-year-old has not played for the club since the incident but is currently away on international duty with Switzerland and played the whole of their 1-0 Group D Euro 2020 qualifier against Georgia. 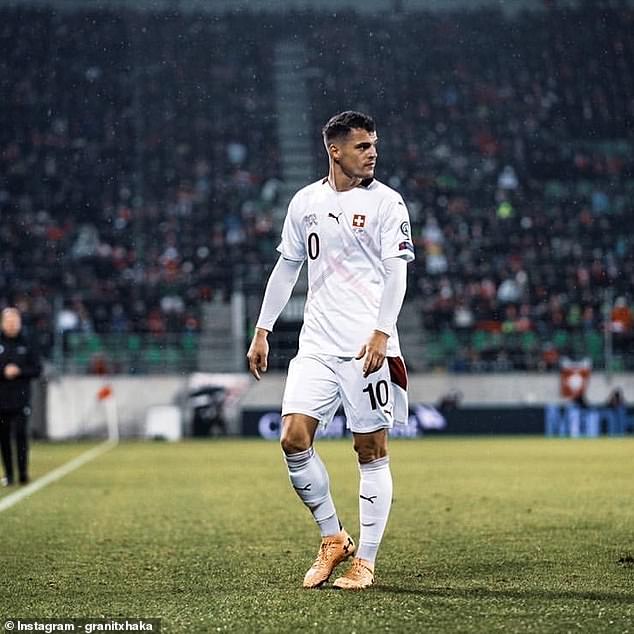 The midfielder posted a photo on Instagram on Saturday of himself during the victory with a caption which translates to: ‘Happiness is when you are satisfied with yourself and do not need the confirmation of others.’

This could be a subtle nod towards the Arsenal fans, who have criticised Xhaka this season.

Xhaka previously posted on Instagram after the incident on October 27 to apologise for his actions but also explain that he was reacting to the abuse that has been directed towards him and his family this campaign.

The Swiss international’s future is still uncertain at the Emirates as it is not known whether manager Unai Emery will bring him back into the team, while he has also been linked with a move away in January. 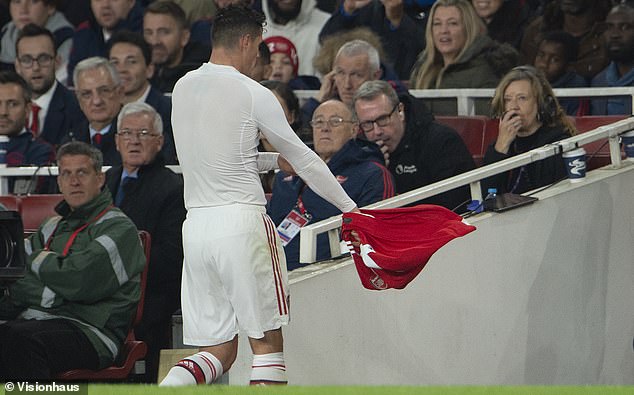 
Read More:Granit Xhaka appears to take swipe at Arsenal fans with post about happiness and