REVEALED: LaLiga send plan to clubs to get fans back into stadiums THIS SEASON… and supporters will have to enter in time slots, have their temperature taken, wear a mask at all times and cannot walk around or buy anything at the ground

LaLiga edged closer to allowing supporters back into stadiums this season when it sent copies of the protocol that will govern their return to all 20 clubs on Sunday night.

The development comes just 11 days after LaLiga president Javier Tebas told Sportsmail: ‘If we could have 10 per cent or 15 per cent of stadium capacity before the end of the season that would be good.

‘The pandemic is on the decline. The return of fans would need to be coordinated. In 10 or 15 days we will see.’ 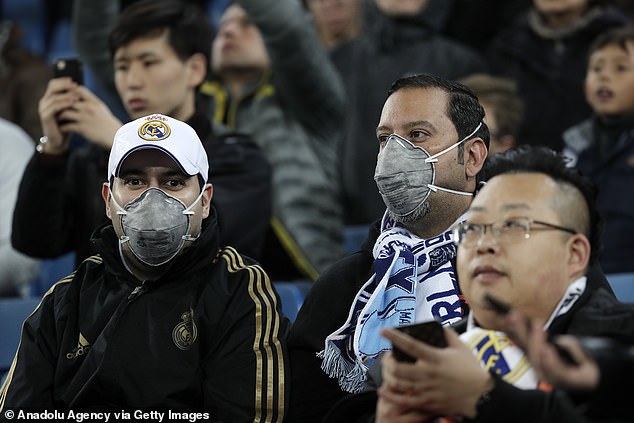 Spain’s three month State of Emergency was declared over on Sunday with the country opening its borders up once more to tourists.

The draft-version protocol was leaked to Spanish radio Cadena Ser which broadcast details of it on Monday.

According to the 16-page document spectators entering the stadium will be divided into four or five groups and allowed to enter at different time slots starting 90 minutes before kick-off up until 15 minutes before the start of games.

Fans will have to register to attend and their temperature will be taken at an outer-ring of security checkpoints. 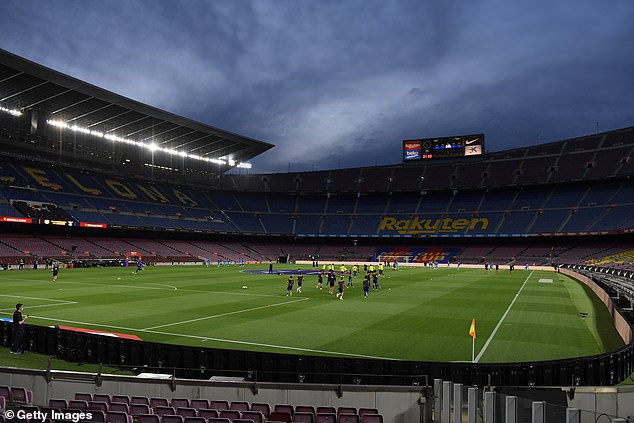 No one with a temperature of over 37.5 degrees Celsius will be allowed access to the stadium.

The document also stipulates that spectators must wear a mask at all times and will not be allowed to wander around the ground or purchase anything inside the stadium. Each fan will be given a bottle of water, and must remain in their seat during the match.

The potential to sell tickets once again will please most LaLiga clubs although Real Madrid, who are currently playing their games in the 7,000 seater Alfredo di Stefano stadium of their B-team have indicated that they favour remaining strictly behind closed doors until the end of the season.

Their massively reduced capacity would only mean around 1,000 supporters being allowed in to watch them. Barcelona’s Camp Nou could have as many as 15,000 inside the ground if the plan comes to fruition. 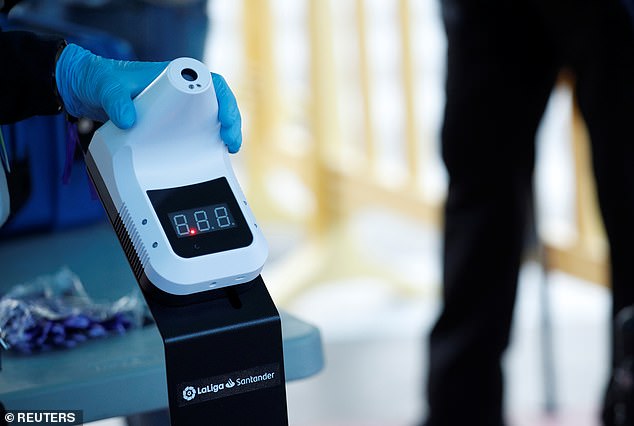 Read More:LaLiga send plan to clubs to get fans back into stadiums THIS SEASON

Entire leagues postponed and questions over the Olympics: How coronavirus is