By Ian Herbert and Simon Jones for the Daily Mail

The footage, obtained by Sportsmail, shows the player being presented with the forms in quick succession and signing each of them, three days before he died when a plane carrying him to Cardiff crashed.

FIFA have already ruled that Cardiff must pay in full for the player or face a three-window transfer embargo. Cardiff’s appeal against the decision has gone to the Court of Arbitration for Sport (CAS). 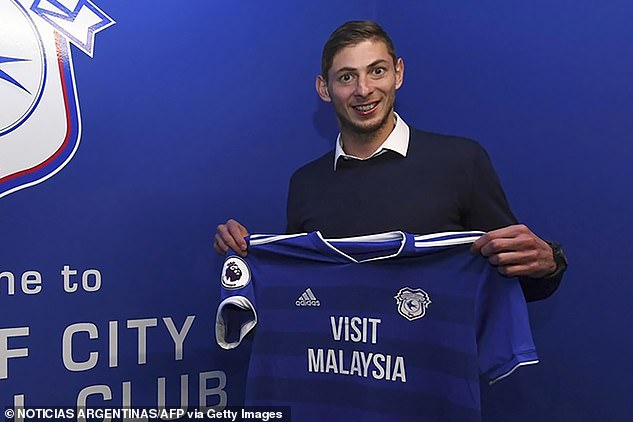 Cardiff’s case includes a claim that the transfer was invalid because the Premier League had rejected the paperwork, on grounds that the signing-on fee was not spread equally across the three years of the Argentine’s contract — a breach of rules.

But FIFA insisted that it was always Cardiff’s intention to sign Sala, declaring it was the club’s own fault that the process had not been completed by the time of his death.

A source close to the deal told Sportsmail on Wednesday night: ‘It is somehow being suggested that the deal was not done but the footage shows how keen Cardiff were to do it — placing form after form in front of him and getting the deal done with some urgency.’

The timing of the footage reveals Sala signed for Cardiff at 6.21pm on Friday, January 18 last year, hours after the team he was joining had left for Newcastle, where they lost 3-0. 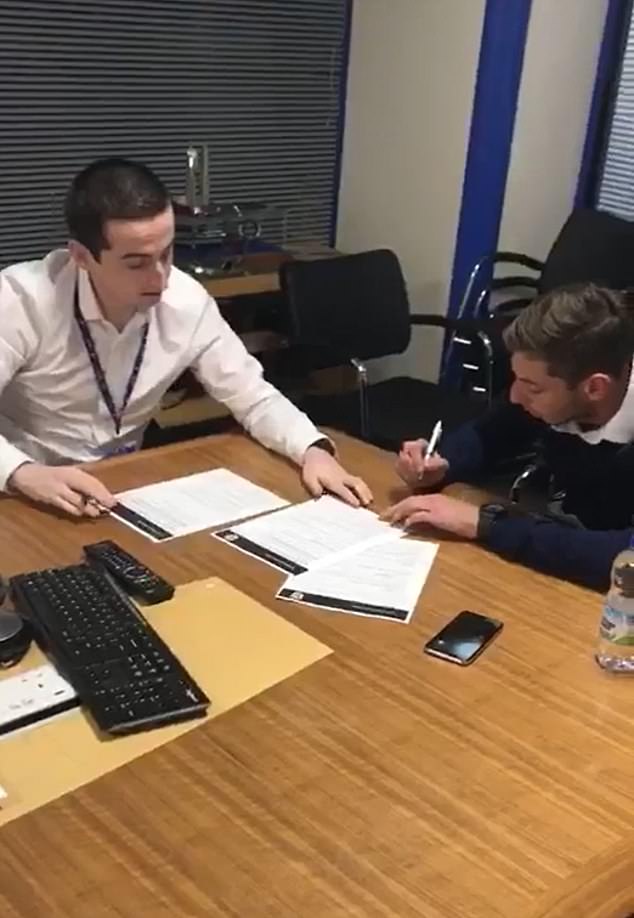 The source said: ‘All of the staff had set off for an away game at Newcastle, but still there was determination to get things done and dusted. That’s why there is hardly anyone present. In every possible sense, this was a completed transfer.’

The forms are placed before Sala by Scott Dommett, an FA of Wales player registrations manager, who urges him several times to ‘sign there’.

The FAW said that Dommett had become a Cardiff employee at the time of the signing and still was. A phone in front of Sala as he signed is thought to have linked him up, via Facebook, to Meissa Ndiaye, one of his agents, who was advising him.

The following day, the 28-year-old flew to France to sort out his…