Gabriel Martinelli has not ruled out playing for Italy in the future as the 18-year-old weighs up his international options.

The Brazilian striker has an Italian passport, and whilst he admits it his ‘dream’ to represent Brazil, he is keeping his options open at the moment.

Italy manager Roberto Mancini has not ruled out calling-up the Arsenal forward, and Martinelli told DAZN Brazil: ‘I am Brazilian and my dream, of course, is to play for Brazil. 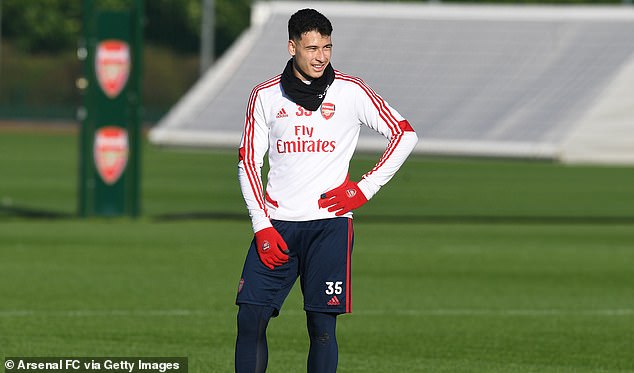 ‘But I could also play for Italy and nothing has been decided. I haven’t received a call from Brazil yet.’

Martinelli has scored eight goals in 19 games across all competitions for the Gunners this season.

His influence over the next three games could be all the more important, given star striker and captain Pierre Emerick-Aubameyang is serving a three-match ban after his red card against Crystal Palace on Saturday.

Barcelona ‘pull out of talks with Valencia’ for striker Rodrigo