Barcelona ‘pull out of talks with Valencia’ for striker Rodrigo

Barcelona have reportedly walked away from the negotiation table with Valencia for striker Rodrigo, after opting not to give into the financial demands of their La Liga rivals.

Barca have been linked with Rodrigo after entering the January transfer market to find cover for the injured Luis Suarez.

Developments on Tuesday pointed to Barca moving in for Sporting Lisbon midfielder Bruno Fernandes in order to immediately loan him to Valencia and facilitate a deal for Rodridgo. 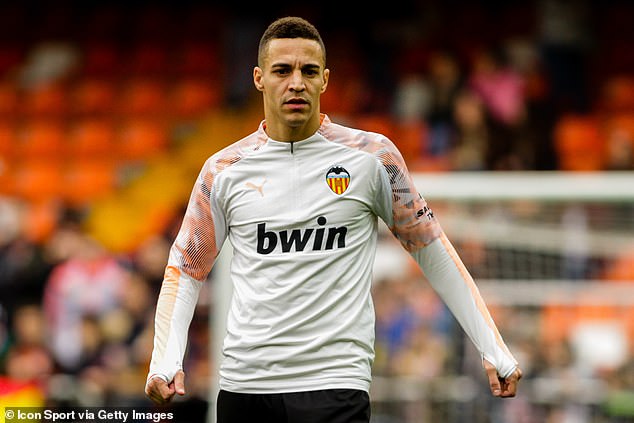 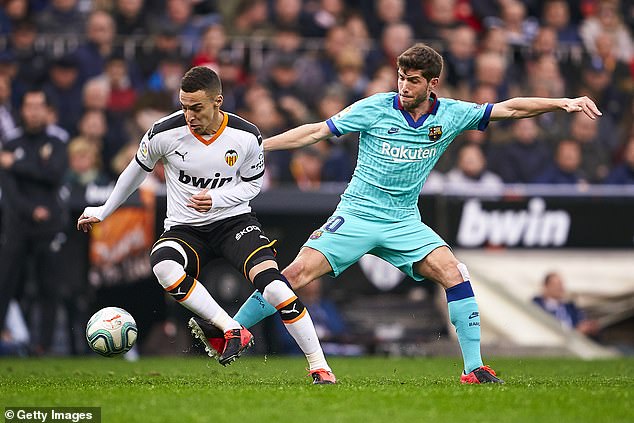 Such a move is now certainly off, with Manchester United having finally obtained the green light to sign the Portuguese midfielder who they have been tracking since last summer.

Barca were still in talks with Valencia over their star forward but reports in Spain, as carried by Marca, claim the Catalan side were not willing to meet Valencia’s outright valuation.

Valencia boss Albert Celades had made no secret of Barca’s desire to take his goal-scorer, telling reporters ahead of the recent Copa Del Rey last 16 clash: ‘Rodrigo is a player who can make the difference, that’s why Barcelona want him. 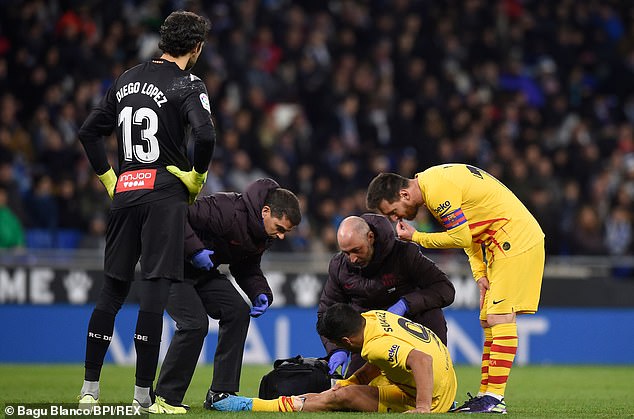 ‘The negotiation is open and we will not hide. Rodrigo and I have talked. I can’t make a private conversation public.’

Rodrigo, formerly of Real Madrid, has scored four goals and provided 10 assists in 23 appearances this season.

Suarez is out for the remainder of the campaign and is set to undergo knee surgery, meaning Barca have only have until Friday to finalise any deal for a cover striker.

They have been heavily linked with a move for in-form Inter Milan forward Lautaro Martinez, though the San Siro club are set to stand firm on their desire not to sell.

With manager Antonio Conte, Inter’s wealthy ownership are determined to restore the club back among European royalty.

Inter officially confirmed the signing of Christian Eriksen from Tottenham on Tuesday, with the Danish playmaker set to link up with the likes of Romelu Lukaku and Alexis Sanchez.

Read More:Barcelona ‘pull out of talks with Valencia’ for striker Rodrigo

Neymar earns £600,000 per week… almost DOUBLE the wage of Mbappe