June 30, 1999 is regarded by many as the day the FA Cup died. It was then a joint statement from the Football Association and Manchester United confirmed the holders would not defend their trophy the following season.

It was the right decision, but for the wrong reasons.

The FA were terrified that if United refused to participate in a revamped FIFA Club World Cup in Brazil that January, this would affect England’s bid to host the World Cup in 2006. The mission was doomed anyway, as we now know and so was that particular format for the Club World Cup. 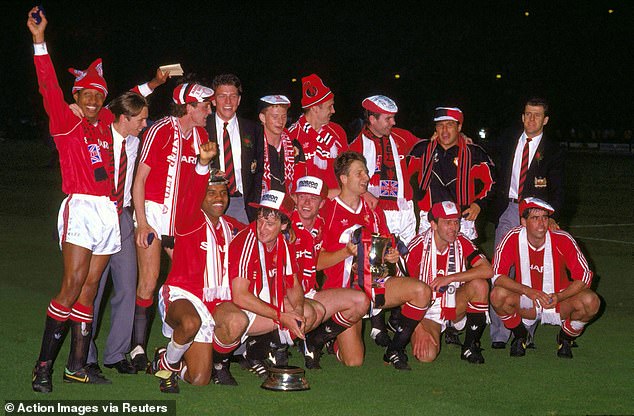 FA Cup endures despite questions over its relevance, and the FA can’t let it be squeezed out – pictured Manchester United celebrate with the trophy back in 1990

Yet the FA Cup endures, despite the constant questioning of its relevance. This summer, however, there is a very real chance of losing it. What the FA does with its marquee tournament in the coming weeks will quite probably shape its longer-term fate.

If the FA Cup becomes the only major competition in English football that does not attempt to complete its season, what chance does it have of continued relevance?

If the FA Cup is allowed to simply slip away unmourned, squeezed out in the desire to finish the league season and European competition, then it is over.

How can we ever judge a manager or club that spurns it again? How can it be afforded respect, its place in the calendar, when its existence plainly does not matter? What the FA does with the FA Cup this summer is absolutely crucial.

The FA’s creeping and crawling around FIFA’s cabal of crooks was little short of sickening even at the time, but beyond that there was a genuine case for Manchester United’s withdrawal. 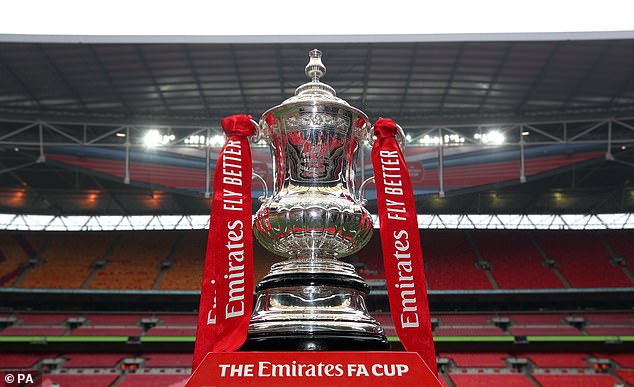 This summer, however, there is a very real chance of losing the FA’s marquee tournament

While the Club World Cup continues to be held in Europe’s mid-winter it presents a huge problem for a country with a 20-team league and two domestic cup competitions. That hasn’t changed across two decades, really. Liverpool were every bit as compromised in 2019 as United would have been in 2000 — as demonstrated by their Carabao Cup quarter-final decision.

Once the Club World Cup expanded — in effect replacing a one-off showpiece match between the champions of Europe and South America — it was always going to place pressure on any English qualifier.

So even without the clumsy politicking, it was reasonable that United be offered the opportunity to avoid an overwhelming schedule in 1999-2000.

Indeed, had the possibility been spotted earlier, the FA could have made it a rule — that any club qualifying for this prestigious new event could be given the option of withdrawing from one domestic cup competition to facilitate their progress. What would be the downside in English football aiming to have the current world champions?

Still, no one spotted it, no one prepared for it, and once Manchester United won the 1998-99…

Read More:MARTIN SAMUEL: The FA must not allow the Cup to be squeezed out