The Professional Footballers’ Association has written to EFL players warning them not to be coerced into accepting wage reductions this summer ahead of plans to introduce a salary cap.

In a two page document seen by Sportsmail, the players union has told players that any plans to accelerate a salary cap at the end of the season would be ‘unlawful’ and likely to result in a sizeable wage drop in the long term.

As it stands, salary restriction plans in League One and League Two are significantly more ahead than the Championship. 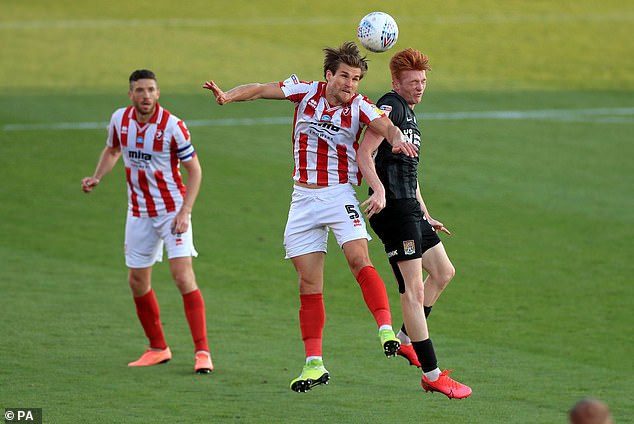 The report states: ‘The salary cap would not be limited to the gross wages clubs pay to players.

‘Instead, clubs would have to factor in the ‘salary cost’ of tax and National Insurance contributions, conditional fees and bonuses, employment benefits and agents’ fees. 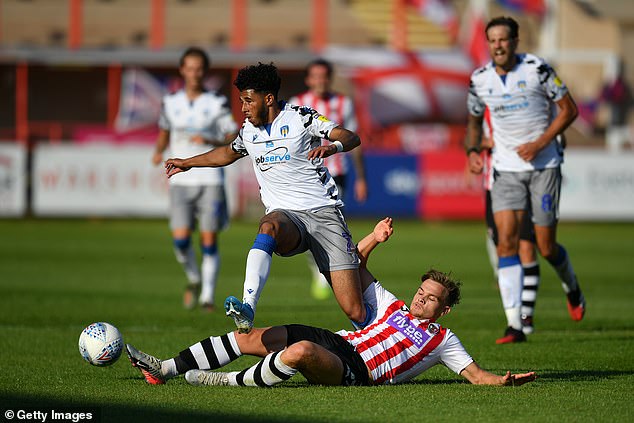 League Two clubs are discussing plans to introduce an average salary of £1,200-a-week

But the PFA has warned that the EFL cannot implement the salary cap until a thorough consultation process is completed.

‘The PFA has made it clear to the EFL that such matters must be considered before the Professional Football Negotiating and Consultative Committee (PFNCC),’ the statement continued.

‘It would be unlawful for the EFL and its clubs to vote on this issue and change the EFL Regulations without first consulting the PFNCC.’

The EFL are also planning to introduce a salary cap in the Championship, although with a much higher ceiling of between £15m and £20m.