Belgium have reportedly withdrawn from a pre-Euro 2020 friendly against France over fears they could lose their world No 1 ranking before the tournament begins.

Euro 2020 starts on June 12 and teams are frantically searching for opponents to play in the weeks leading up to the tournament.

France are finding it particularly difficult though with Belgium pulling out of a friendly with Didier Deschamps’ side amid fears of a heavy defeat. 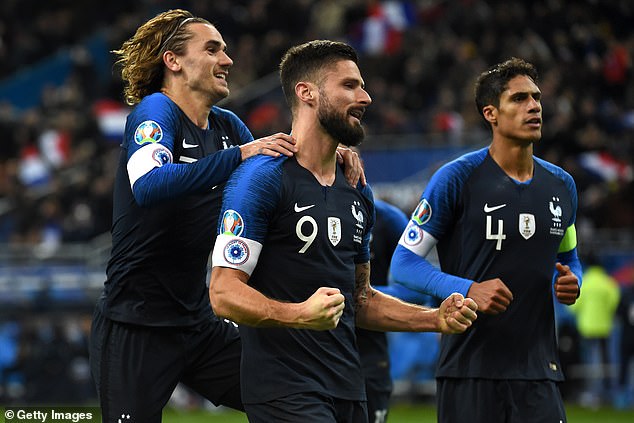 According to French newspaper L’Équipe, a ‘series of European nations are ducking France’, including the Belgians and England, because they are worried a heavy defeat could affect performances at the tournament.

However, it is claimed Roberto Martinez no longer wants his team to play the French in March and those in charge of organising the game believe Belgium are worried they could lose their No 1 world ranking to Les Bleus.

A source said: ‘Other nations are in the same mindset. They say that losing to France would not be the best way to begin their preparation for the Euros.

‘England, for example, would prefer to face Italy during this period.’ 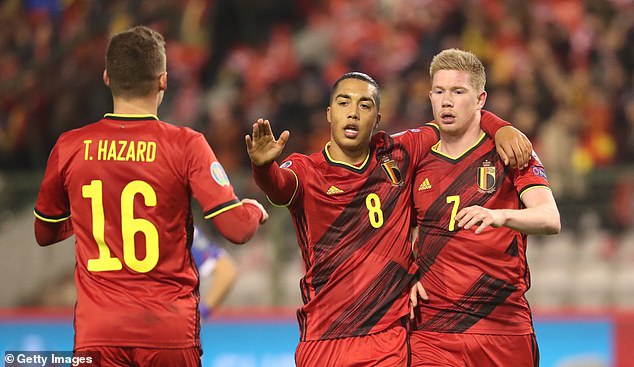 France will need all the preparation they can get after being given a nightmare draw in the group stage.

One of France, Germany and Portugal may face an early exit after being drawn together in Group F in what has already been dubbed the ‘Group of Death’.

They will be joined by a team from Path A/D following the tournament draw in Bucharest on Saturday.

That Path A/D team could be any of Iceland, Bulgaria, Hungary, Romania, Georgia, Belarus, North Macedonia or Kosovo.