Germany put their Nations League woes to one side as Leroy Sane’s first senior international goal set them on their way to a 3-0 friendly victory over Russia in Leipzig.

It has been a miserable year for Joachim Low, whose side are on the brink of relegation from the elite league of European clubs mere months after an embarrassing group stage exit at the World Cup.

This win will do little to reduce the pressure on the Germany head coach but a confident display from a side missing several regulars should boost morale ahead of Monday’s clash with Holland. 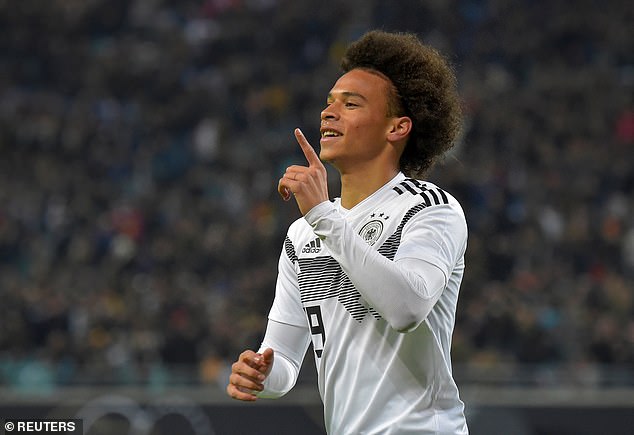 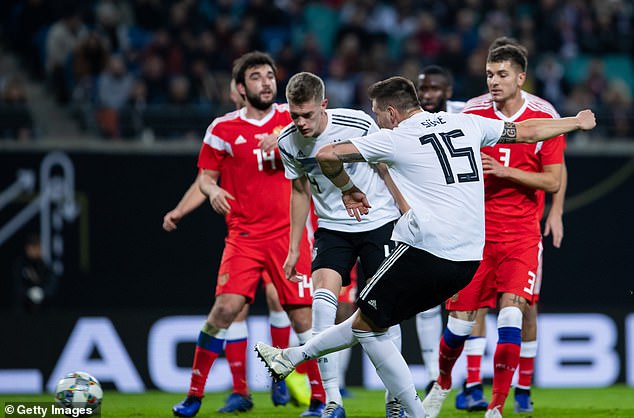 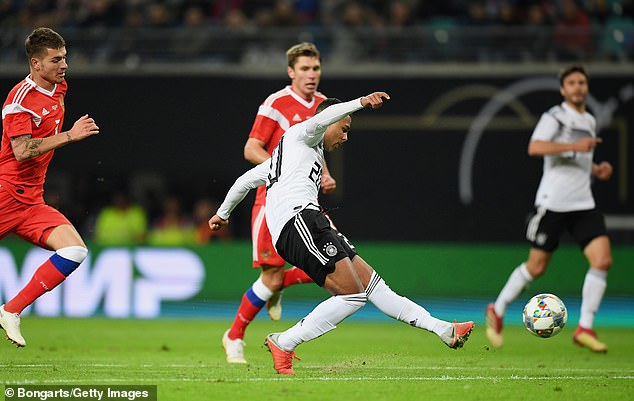 Mats Hummels, Marco Reus and Thomas Muller were all named on the bench while the likes of Toni Kroos and Julian Draxler were missing altogether against a Russia side shorn of a number of options themselves.

Sane – a controversial omission from Germany’s World Cup squad – marked his return to the international fold with the opener after eight minutes.

The Manchester City attacker, who had not played for Germany since withdrawing from the squad to face Peru in September to attend the birth of his daughter, swept in from Serge Gnabry’s pass from the right.

Sane could have had his second Germany goal but sent his free header straight at Andrey Lunev.

There was nothing the Russia goalkeeper could do when a failed offside trap led to Niklas Sule doubling Germany’s lead in the 25th minute, the defender slotting home after Antonio Rudiger had flicked on Joshua Kimmich’s corner. 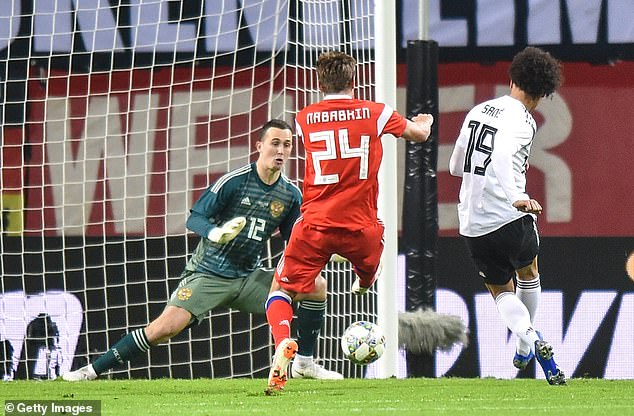 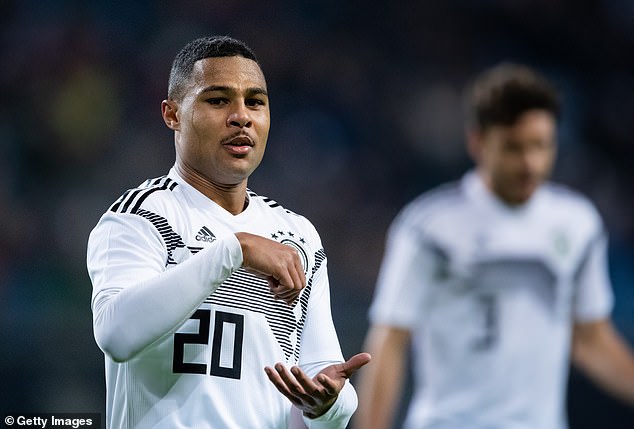 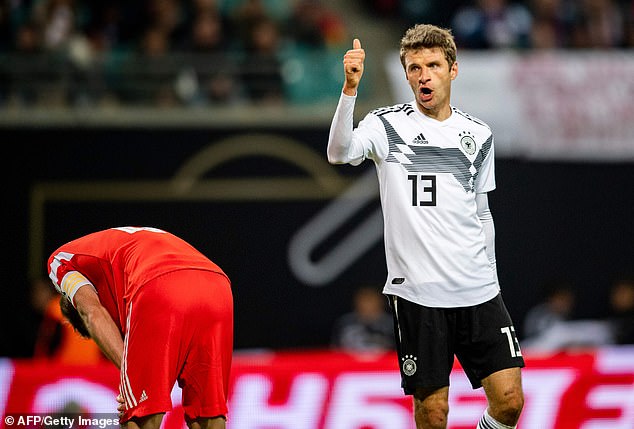 Bayern Munich’s former Arsenal winger Gnabry scored his fourth goal in four games for Germany when he rifled a first-time effort past Lunev in the 40th minute.

Germany were given a let-off at the beginning of the second half with Kimmich stripped of possession by Daler Kuzyaev, who put Aleksei Ionov through only for the midfielder to fire wide.

A farcical number of 11 breaks in play followed over 19 minutes as both managers brought on some of their substitutes, almost entirely separately.

One of those introduced off the…