Mallorca 4-1 Valencia: Relegation strugglers produce a huge shock as they thump the European hopefuls to boost their LaLiga survival hopes

Ante Budimir scored a brace as relegation contenders Mallorca stunned Valencia with a 4-1 thumping on Sunday to give their LaLiga survival hopes a massive boost.

Mallorca were unfancied as European hopefuls Valencia arrived at the Iberostar Stadium, with the home side still stuck in the relegation zone after just one win in seven league games.

But the LaLiga strugglers made a mockery of pre-match odds as they clawed out of the drop zone after sweeping aside the visitors, who are challenging for a place in the top six and are still just four points off third following the crushing defeat. 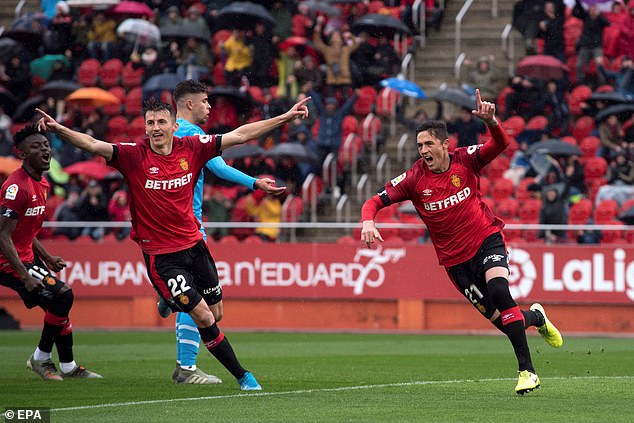 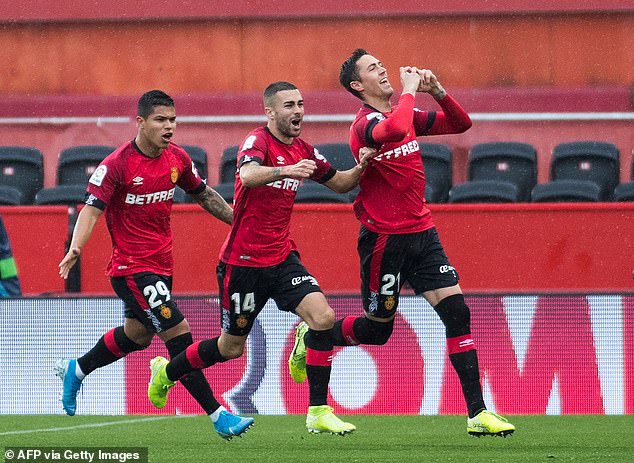 Mallorca got off to the perfect start when a cross from Salva Sevilla was buried into the corner by Antonio Raillo with a glancing header.

And the home side were in dream land as they extended their lead just over ten minutes later as Budimir grabbed his first goal of the game – finishing low into the corner after a pass from Dani Rodriguez to put his side in control.

With half time around the corner, Mallorca still had time for another goal as Sevilla slipped Budimir through on goal, with the Bosnian applying a calm finish to make it three – giving Valencia a mountain to climb at the interval. 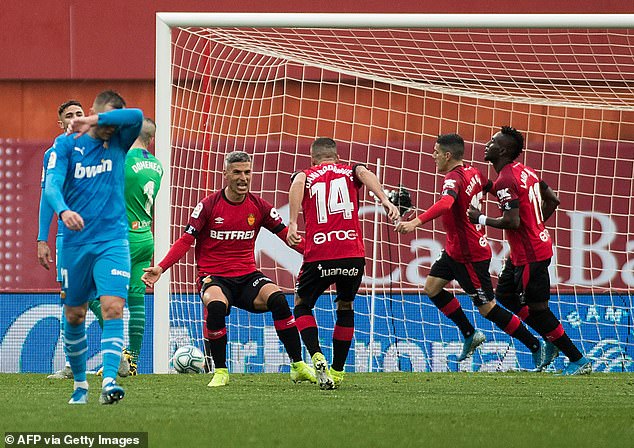 Dani Rodriguez, centre, added gloss to the scoreline as he gave the team a four-goal lead 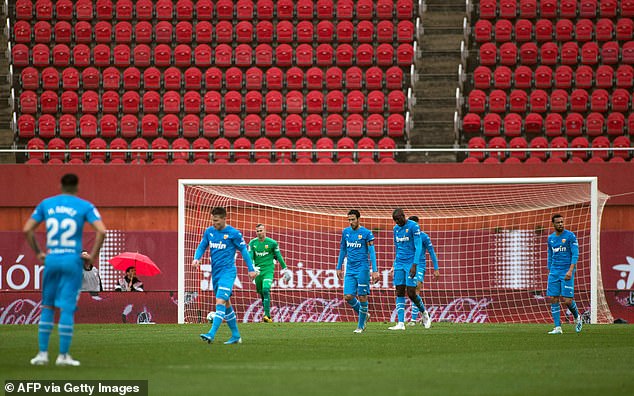 Valencia were at sixes and sevens in the defeat, which is a huge blow to their European hopes

Any hopes of the away side getting back into the contest were quickly doused after Dani Parejo picked up a second yellow five minutes after getting back underway.

Mallorca punished the stricken visitors with Budimir laid the ball off to Rodriguez, who found the net after trying his luck from outside the area.

Valencia finally got their goal just minutes later, as Ferran Torres netted from close range, but it proved to be only a consolation – with the home side holding out for a crucial win in their relegation dogfight.