‘He’s been here for years and he should retire here’: Zinedine Zidane calls on Florentino Perez to hand captain Sergio Ramos a new deal to end his career at Real Madrid

Zinedine Zidane believes Sergio Ramos deserves to retire at Real Madrid as question marks continue to hang over the future of his skipper.

Ramos’ current deal at the Bernabeu will expire at the end of the 2020-21 campaign, by which time the centre-back will be 35, and it remains to be seen whether club president Florentino Perez will hand him a new deal.

Ramos showed no signs of letting up, though, as he inspired his team-mates to a fourth straight win in LaLiga on Wednesday evening, as Real brushed aside Real Mallorca with a 2-0 victory. 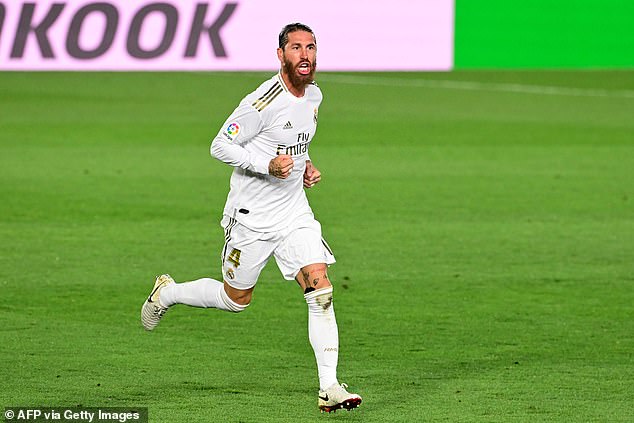 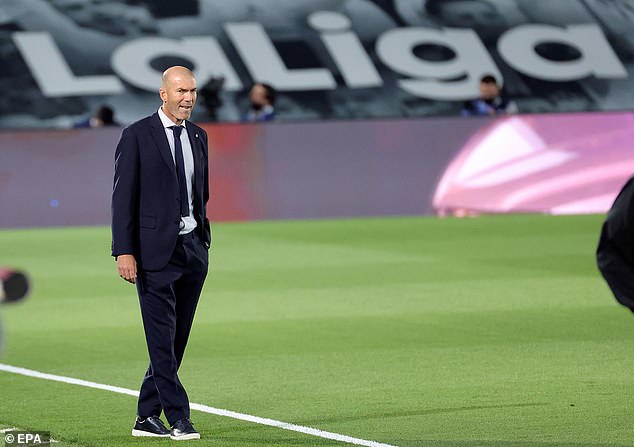 Ramos scored a wonderful free-kick to double Real’s lead at the Alfredo di Stefano stadium, taking his goal tally for the current campaign to an impressive nine, which saw him become the first defender to score eight or more goals in a single LaLiga campaign since Ezequiel Garay in the 2006-07 season.

‘Sergio belongs here as a player,’ Zidane told reporters after the match.

‘He’s been here for years and he should retire here. It’s what I think and I’ll stand by it.’ 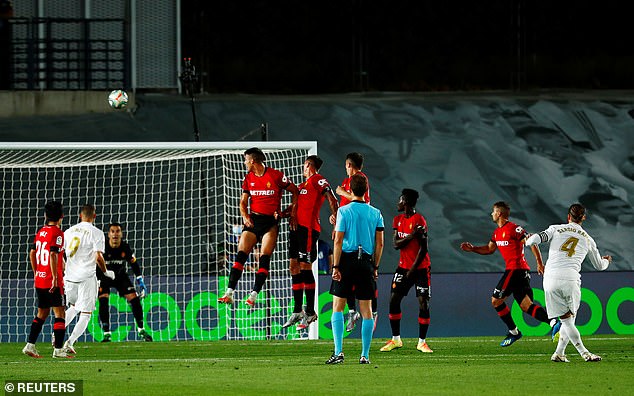 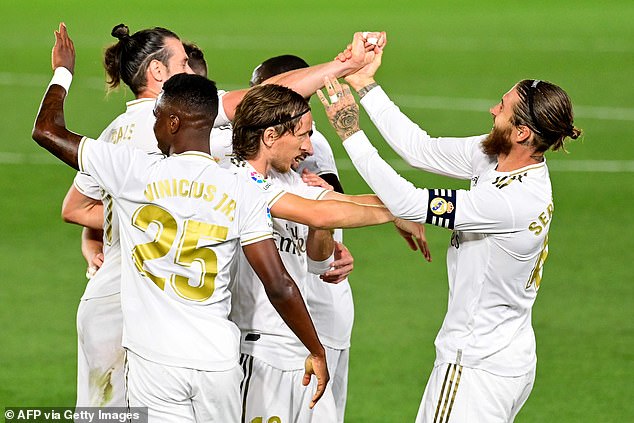 Wednesday’s win sees Real leapfrog rivals Barcelona to the summit of LaLiga, after the Catalan giants dropped points against Sevilla in their 0-0 draw last Friday.

Out-of-favour Gareth Bale was handed his first start for Real since February, and while he did work hard, the Welshman failed to impress against a relegation-threatened Mallorca.

‘We’re happy with what we’re doing and Gareth is an important player, he’s always shown that,’ Zidane said.

‘As always, there are players who are going to have more minutes, but that has been the case all along and it’s not going to change.’