Ask Fernando Torres to name his heroes and one of the first men he will mention will be Carlos Matallanas, a former lower league footballer in Spain who has since become a tactics analyst for second division side Fuenlabrada and a respected sports journalist.

Fuenlabrada play in the 6,000-capacity ‘Fernando Torres Stadium’ named after the town’s most famous son. They are currently fifth and if they win promotion to the first division for the first time in their history all the talk will be of having ‘overcome the odds’ and of their ‘super-human’ effort but Torres knows we over-use those words in football. It’s his friend Carlos they really apply to.

Matallanas has Amyotrophic Lateral Sclerosis, also known as motor neurone disease [MND]. It’s the same condition that Leeds Rhinos legend Rob Burrow has recently been diagnosed with and the same condition former Scotland rugby union international Doddie Weir has been living with since 2016. 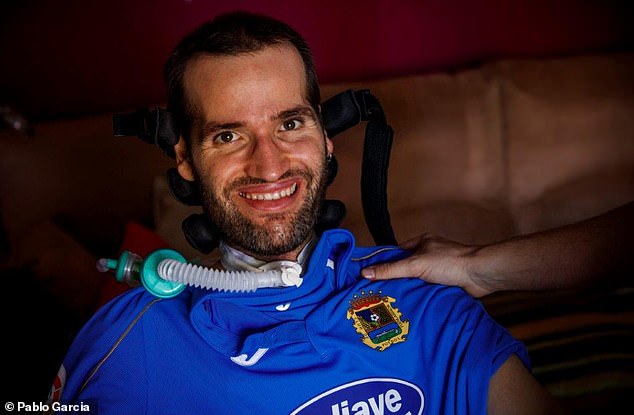 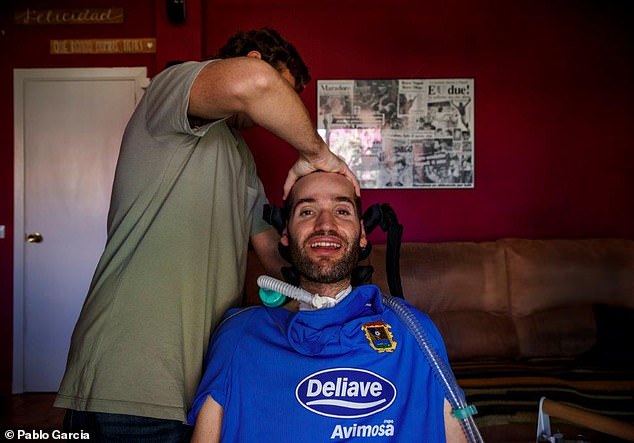 Matallanas was diagnosed with motor neurone disease back in May 2014, aged 33 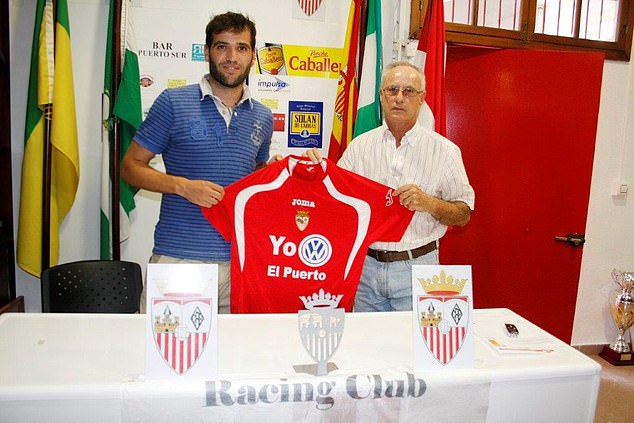 As a footballer, Matallanas (left) played 330 games during 14 seasons in Spain’s lower leagues 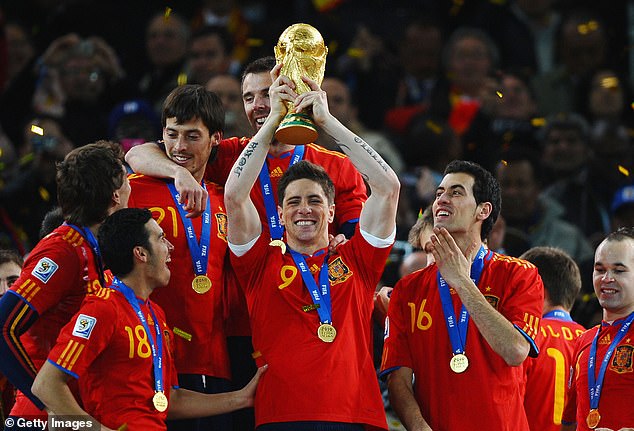 Matallanas played 330 games during 14 seasons that included a spell in Spain’s fourth tier at both Rayo Majadahonda and Racing Club Portuense. His tactical acumen, and his ability to express himself well, meant retirement held no fears – he would go into coaching or the media.

But in 2013 he had some routine dental work and he started to notice he was having speech difficulties. At first he put it down to the anesthetic used in the wisdom teeth extraction, but it persisted. He had various neurological tests that ruled out lesser problems and in May 2014, as the loss of control began to spread to some of the muscles in his arms and legs, he was diagnosed with MND aged just 33. He was told most sufferers of the disease died within five years of its onset. He’s proud to have now gone past that point.

Matallanas wrote in an explanatory article to the readers of his regular column on the website ‘El Confidential’ in the October of that year: ‘It’s a disease whose development is very cruel, paralyzing the patient bit by bit, taking away his capacity to communicate and finally his ability to breathe. All the while keeping his intellect in tact so that he is completely conscious of the deterioration and his death.’

Remarkably that ‘El Confidencial’ column was also written with positivity and even humour. He joked: ‘By the way, a word to the worried: Doctors continue to think that there is no connection between going to the dentist and my disease.’ He also said: ‘Instead of provoking a sense of fear, assimilating my new reality awoke in me the need to make the most of all my time.’

Read More:Carlos Matallanas is an ex-footballer turned journalist defying the odds in his