One of the Euro 2016-winning Portuguese squad scored an absolutely world class goal this week, and it’s probably not the person you’re thinking of.

We’re used to seeing Cristiano Ronaldo banging them in from all angles, but it’s his international team-mate Eder who’s been racking up the style points this week.

Playing for Lokomotiv Moscow in the Russian Cup, Eder flicked up an incoming pass and scored an incredible bicycle kick from the edge of the box, as you can see in the videos below.

How about this for a finish?! Portuguese Euro 2016 legend Eder pulled off this immense overhead kick late on in Lokomotiv Moscow’s Russian Cup tie, a crucial goal that saw his side take the game to extra time, before going on to win it! Extraordinary. 🔥pic.twitter.com/PfwrgtFz1p

The wondergoal tied up the game at 2-2 towards the end of the game against Baltika, a second tier side which Lokomotiv Moscow would’ve been expected to beat.

The match went to extra time, and a goal in the 105th minute from Anton Miranchuk spared the blushes of the away side, giving Lokomotiv Moscow the 3-2 win.

They’ve progressed to the next round of the cup, but it won’t help their poor form in the league, where they sit in 11th place with just two wins from eight matches. 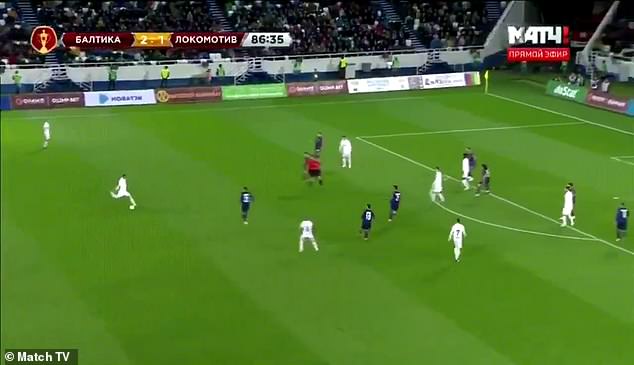 A pass is fizzed in towards Eder, as Lokomotiv Moscow were down late in the Russian Cup tie 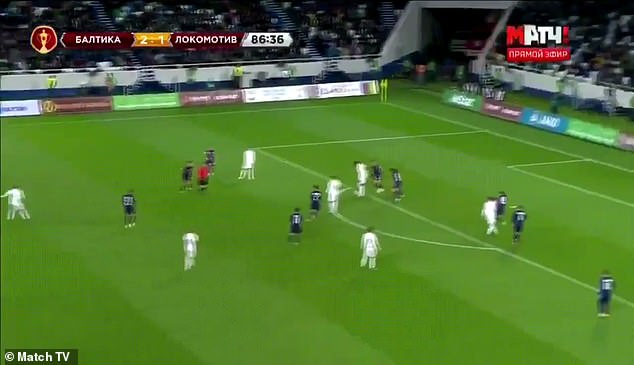 Eder skilfully flicked the ball up, even though two Baltika defenders were nearby in the area 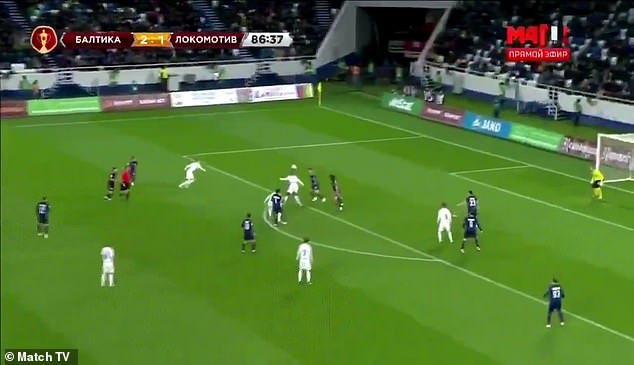 All the players around Eder watched, astounded, as he shaped himself to volley the ball 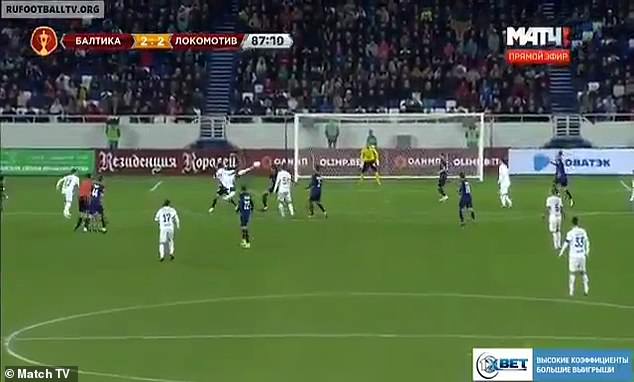 Eder struck the ball true, and the ball sailed into the right hand side of the Baltika goal 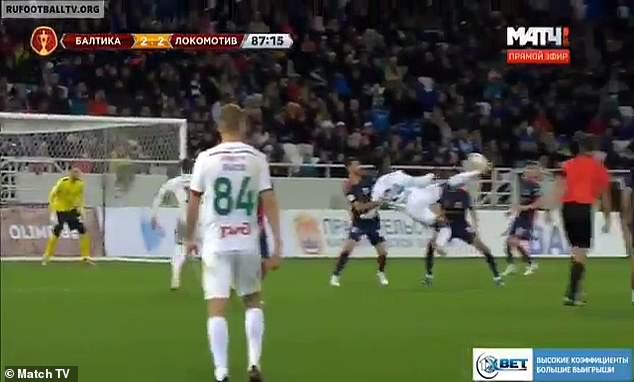 The goalkeeper was helpless, and collapsed to the floor in disbelief as the ball flew in the net

Eder’s goal is a bright spark in a disappointing season so far. The 30-year-old skilfully flicked the ball into the air, allowing him to strike it into the net from 18 yards out.

The goalkeeper collapsed in disbelief as the ball whizzed past him. He was unable to react and get anywhere near the ball as the surprising shot came at his goal.

Even the two defenders who were near him seemed unable to react as Eder pulled off the amazing feat.