‘I think he labelled me with words that are ugly’: Robert Moreno admits he remains confused why Spain successor Luis Enrique excluded him from coaching staff

Robert Moreno has admitted he remains unclear why Luis Enrique decided to exclude him from his coaching staff after returning as Spain manager.

The former Barcelona boss took up the role for the second time, replacing Moreno in the process after Spain’s 5-0 victory against Romania on November 18.

Moreno had reportedly delivered an emotional rant to his players after discovering he would be sacked and is confused why his former colleague has snubbed him. 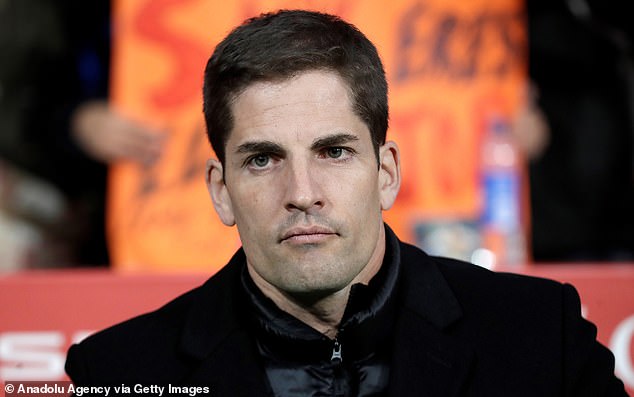 Enrique described his deputy as ‘disloyal’ in an explosive press conference earlier this week, despite the pair appearing to be good friends after working together at several clubs in the past.

But the relationship between the duo has now spectacularly fractured after Enrique’s comments, leading Moreno to issue a defiant response.

He said: ‘I think he labelled me with words that are ugly and are not attributable to me.

‘In a first meeting with Luis Enrique, he told me that I had done what I had to do and that he felt proud of me. 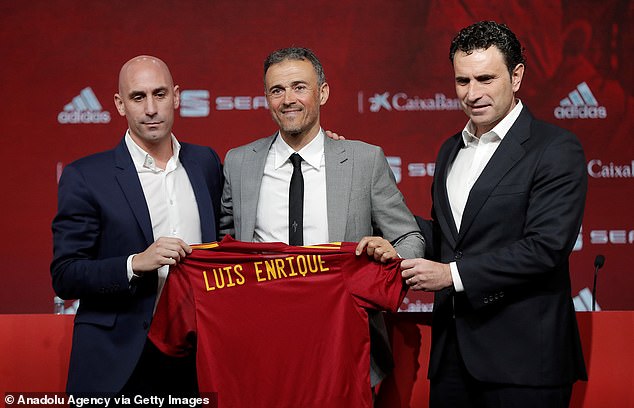 ‘Then I asked him for a meeting to give him a hug and convey my support. It seemed appropriate to tell him that, just as I had said before, I would step aside if he decided to return.

‘He said that seemed perfect but he told me that he no longer wanted me. I was in a state of shock. I let the staff know and I wondered what I had done wrong.’

Moreno had stepped up to manage the team after Enrique resigned in June to spend more time with his nine-year-old daughter Xana, who tragically died of bone cancer two months later.

And with Moreno at the helm, Spain’s qualification for Euro 2020 was secured, with the former world champions topping their group after eight victories from their ten games.

Read More:Robert Moreno admits he remains confused why Luis Enrique excluded him from