Several alleged victims of sexual abuse by Haiti Football Federation (FHF) president, Yves Jean-Bart, have said they have received death threats after a case was opened against him, according to reports.

Reports made by The Guardian last month suggested that Jean-Bart sexually abused young female footballers at the country’s national training centre, which is now being investigated.

The report claims that Jean-Bart denied allegations that he coerced several players at the association’s training centre in Croix-des-Bouquets into having sex in incidents going back five years. The centre was built with a FIFA grant. 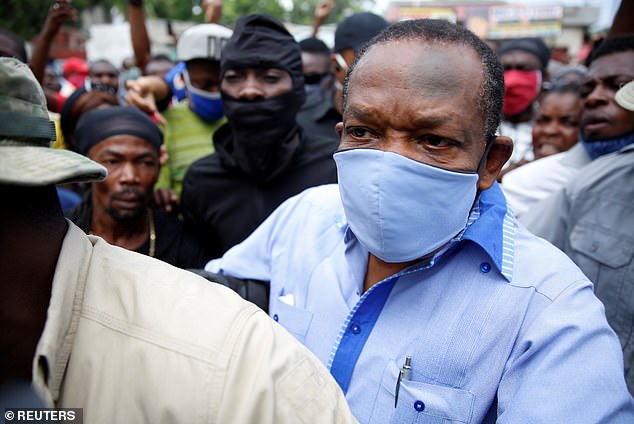 Yves Jean-Bart, president of the Haitian Football Federation, arrives at his hearing at the Crois-Des-Bouquets prosecutor’s office after being accused of sexually abusing young footballers

The newspaper has also claimed that new abuse victims have come forward since and that those linked to the case have been approached by ‘gangsters’ that have threatened their families.

Following claims of the sexual abuse, FIFA have decide to provisionally suspended Jean-Bart for 90 days while investigations are carried out.

‘In accordance with articles 84 and 85 of the FIFA Code of Ethics, the investigatory chamber of the independent Ethics Committee has provisionally banned Mr Yves Jean-Bart, President of the Haitian Football Federation (FHF), from all football-related activities at both national and international level, for a period of 90 days,’ FIFA said in a statement on Monday.

‘This sanction has been imposed in connection with ongoing investigations concerning Mr Jean-Bart. 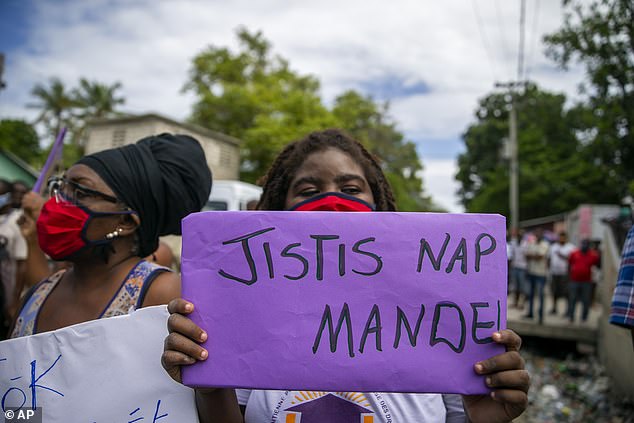 ‘Mr Jean-Bart was notified of the decision today (Monday). The provisional sanction comes into force immediately.’

Multiple allegations were made against him by alleged victims, their friends and family members, detailing how he coerced girls into sex by threatening they would lose their places in national team programmes.

Denying the accusations, he told The Guardian there was ‘clearly a manoeuvre to destabilise the FHF, the character of the president and his family.’

Jean-Bart arrived at his hearing at the Crois-Des-Bouquets prosecutor’s office on Monday as protesters lined the streets in Haiti.

‘I have to say goodbye’: Marc Jurado pens emotional letter to thank Barcelona as