‘HE wanted to take charge at the Euros. He’s disloyal. That’s a defect’: Ruthless Luis Enrique reveals why he axed former friend Robert Moreno on his return as Spain boss

Luis Enrique made his official return as head coach of the Spain team on Wednesday morning in Madrid, admitting that he felt betrayed by his former No 2 Robert Moreno.

Moreno took over from Luis Enrique in June when he resigned to care for his nine-year-old daughter Xana before she died of bone cancer in August. 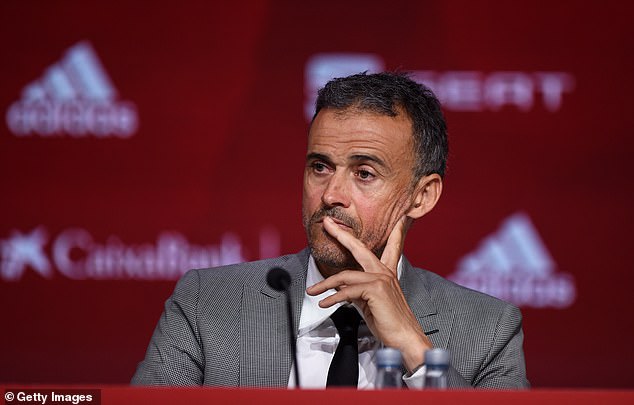 Moreno saw Spain safely into next summer’s tournament but then left the job in tears after the last qualifier without giving his final post-match press conference.

The Spanish Football Federation [RFEF] reappointed Luis Enrique the following day amid suggestions he had not wanted Moreno on his staff.

Explaining the events of the last two weeks Luis Enrique said: ‘I feel like I have come back home. It’s a special day for me and my family.

‘I am a person who usually steers clear of controversy but today I fell obliged to give an explanation because this is about someone I worked with for many years.

‘I am the only reason why he [Moreno] is not in my staff.

‘The fall-out comes from a meeting we had on September 12 at my home. It’s the only day we had contact.

‘We had a 30-minute meeting and I understood that he wanted to take charge of the team in the Euros [next summer] and to then go back to being my No 2 afterwards.

‘I understand his position but I don’t share it and I would not have done that.

‘I said I wanted to come back. I then called every member of my staff asking for their opinion.’ 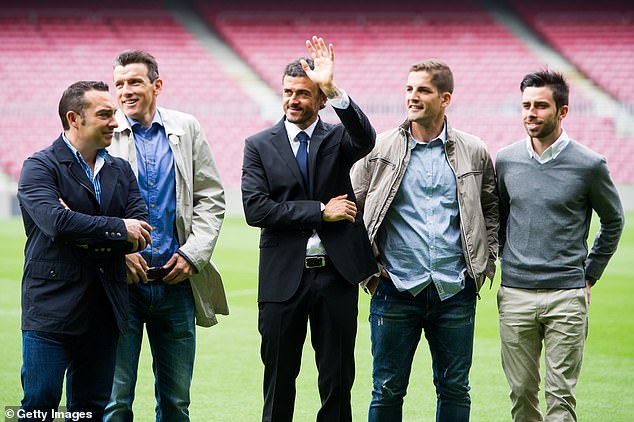 Asked if he felt more let down by Moreno as a coach or a friend he added: ‘I have no reason to criticise him professionally. As far as the personal goes, I had no doubts until the words said one thing and the actions said another. I am not the good guy in the film. But I’m not the bad guy either.’