By Michael Searles For Mailonline

The Russian football team reconvened for the first time since they hosted the World Cup and began the international break by celebrating their manager’s 55th birthday by wearing fake moustaches and special t-shirts.

Stanislav Cherchesov became a cult figure in Russia during the summer as he led his country on an historic run to the World Cup quarter-finals.

Reunited two months later, the players all put on fake moustaches in order to look like Cherchesov along with specially made t-shirts of their boss in an astronaut outfit on the front. 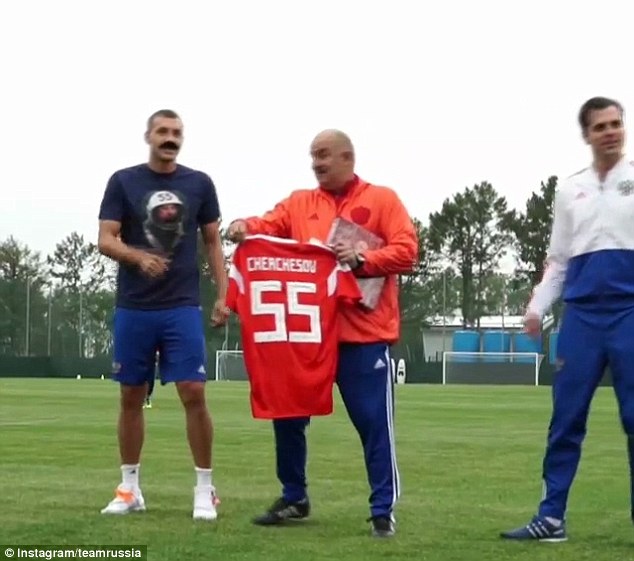 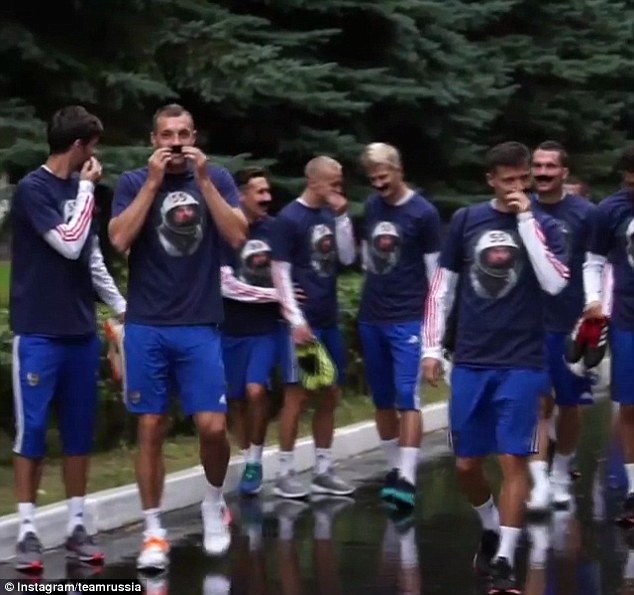 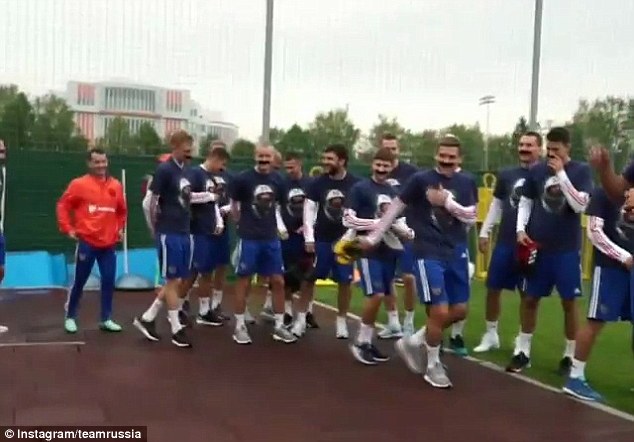 To commemorate his birthday the Russian players also presented Cherchesov with a gift and a Russian shirt that had his name and age printed on the back.

The relationship between the group and the managerial staff is strong on the back of their best World Cup run since 1970.

Before the tournament, no one had given the hosts a chance, with many ruling them out of even qualifying from their group.

But the home nation was ecstatic after a 5-0 thrashing of Saudi Arabia in the opening game and things only improved from there for Cherchesov and his men. 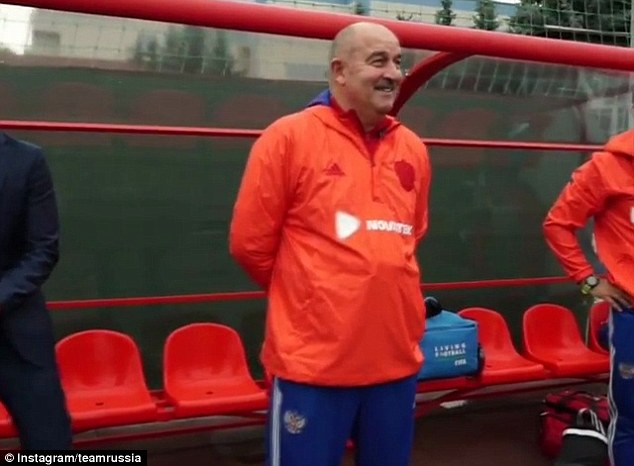 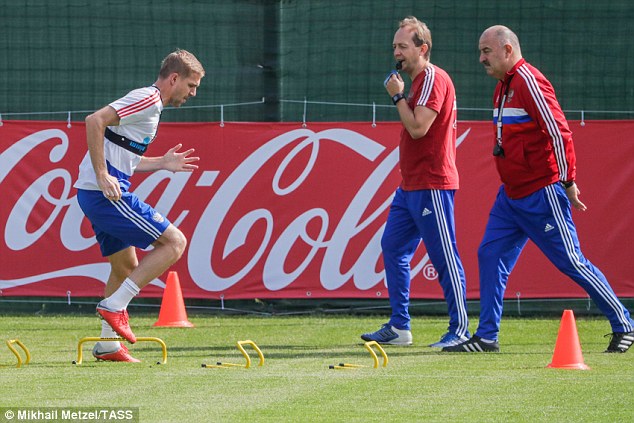 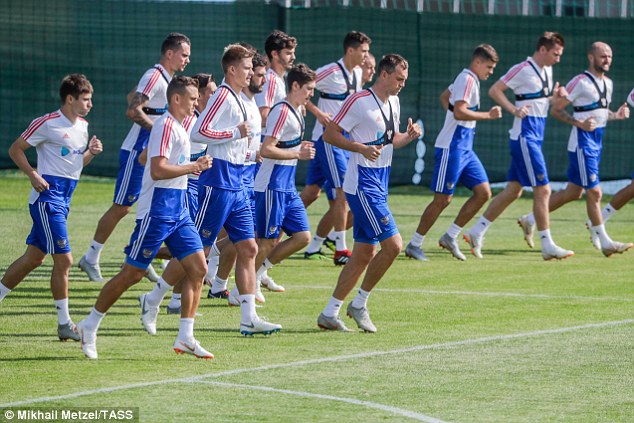 In their second group game they faced and beat Mohamed Salah’s Egypt before losing to Uruguay in the final match.

In the round of 16 they came up against Spain and went through on penalties following an heroic display, but it was penalties that undid them in the quater-finals as they lost to eventual finalists, Croatia.

It was a successful tournament for Cherchesov and his Russian team, who had been dubbed as ‘doomed to fail’ by the Moscow Times prior to the tournament.

Now the squad are back together and begin on the road to Euro 2020.

Russia and Valencia midfielder Denis Cheryshev is under investigation by Spanish