Robert Moreno has refused to shed any further light on the nature of his exit as Spain manager after being dramatically forced aside for Luis Enrique this week.

Moreno worked as Enrqiue’s assistant at Roma, Celta Vigo and Spain and took the reins of the national team when Enrique stepped down following the death of his daughter in August.

He was at the helm for nine matches and led Spain to qualify for Euro 2020 but, while initially saying he would always stand aside if Enrique wanted to return, appears to be upset with how the situation was handled. 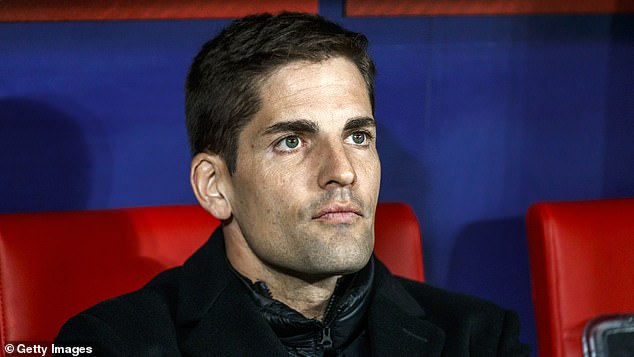 ‘I don’t know [what’s happened, ask Luis Enrique,’ Moreno was quoted as saying by Marca when asked about a dramatic week.

‘I think it’s better for both parties if it stays between us. If the other side wants to, then speak [out].

‘I have nothing to say because I don’t think it’s good for anyone.

‘Firstly, it wouldn’t be good for me. And it allows me to think about myself at the moment.’