‘It is not about revenge’: Didier Deschamps insists France’s focus is on securing Euro 2020 qualification against Turkey… not seeking payback for their shock 2-0 defeat in June

France coach Didier Deschamps has shrugged off talk of revenge ahead of his side’s potentially crucial Euro 2020 qualifier against Group H rivals Turkey.

The Turks secured a 2-0 win in Istanbul in June and a repeat performance would leave Senol Gunes’ side in pole position to confirm top spot.

But Deschamps dismissed the importance of the previous meeting for a game which could see his own side seal first place and qualification with a victory. 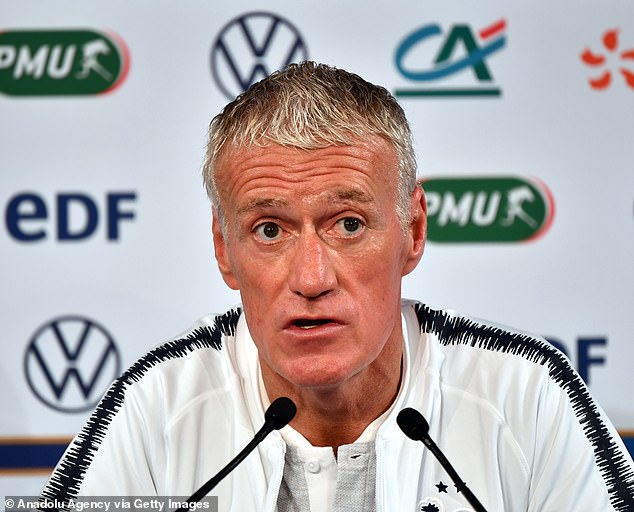 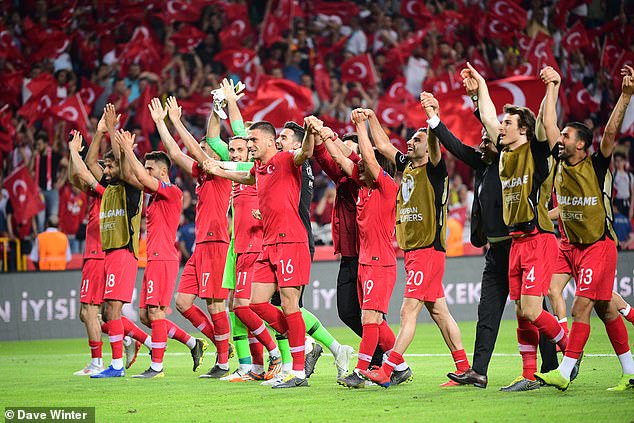 Deschamps told French media: ‘We know the importance of the match tomorrow, but it is not about revenge.

‘They beat us in June and we remember that. We have watched the video but it is not necessarily the same match. We are at home and it is going to take a lot of different things.’

There will be tight security of at the Stade de France ahead of a game which takes place amid escalating diplomatic tensions between the two nations in the wake of Turkey’s bombing of Syria.

Deschamps is set to add N’Golo Kante to his injury list after the midfielder pulled up prior to the 1-0 win over Iceland, joining Hugo Lloris, Kylian Mbappe and Paul Pogba on the sidelines. 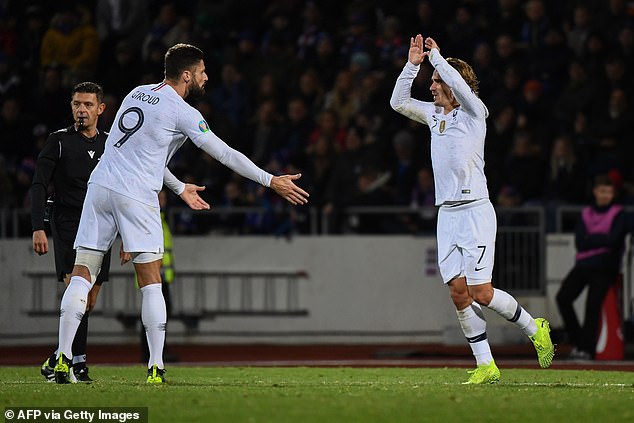 Turkey had an equally unimpressive performance last week as they required a last-gasp strike from Cenk Tosun to edge past Albania.

The two teams are level on 18 points, but defeat for either side could leave them just three points above third-placed Iceland with two games to play.

Gunes is convinced the added importance of the game against France will inspired a much-improved performance from his side, and heap pressure on their opponents.

Gunes told Turkish media: ‘Against France it is important to play our own game and not to focus on the battle for points.

‘They want to book a ticket to the finals as soon as possible, and that creates a pressure on them. After all, France are the world champions, and we are playing an away game.’ 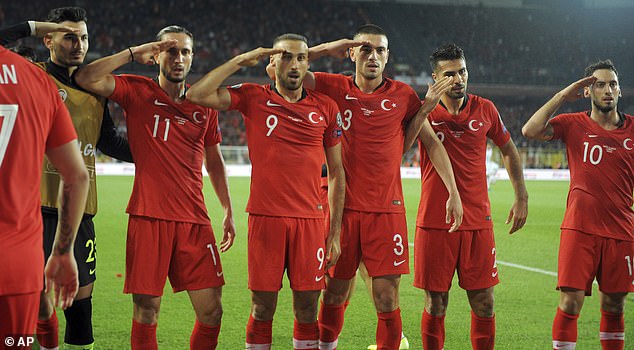 A win against France can secure Euro 2020 qualification for Turkey, who beat Albania 1-0