‘He dreams of playing there’: Kai Havertz has his heart set on Premier League move, says Leverkusen team-mate Wendell… giving a huge boost to Chelsea in pursuit of German starlet

Leverkusen star Kai Havertz is ‘dreaming’ of a move to the Premier League, according to his team-mate Wendell.

The German midfielder is one of the hottest prospects in world football after quickly rising to prominence in the Bundesliga, and he has been linked with a move to some of the top clubs in Europe.

He has scored 16 goals from the middle of the park for Leverkusen this season, showing huge maturity in his performances and gaining the attention of clubs like Chelsea and Real Madrid. 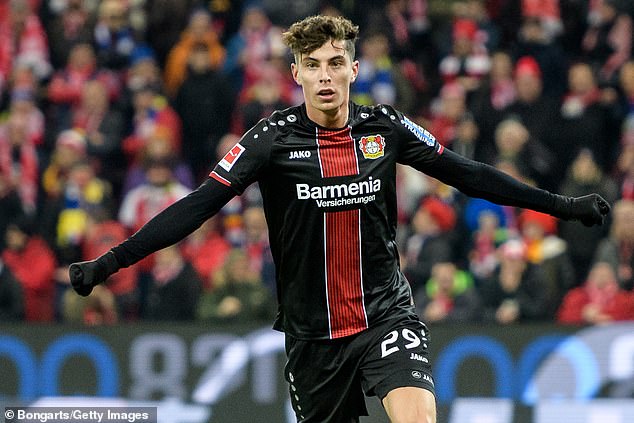 Kai Havertz is dreaming of playing in the Premier League, according to team-mate Wendell

But it is the Blues who would appear to have the edge in the tug of war over the 21-year-old after Brazilian left-back Wendell admitted Havertz has his heart set on a move to England.

Chelsea have shown a statement of their intent for next season in signing highly-rated Leipzig foward Timo Werner and Ajax midfielder Hakim Ziyech. The addition of Havertz – rated at around £75million – would make them serious contenders for the Premier League title.

Wendell backed him to be a success if he does end up moving to the Premier League and called him ‘a complete player’. 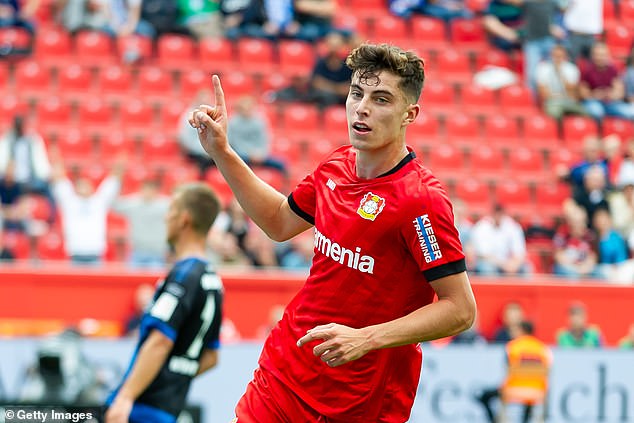 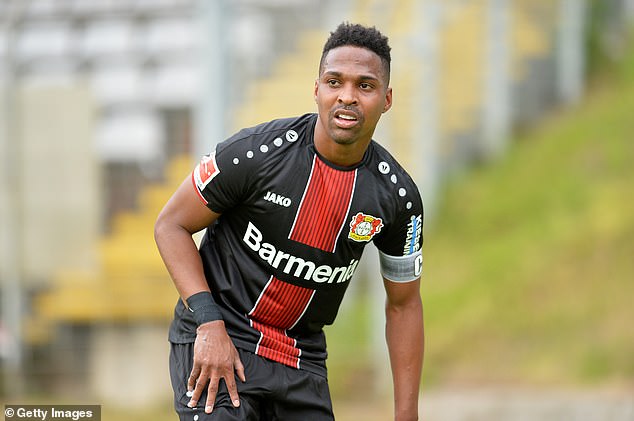 ‘Psychologically, the Germans are very focused people,’ said, as reported by the Sun.

‘They are very concentrated on what they want. If he goes to the Premier League, he will learn a lot.

I think Kai dreams of playing there. He has that desire, and I think he decides to play in England he will be a success.

‘He’s a complete player. If you play him as a No9 or No10 a little bit behind, or if you put him out wide, he’ll know what to do.

‘He has a facility to understand what the manager wants. He finishes well with both feet. He’s strong with his head, he has good technique.’ 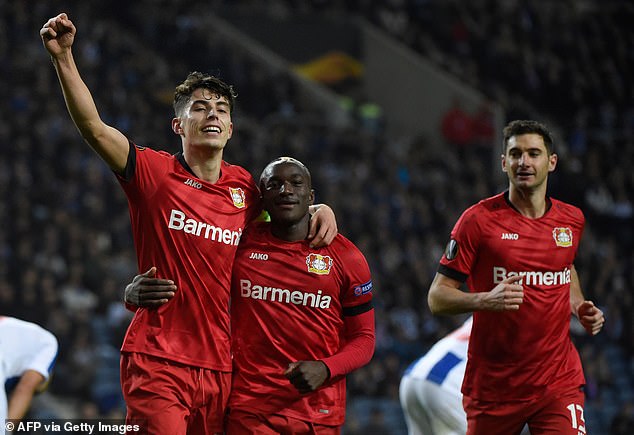 In addition to his goal threat this season, Havertz has provided eight assists for his team-mates to help them in their bid for a top four spot.

Having joined Leverkusen’s academy at 11, he made his debut for the club just six years later as he was introduced in 2016. He has gone on to play 147 times, scoring 44 times – including 20 last season.

Last week Chelsea boss Frank Lampard called him a ‘top player’, but said the club had not…

Euro Icons – 2004: When Wayne Rooney had the world at his feet