A group of six are risking arrest by walking around wearing football team shirts of Spain, the Netherlands, Brazil, Mexico, Argentina and Colombia to subtly display the colours of the stripes of the Pride flag.

Those involved in the project named Hidden Flag have taken pictures outside the Red Square and the Russian Orthodox cathedral in Moscow, as well as travelling on the underground and standing next to police officers. 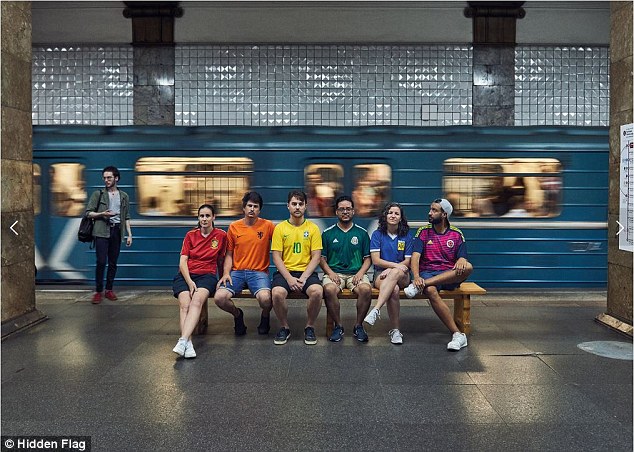 Why is the Pride flag banned in Russia?

Although same-sex relationships were de-criminalised in Russia in 1993, there are no laws prohibiting discrimination against gay, lesbian, bisexual and transgender people in the country. In addition to this, Russia still remains a conservative country when it comes to these issues.

Larger cities like Moscow and Saint Petersburg are thought to have thriving LGBT communities, but a resistance towards gay pride parades and violence against homosexuals still exists in Russia.

In 2013, a federal law was passed which made the distribution of materials among minors that supported non-traditional sexual relationships illegal. This has since been perceived as a criminalisation of LGBT culture.

Displaying the Pride flag, which is considered to be a symbol that celebrates LGBT communities in Russia and therefore, propaganda can result in arrests.

Yelena Goltsman wrote on Vox that when Vladimir Putin first made the promotion of ‘nontraditional sexual relationships’ to minors illegal in what was dubbed the ‘anti-gay’ law, it resulted in calls for boycotts of ‘Russian vodka, Russian gasoline, Russian artists visiting the US, and attendance of the Sochi Olympics’. 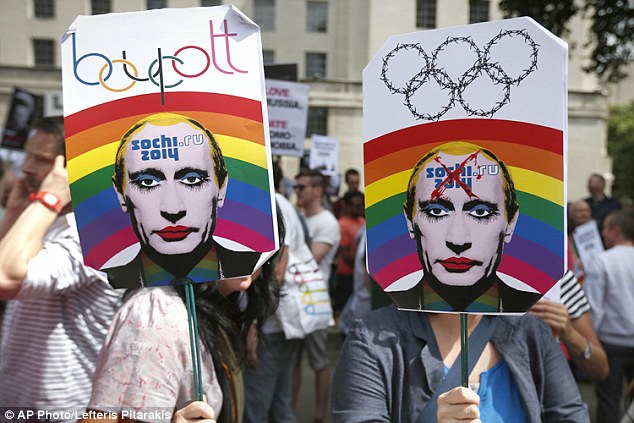 Protesters called for the Winter 2014 Olympic Games to be taken away from Sochi, Russia

She continued: ‘Now, as the world gathers to watch the FIFA World Cup hosted by Russia, I’m both angered and resigned to the fact that commentators, athletes, and politicians are paying so much less attention to these LGBTIQ abuses.

‘It’s not because these issues have gone away. It’s because so many other human rights abuses have festered under Russia in the years following the Sochi Olympics that we’re fighting for attention. But that does not make the relative silence on Russia’s abysmal track record on LGBTIQ rights okay.’

Goltsman added that because there are no laws protecting the LGBT community, fans and players are at risk of violence from other fans or even paramilitary organisations and the police.

The Russian government also planned to deploy Cossacks to guard the World Cup games in the city of Rostov-on-Don and report gay men who kissed in public, according to Vox.

She also suggested that corporate sponsors like Budweiser, Coca-Cola, Adidas and others,…