Russia defender Ilya Kutepov shows off gruesome foot injury suffered just 20 minutes into Croatia defeat… and he played until the end of extra-time!

Russia‘s players gave their all to reach the World Cup semi-finals on Saturday night – and nobody did more than defender Ilya Kutepov.

The Spartak Moscow centre back injured his right foot just 20 minutes into the penalty shootout defeat by Croatia, but completed the match and played the entirety of extra-time in Sochi.

A gruesome image of Kutepov’s foot has now emerged, showing the extent to which he was hurt during the fiercely contested quarter-final clash. 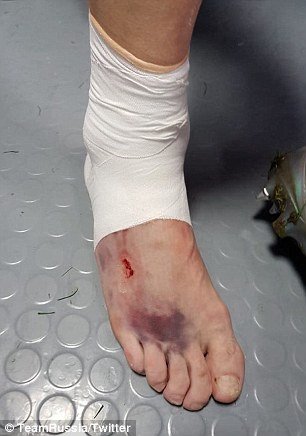 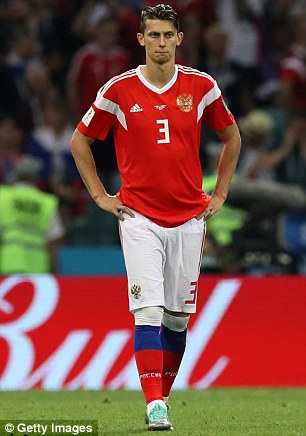 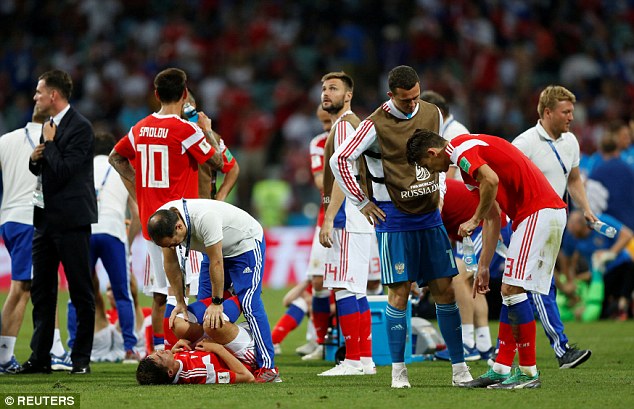 The photo shows a small gash on the right side of the 24-year-old’s foot and a large, purple bruise towards the base of his toes.

Despite the injury, Kutepov bravely battled on, playing another 100 minutes of football before a heartbreaking loss on spot-kicks sent the hosts crashing out.

Russia’s official Twitter account shared the picture with the caption: ‘The leg of Ilya Kutepov is an additional confirmation of the fact that the team did everything that they could and even more!

‘The injury was received in the first half, and there was still 100 minutes ahead…’ 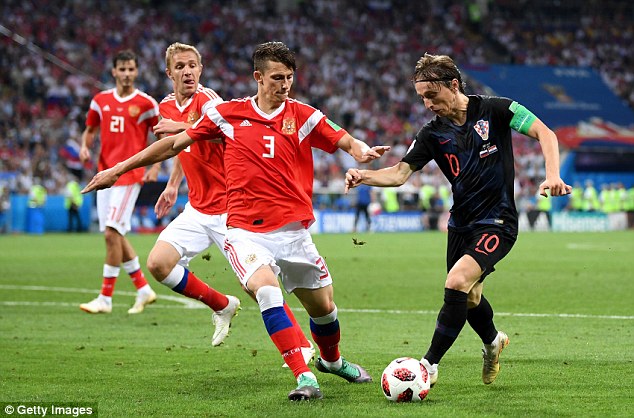 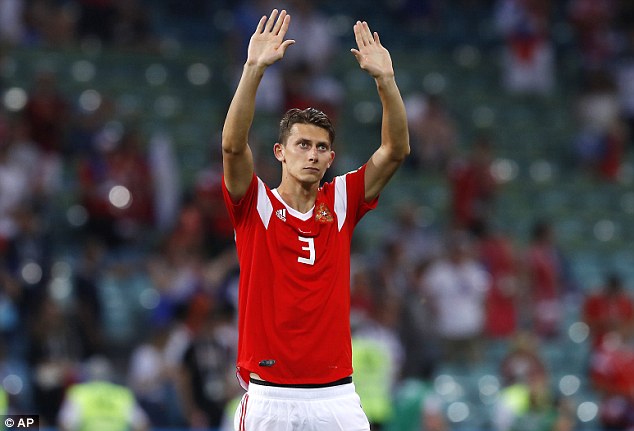 Russia were hoping to set up a historic semi-final against England, but it will be Croatia who take on Gareth Southgate’s men in Moscow on Wednesday.

Zlatko Dalic’s side have required penalties to advance through both knockout rounds so far, while the Three Lions overcame Colombia on spot-kicks in the last 16 before easing past Sweden on Saturday.

France and Belgium contest the other semi-final in Saint Petersburg on Tuesday.