Russia World Cup doctor confirms hosts sniffed ammonia to help blood flow and breathing: ‘You can go to any pharmacy and buy it… this is not a case of doping’

By Alex Cope For Mailonline

The Russian national team have been accused of sniffing ammonia which helps increase lung capacity before their historic victory over Spain and defeat by Croatia at the World Cup.

The accusations concerning what is commonly known as smelling salts were made by German newspaper Bild and have reportedly been confirmed by the Russian team doctor.

Team doctor Eduard Bezuglov reportedly admitted that Russian players had sniffed ammonia before the matches, saying: ‘It is simple ammonia which pieces of cotton are dipped into and is then inhaled. Thousands of sports-people do it to stimulate themselves. It has been used for decades.’ 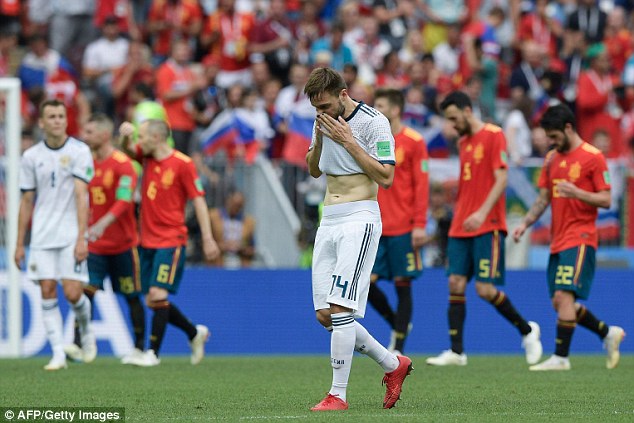 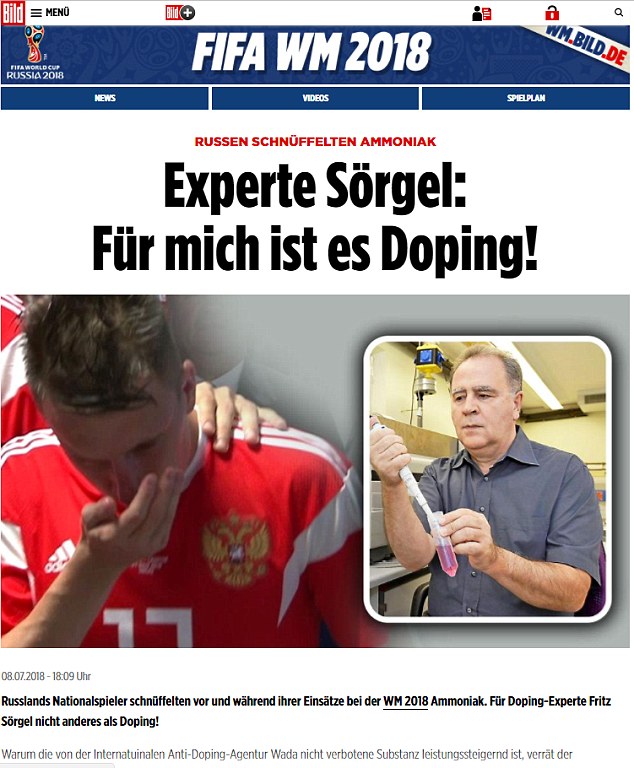 Ammonia is not classed as a prohibited substance in international anti-doping regulations but it can improve athletic performance by stimulating breathing and improving the flow of oxygen in the blood.

Sportsmail’s Charles Sale revealed in his column on July 6 that Russia player Vladimir Granat were using ammonia to help with breathing.

Russian players were snapped allegedly sniffing the ammonia-drenched pieces of cotton before their matches against Russia and Spain.

Ammonia can help athletes’ breathing and blood flow before performing but it is not prohibited by FIFA’s anti-doping laws.

It can be bought over the counter in Russia and Bezuglov said: ‘It is not only used in sport but in people’s daily lives when someone loses consciousness or feels weak, simply because of the strong smell it gives off.

‘You can go to any pharmacy and buy ammonia and cotton, this is not a case of doping.’

And another German newspaper, Suddeutsche Zeitung, claims that the use of ammonia by Russian footballers was treated as ‘something as common as using shampoo in the shower’. 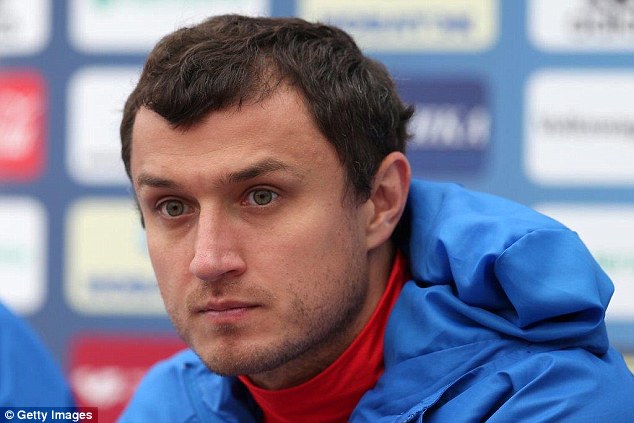 Germany 4-0 Belarus: Toni Kroos at the double as Joachim Low’s side seal Euro