‘To experience this again now is going to be some journey’: Two-goal Aaron Ramsey wants Wales to make history after booking their place at Euro 2020

Aaron Ramsey is determined to help Wales eclipse their memorable Euro 2016 campaign after scoring twice to send them to next year’s finals.

In his first competitive appearance for his country in more than a year, Ramsey scored both goals in the 2-0 victory over Hungary to guarantee automatic qualification.

The midfielder, who joined Juventus in the summer after his Arsenal contract expired, was a key man in Wales’ run to the semi-finals four years ago – but missed the last-four defeat by Portugal due to suspension. 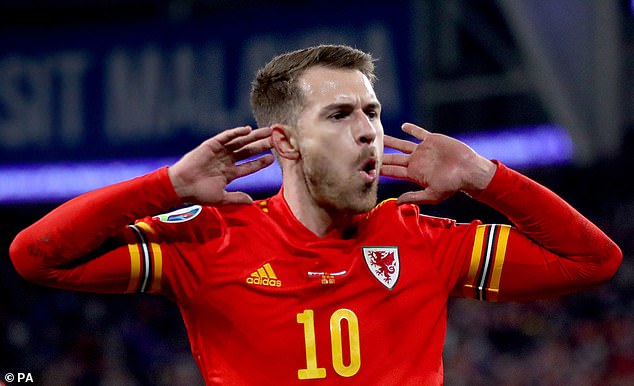 ‘It was obviously a disappointing ending to the Euros for me by missing out on the semi-final,’ said Ramsey.

‘Those things happen and now I have the opportunity to go out there and express myself again and hopefully we can have another successful run like we did last time.

‘I’ve not been involved for a year but it makes up for it that I helped to chip in with a couple of goals to send us through. It was a great effort from the players, from the staff, everyone involved so to experience this again now is going to be some journey. We’re looking forward to it.

‘To do back-to-back Euros is something special. It was very disappointing not to make the World Cup. But we learned from that experience to bring it back here and to win in the manner that we did was a nice experience.’ 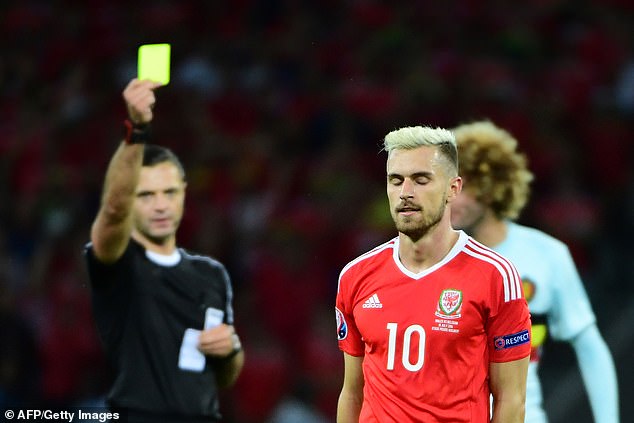 Wales will discover at the draw on November 30 who their group-stage opponents will be, with Ramsey already eyeing a possible meeting with Italy, who will play their first-round matches in Rome.

The 28-year-old added: ‘I’m enjoying my time over there at the moment so that would be nice.’