France boss Didier Deschamps denied that his team’s lacklustre display in the 2-1 victory over Moldova was down to Les Blues having already qualified for Euro 2020.

Turkey’s draw with Iceland earlier on Thursday had eased any pressure on France, guaranteeing their place at next summer’s tournament, and Deschamps’ men put in an underwhelming performance in Paris.

With the need to win removed, Les Bleus made a sloppy start as calamitous defending from Clement Lenglet saw Vadim Rata give the visitors a shock lead with nine minutes on the clock. 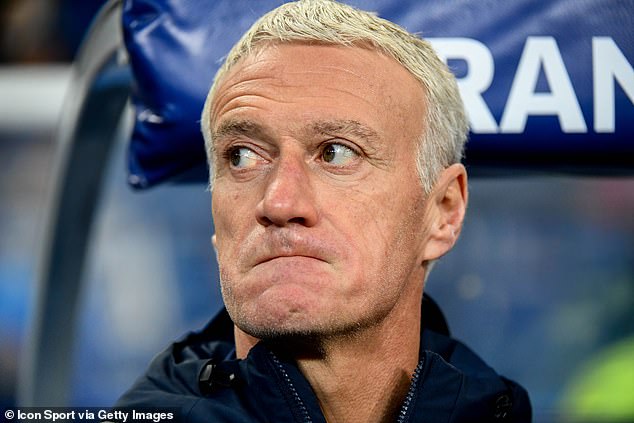 Raphael Varane headed an equaliser before half-time and a late penalty from Olivier Giroud got France out of jail, with the three points moving them to the top of Group H.

Asked if being qualified before kick-off had an effect, Deschamps told L’Equipe: ‘I do not think so and I do not hope so because it’s not enough to be qualified. The possibility of finishing first came with a victory.

‘Our first goal came from an error by their goalkeeper but our first-half performance was insufficient. I am not satisfied with our attacking play in the first period.

‘In the second half we were more consistent, even if we lacked efficiency. We had 17 strikes, not always on target, but in the first half it was too little. 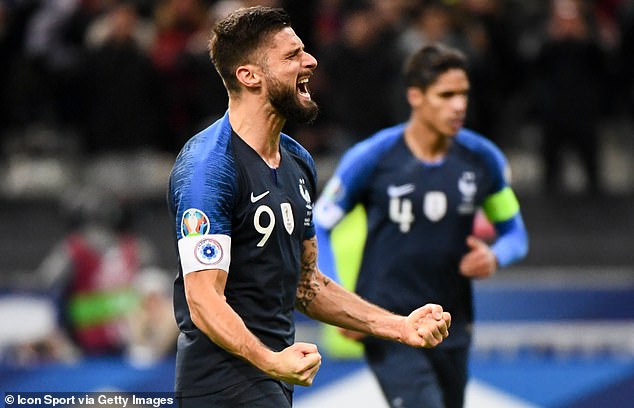 ‘There was a tendency to ask for the ball only in the feet and not in behind. There was not enough movement and availability. It was too static, there was a lack of mobility. But I don’t think this was because of the result in the earlier match.’

Deschamps revealed he was angry with his players at half-time before going on to praise Giroud.

‘I can sometimes be hard or very hard with them. There is so much potential in this team that when I do not see what I want to see, I say it. I tell them,’ he said.

‘He (Giroud) is effective. How he plays allows other players to have goal chances too. He made the decision to shoot the penalty and he did well. It explains why he plays with us despite his playing time at Chelsea.’

Read More:Didier Deschamps insists France were not complacent in lacklustre win over