Defender Sergey Ignashevich has announced his retirement from football afterRussia lost to Croatia in the World Cup quarter-finals.

The 38-year-old holds the Russian record for most international appearances with 127 and his last act on a football field was to convert a penalty in Saturday’s shootout loss to Croatia.

In a video statement released by the Russian team, Ignashevich says ‘I feel pleasure and peace because I’m finishing on a high note by playing at the World Cup, in a quarter-final with an excellent team and an excellent coach.’ 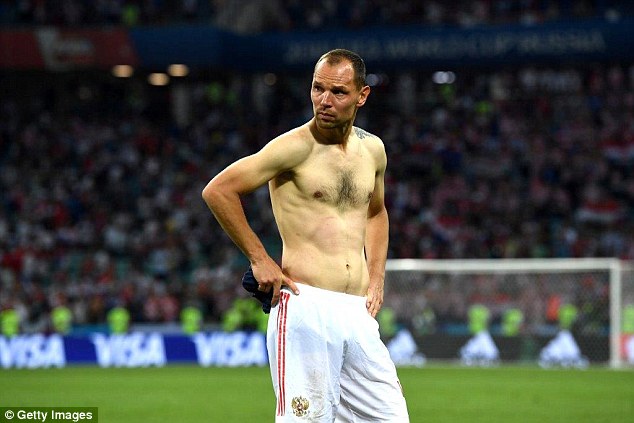 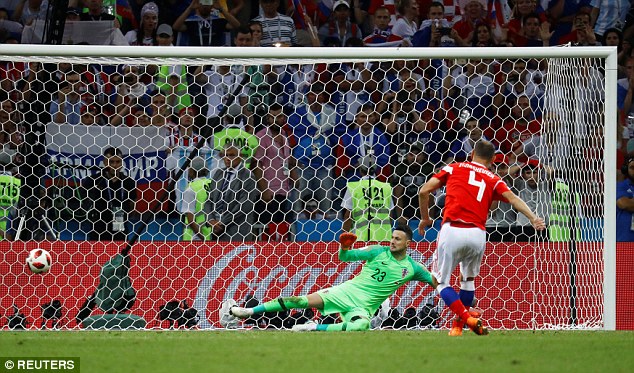 He adds that he would have retired earlier if not for the World Cup and now plans to become a coach.

Ignashevich started all five of the host nation’s games at the World Cup.

He won the UEFA Cup with CSKA Moscow in 2005, as well as six Russian titles, five with CSKA and one with Lokomotiv Moscow. 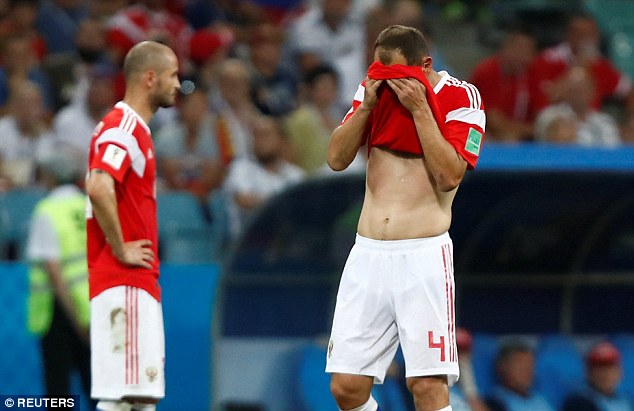 The outcast: After his Liverpool nightmare, keeper Karius is trying to rebuild