The football match that started a WAR: 30 years on from Zvonimir Boban kicking a


As one of modern European football’s finest playmakers, Zvonimir Boban is remembered for his elegant passing, outstanding vision and impressive leadership during nine years representing Croatia and AC Milan.

Yet despite a stellar career on the pitch and his work as an administrator with FIFA and Milan, there is a single moment that will always define him: the attack on a policeman on May 13, 1990, the day of the abandoned game between Dinamo Zagreb and Red Star Belgrade that many view as a key point on the road to war in the former Yugoslavia. 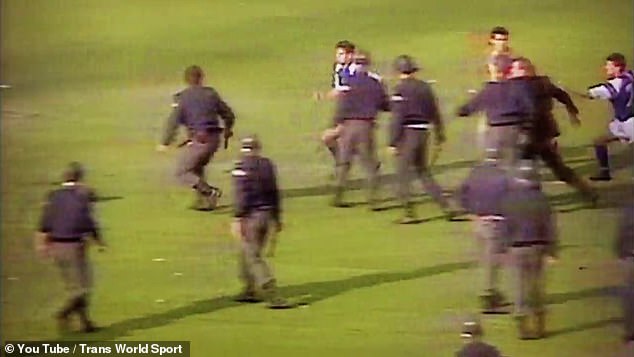 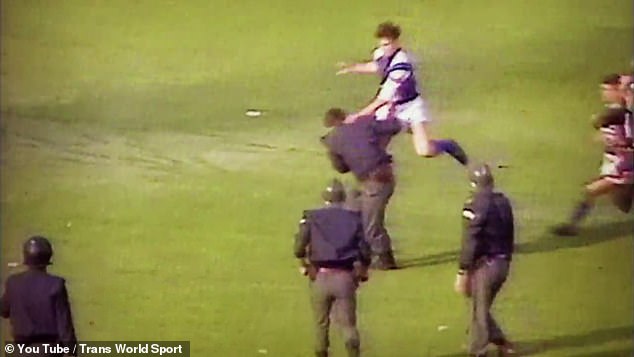 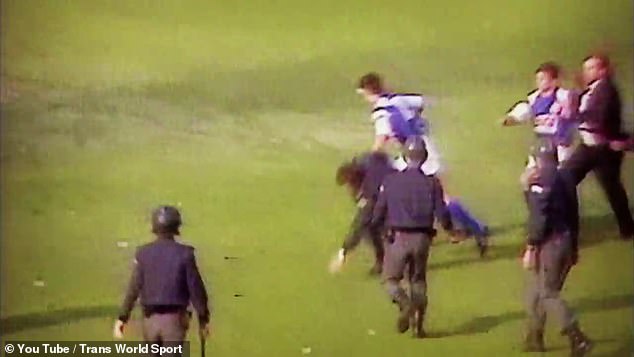 Boban’s clash was one of many on the pitch and in the stands. It meant 65 fans were prosecuted and hundreds were injured, including 79 police officers.

It would be simplistic to say these events led directly to the fighting that followed. Yet as Boban remembers: ‘That derby reflected everything that had been going on in our society and everyday life. Yugoslav football reflected Yugoslavia.’

Exactly 30 years have passed since the Maksimir Stadium riot and the footage is as powerful today as it was then. After an initial scuffle, Boban turns and launches himself through the air, striking the officer in the back.

Around them, supporters, police officers and players are caught in the chaos. In that moment, Boban ruined his chances of playing for Yugoslavia in the 1990 World Cup – he was ultimately banned for six months – but became a hero for many in Croatia. 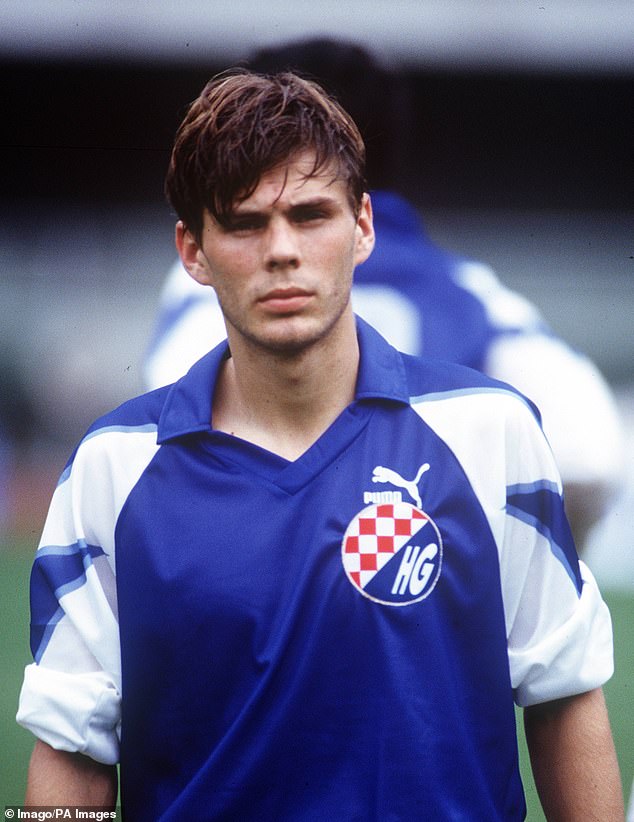 Boban, pictured playing for Dinamo Zagreb in 1990, was one of the players to stay on the pitch 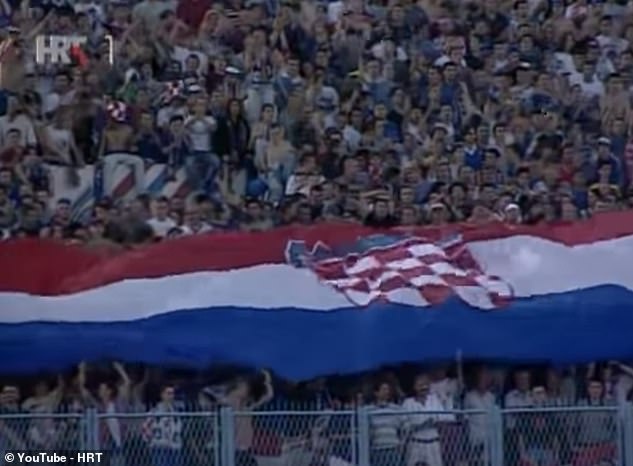 ‘I swore at one of the police officers, he hit me and that’s how the brawl started. As you can imagine it was very difficult but I think I would do the same again,’ said Boban.

‘I could see the police were only treating our (Dinamo’s) fans badly and I got increasingly frustrated as I was thinking about all the great injustices that had been done to people over the years, to the fans and also to us.’

‘(Boban) said something to me but I couldn’t understand him,’ recalled Refik Ahmetovic, the police officer involved. ‘He kept looking at me and I could see in his eyes that we might be about to clash.

‘I looked over my right shoulder, and saw he was already in the air with his knees and arms together. He kicked me and knocked me to the ground.’

Both Boban and Ahmetovic were speaking in a documentary – A Kick For Independence – More Than A Game – that is as fascinating as it is chilling. The matches…

Read More:The football match that started a WAR: 30 years on from Zvonimir Boban kicking a