‘Leo Messi will still play with us for the next two, three, four or five years… I have no doubts’: Barcelona president Josep Maria Bartomeu quashes exit talk and insists star is going nowhere

Barcelona president Josep Maria Bartomeu has made the bold claim of reassuring supporters that talisman Lionel Messi will not be leaving the club.

Messi recently revealed he turned down the offer of a lucrative lifetime contract at Barca, because he did not want to be completely tied down by the club.

Now, however, Bartomeu has told fans that he expects the living legend to stay for the immediate future, suggesting the 32-year-old could be with Barca for another five seasons. 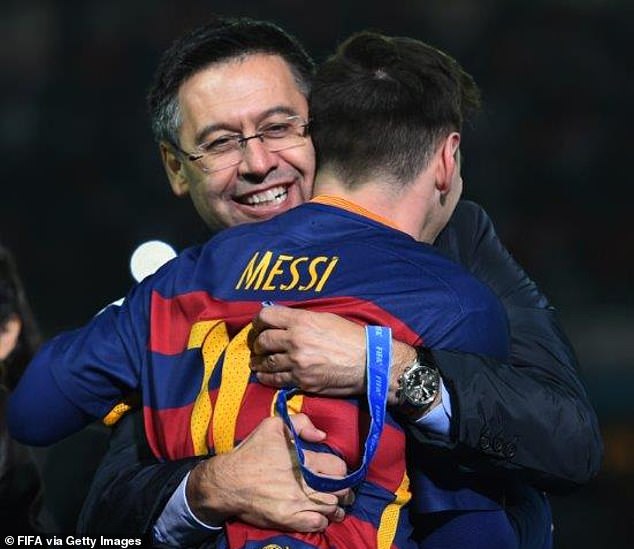 ‘Leo Messi will still play with us for the next two, three, four or five years. I have no doubts about that,’ Bartomeu said in the post-match press conference following Barca’s 4-1 win over Celta Vigo, in which Messi scored a hat-trick.

‘Surely it will be the wish of all parties, if he (Lionel Messi) feels strong and ambitious, to extend this contract indefinitely,’ said Bartomeu.

‘Ultimately it is he who must decide. He has earned the right to decide when he will stop playing football. But like he said a few weeks ago, he wants to finish his playing career at Barcelona. 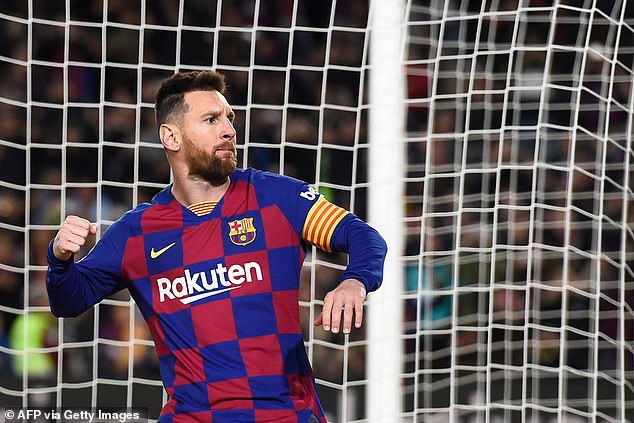 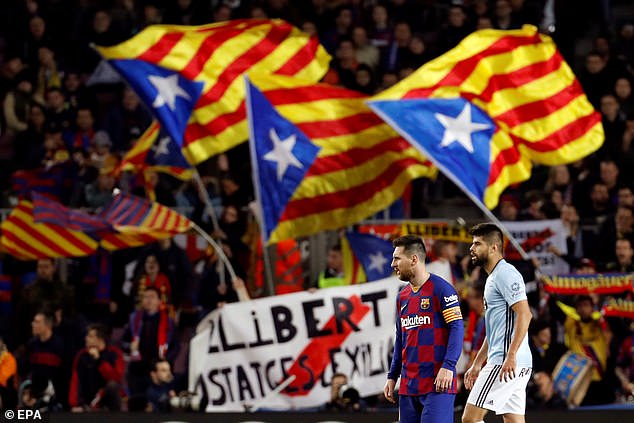 ‘Over the next two or three seasons, our leader will continue to be Leo Messi. There’s no doubt that he is still young, still strong. He is still ambitious.’

Though Messi is under contract until 2021, a clause inserted within his current deal means the club could see him leave the Nou Camp for nothing in the summer.

Bartomeu insisted he believes Messi has already gone down as the best player ever to grace the game, and added that the Argentine will forever keep his strong connection with Barca.

‘I have no doubt that after Messi finishes his career as a footballer, he will remain linked to this club for the rest of his life,’ Bartomeu added.

The win saw Barca pull top of the La Liga table alongside Real Madrid, with the two rivals on 25 points from 12 matches played.

Messi also sits second in the division’s scoring stakes, with eight for the season so far and four assists along the way. Madrid’s Karim Benzema currently leads the way with nine domestic strikes to his name.